Skip to content
March 27, 2022/Comments Off on Red Stars Report: Red Stars upset but Mahomes was happy with KC win over Chicago 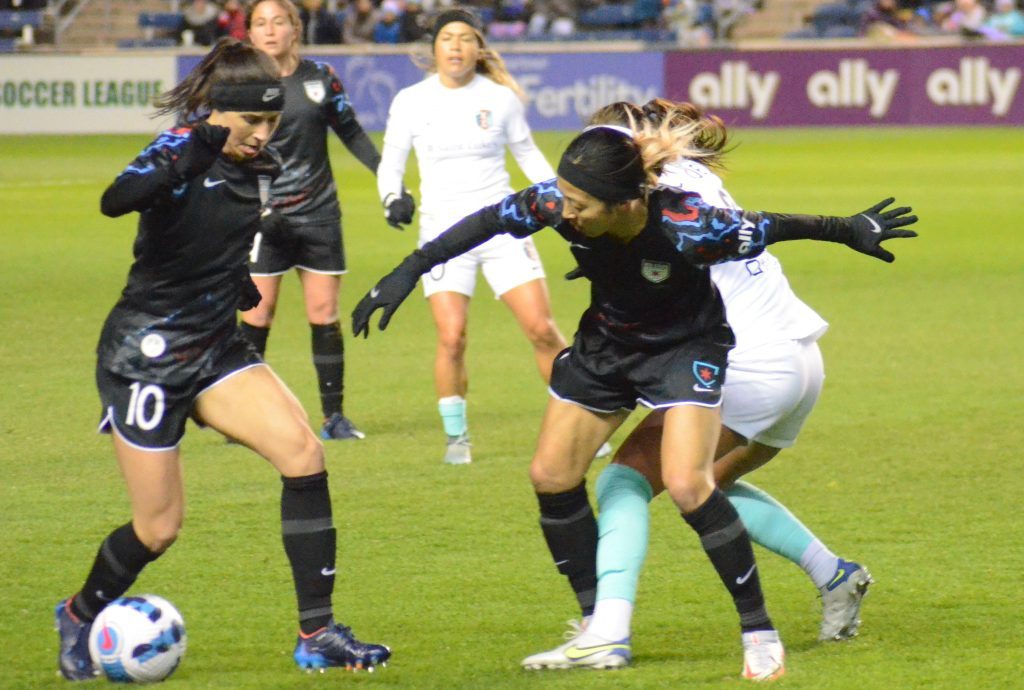 Red Star Yuki Nagasato (right) tries to clear a path for Vanessa DiBernardo on March 25 against Kansas City. DiBernardo scored Chicago's only goal in a 3-1 loss at SeatGeek Stadium in Bridgeview. (Photos by Jeff Vorva)

Leading up to the Challenge Cup home opener against the Kansas City Current, the Chicago Red Stars were feeling pretty good.

“They come out and have fun,” he said on March 24. “Everyone is smiling. I can’t think of anything that would have made it any better.”

Those good feelings, however, were erased the following night after a 2-1 loss to Kansas City in front of an announced crowd of 2,604 at chilly SeatGeek Stadium in Bridgeview.

Coupled with a 3-1 win at Houston to open Challenge Cup play, the Red Stars were 1-1 with four more matches to go in pool play.

It was the first time the Kansas City franchise beat the Red Stars, and that did not sit well with Chicago’s players.

“We need to take advantage of our chances when they come,” said defender Arin Wright. “We can’t, honestly, piss them away. We’re a young team, but we have some old people as well who need to step up in these moments, and that’s on us.” 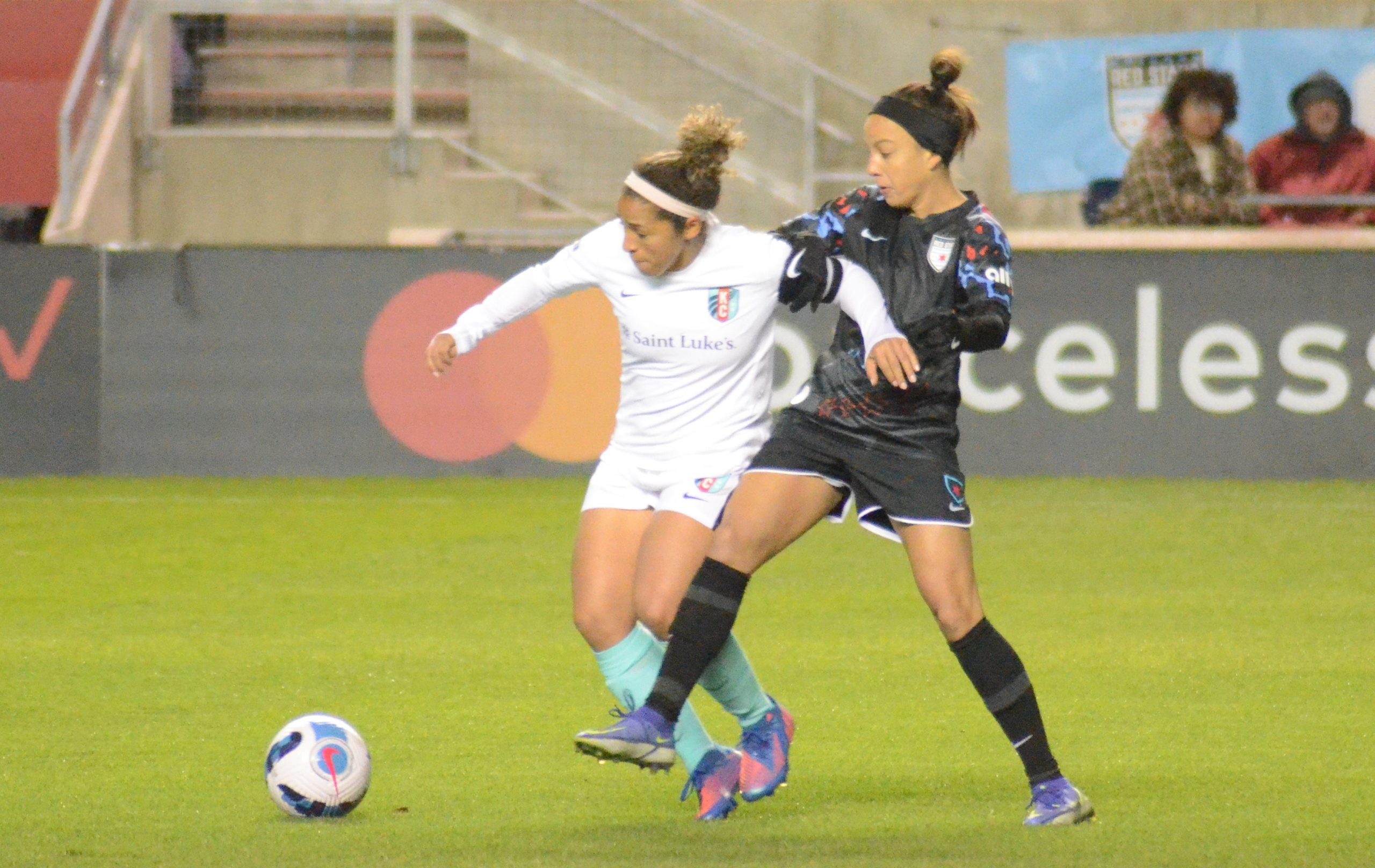 Chicago opened the scoring when Vanessa DiBernardo found the back of the net in the 22nd minute.

But Hailie Janae Mace scored in the 58th minute to knot things up and Kristen Hamilton put what turned out to be the game-winner in the 86th minute for K.C.

Petrucelli was not pleased with the blown lead or that the Stars failed to score more.

“I felt we should have been up 4-0 or 5-0,” he said. “We had the game in total control in the first half and even the beginning of the second half. Then we crumbled. I felt like we had three points in our hand and threw them away.

“They should be disappointed and upset. I feel like we need to become a team where if we get up 1-nil going into the second half, the game is over. You’re not touching the ball, you’re not getting the ball from us. You’re not creating chances and, if you do, we’ll do everything to stop you. We certainly weren’t that tonight.”

Davidson injured
One of the Red Stars’ top defenders, Tierna Davidson, is nursing a knee injury and missed the game.

Petrucelli wouldn’t give specifics but said she will be “out for a little while.”

The Current tweeted that the long-distance goal from beyond the box is a “very early Goal of the Year candidate.”

Houston beat Louisville 3-2 on March 25. After being down 2-0, Houston scored three goals in a 10-minute stretch. 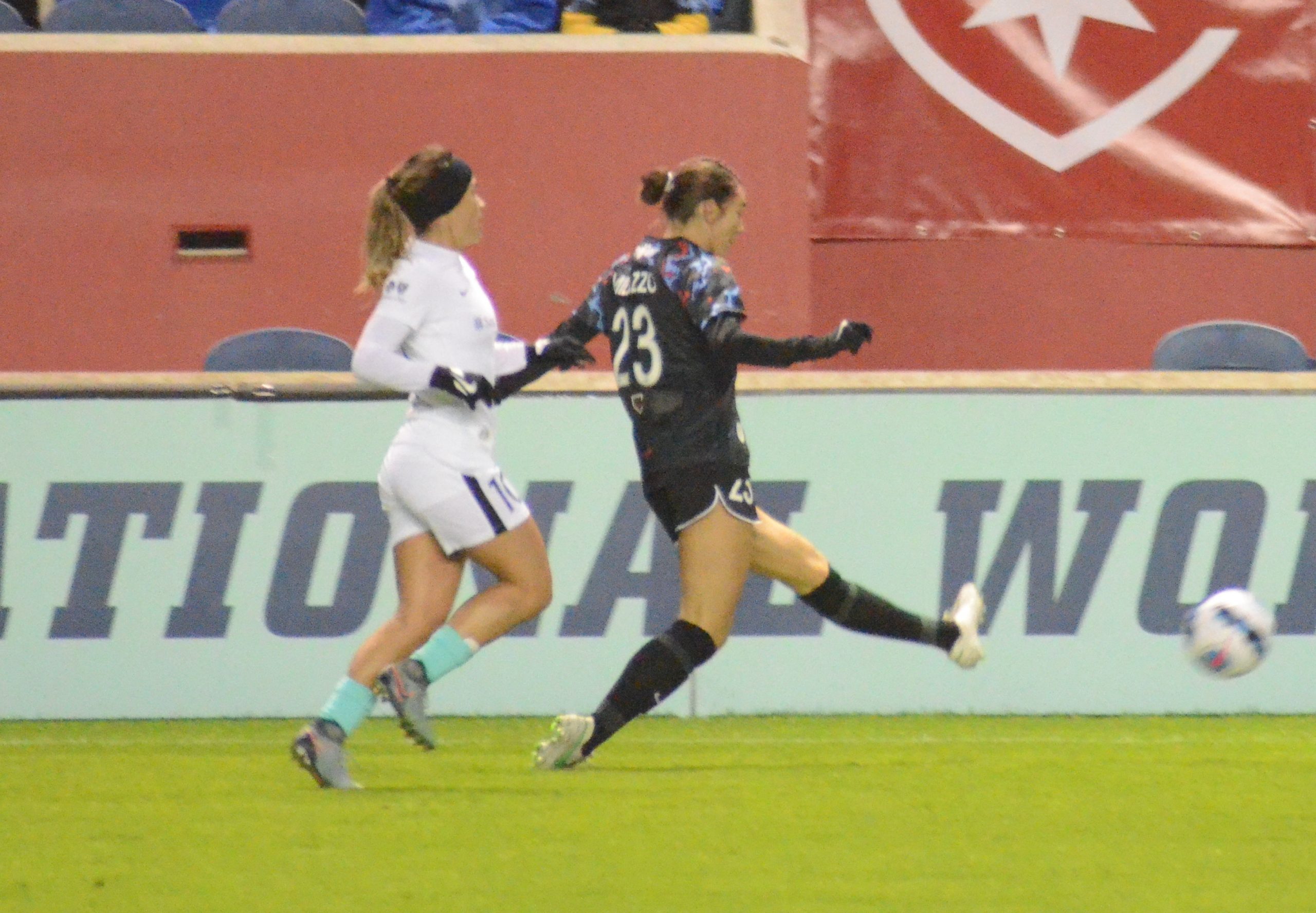 Orland Park native Tatumn Milazzo moves the ball forward for the Chicago Red Stars in a 2-1 loss to Kansas City on March 25.

By PETER HANCOCK Capitol News Illinois [email protected]illinois.com SPRINGFIELD – The Illinois State Rifle Association has joined forces with other gun rights advocates in filing a federal lawsuit challenging the state’s new ban on the sale and manufacture of semiautomatic weapons and high-capacity magazines. It’s the latest legal challenge to the law, which went into effect…