Skip to content
March 29, 2022/Comments Off on Hale hails police as ‘Hawk heroes’ 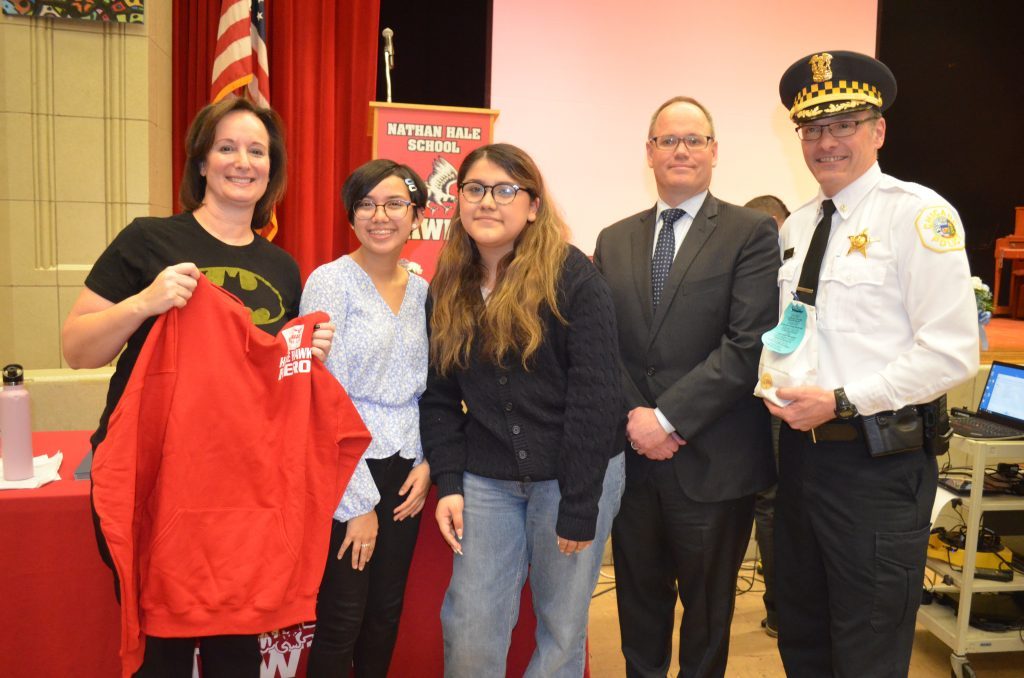 A handful of Chicago Police officers were hailed as Hawk Heroes by administrators, teachers and students at Hale School last week.

The honor was bestowed at a sometimes loud, joyful assembly at the Clearing school, in recognition of officers’ swift action to keep the school and surrounding neighborhood safe in the wake of a situation that could have turned deadly. 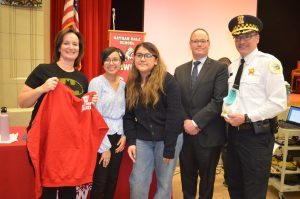 At about 2:30 p.m. on a school day last Nov. 17, five men in a black Pontiac Grand Prix were spotted by an unmarked police unit near 61st and Mulligan—a block or so west of the school. At least one of the occupants was seen firing a gun.

The vehicle then headed south on Mulligan, making its way to 65th Street, then east to Cicero, north to 63rd Street, then west. At one point, marked CPD units began following. The Pontiac sped up and just east of Austin sideswiped parked cars, as well as vehicles that were standing still in traffic.

That was captured on surveillance video and posted publicly on social media.

A CPD spokesman said five suspects bailed out of the Pontiac and fled on foot. At least two ran north, in the direction of Hale School. Four were arrested after brief foot pursuits by CPD. One remained at large. Five weapons were recovered, police added.

The school followed emergency protocols and went on lockdown. Compounding the situation was the coincidence that Nov. 17 was an in-person report card pickup day at Hale, so more parents than usual were near the school.

But no one was injured by the gunmen running through the neighborhood.

At the school assembly last week, Hale students saluted police with poetry, songs like “You’ve Got a Friend,” a free-form poetry reading, visual art projects, bags of candy and red Hale Hawk Hero sweatshirts. The hawk is the school’s mascot.

“This is phenomenal,” Chicago Lawn (8th) District Commander Bryan Spreyne said of the outpouring of gratitude. “It really fills the officers’ hearts. These children are our future, and it’s good to see them learning an appreciation for what police do. It’s reassuring to see this and know our society’s going to be in good shape for years to come.”

Agreeing was 13th Ward Ald. Marty Quinn, one of the City Council’s most consistent supporters of law enforcement. “It’s important to lift up our police, to recognize the great job they did [back in November]—especially since police morale is at a low right now. In the 13th Ward, people love the police and understand the importance of the job they do. So if we have an opportunity to thank them, we certainly will take advantage of it.”

Hale Principal Dawn Iles-Gomez said she has been “disillusioned by some of the [negative] things I’ve seen on the news. I don’t want to be one of those people who just complain. I want to make things better. [Last Nov. 17] was a very scary day for our community. The officers really stepped up—even an officer who was off duty.

“When I was a child, I was taught that if I had a question or I was scared or anything like that, I could always ask an adult in authority, like a teacher or a police officer,” she continued. “As a child, I felt good about that. It gave me comfort. I’m not so sure children today have that, so I want this school community to develop a positive relationship with the police so we can maybe give that same good feeling to our students.” 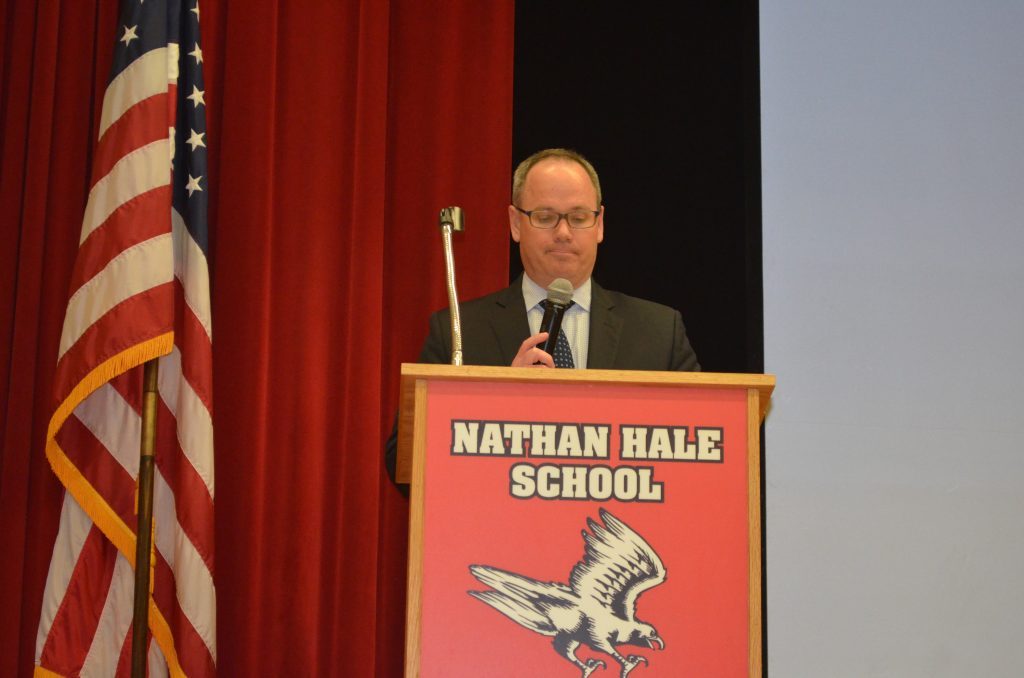 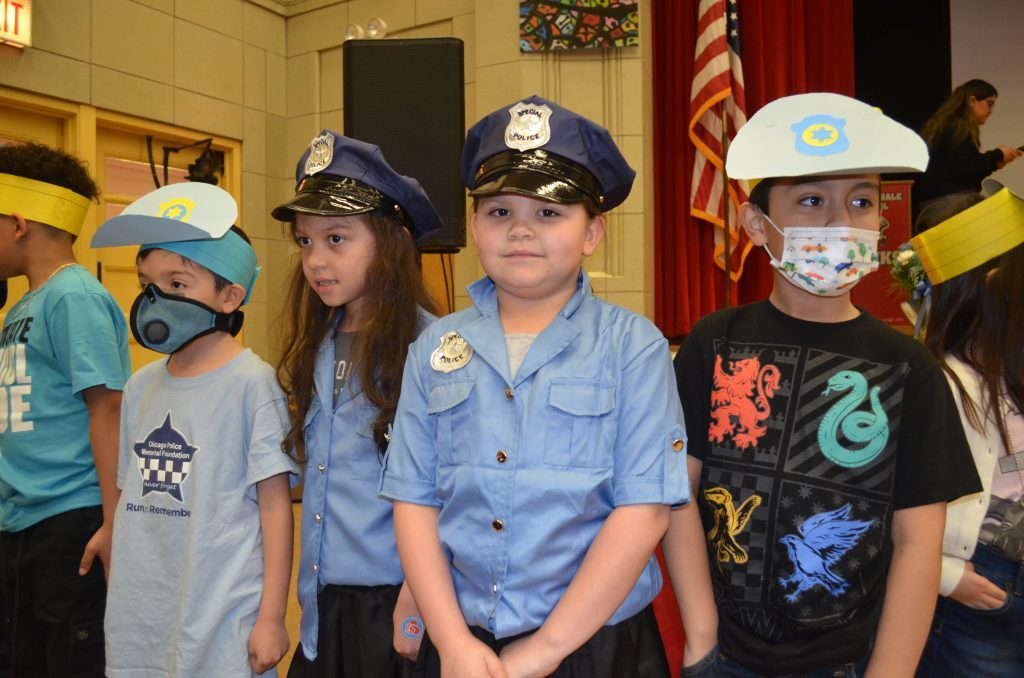 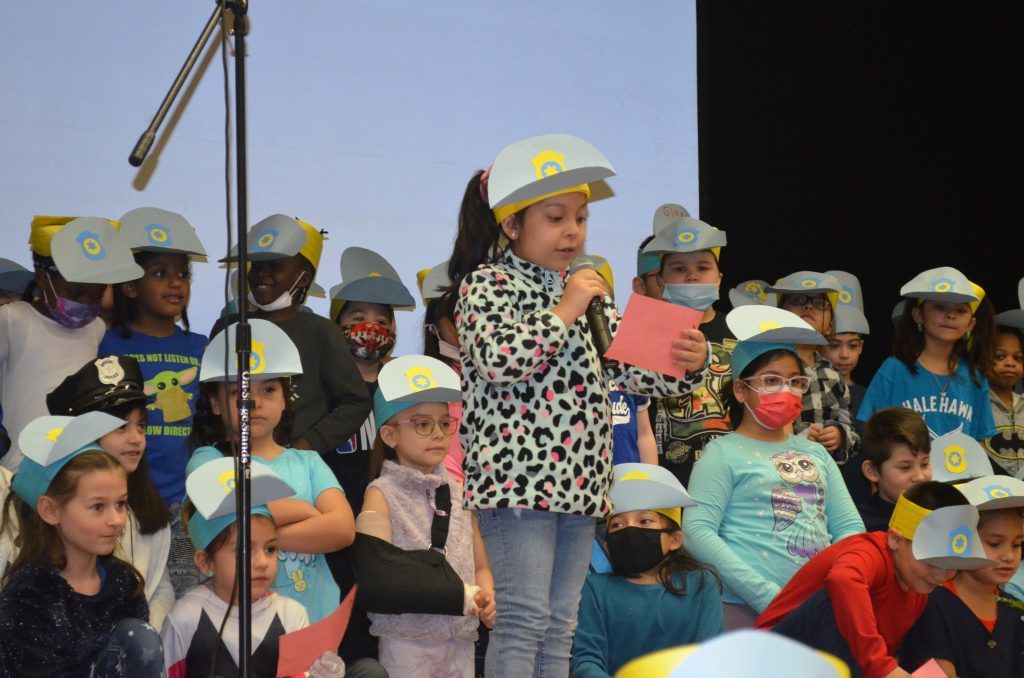 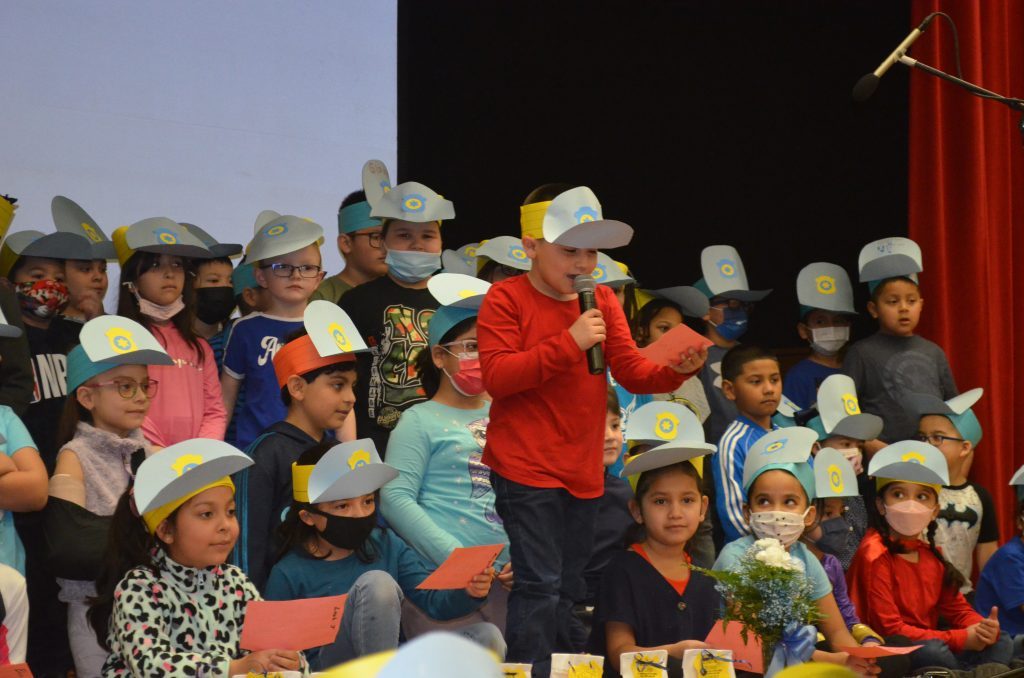 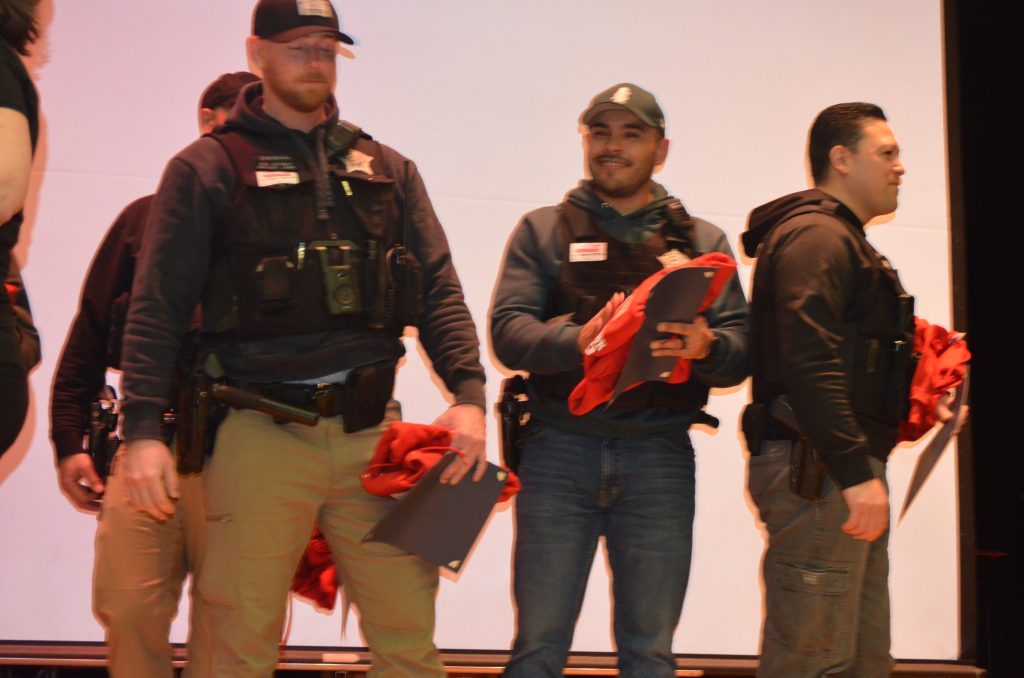