Skip to content
April 1, 2022/Comments Off on Forest View looks to generate more funds for village 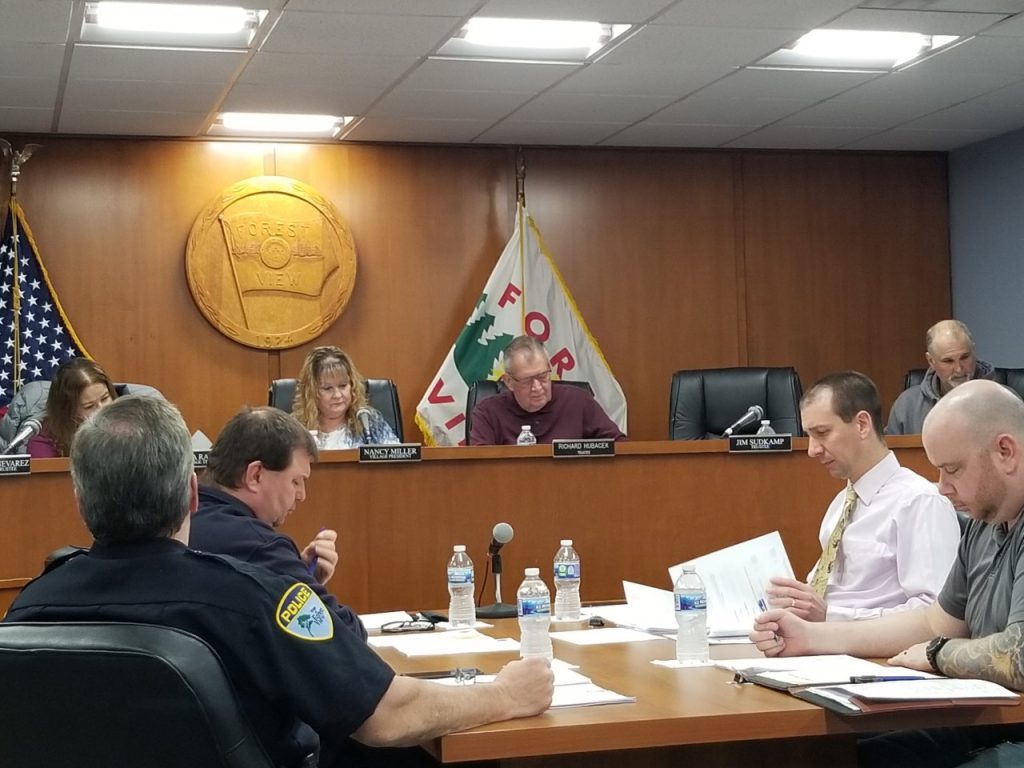 At its regular meeting last week, Village of Forest View officials looked at different ways to save, and bring in more money with a few changes most wouldn’t even recognize.

The village board approved an ordinance that would slowly increase the Municipal Gas Use Tax.

Most towns and cities in Illinois are at 5 percent on their Municipal Gas Tax. Forest View is one of the lowest, currently at 2 percent.

The idea is to have all residents, and businesses, pay their share regardless of whether they use Nicor for their gas supplier, or another company that uses Nicor’s lines to get the gas.

Village Administrator Mike Dropka informed the board of the findings of Azavar Audit Solutions. It’s a company that did a study on how much the village was making across the board on gas and electric that is supplied to the village.

They proposed changes for both.

After a presentation by Azavar, the board approved a plan to have residents and businesses alike, eventually pay the 5% Municipal Gas Tax over the next few years, with the increase being 0.5 percent at a time. The same would go for a tax on electric.

The average homeowner’s monthly gas and electric bill would eventually go up just a few dollars a month. For most, it would be approximately $4 to $5. In turn, the small increase would generate additional funds for the village that could be used for other projects and services.

“Because we don’t have this ordinance in place, we are not capturing 80% of the revenues that we could be capturing,” said Dropka.

There was also a resolution authorizing the submittal of an application for funding of roadway improvements through the Surface Transportation Program. It would be for work on 46th Street from Harlem Avenue to Oak Park Avenue.

This was passed, and is basically planning ahead. The village hopes to see this project done by 2026.

Another item discussed, and passed, was an increase in tow fees. Back in 2010, a tow fee of $500 was approved. Police Chief Steven Stelter took a look at the total number of tows and fees paid between Forest View and other towns, and he requested that be increased to $750.

This is when the village needs to tow a car because of a violation, or accident, etc. This will increase income to the village.

Also on the agenda was a letter to the board from Chief Steven Stelter requesting permission to classify two police vehicles as surplus and be able to sell. The idea is to get rid of the two older vehicles that have gone through wear and tear, and get money for them rather than have them sit unused.

Stelter also mentioned terminating an agreement that was made with a company a few years back to come up with rules and guidelines for the police department.

Stelter stated that the village was spending approximately $5,500 a year, which didn’t need to be spent. Since becoming chief, he is working on his own guidelines and handbook for the police department.

He added that his first four weeks as chief have gone well, and the interview process with his staff is going great. It’s giving them all a chance to get to know each other better.

A new business license was issued to Midwest Food Services LLC, which will operate out of the Best Foods location at 6500 W. 51st St. The manager at Best Foods requested to start an additional food service business out of the same location and will distribute food and restaurant supplies.

Forest View will have a meeting on their State of the Village on Thursday, March 31, at 6:30 p.m. It’s suggested that those wanting to attend RSVP to the village hall, so seating can be arranged.