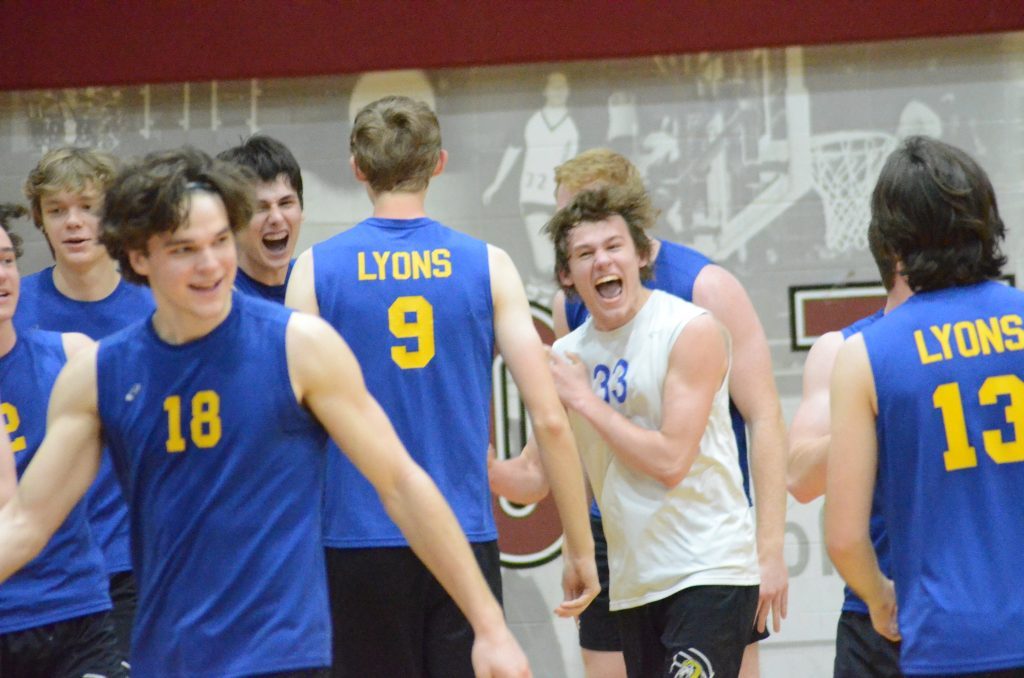 Lyons boys volleyball players have a spirited celebration after beating Lockport to win the 12-team Argo Invitational on Saturday. Photo by Jeff Vorva

A few last-minute changes in the schedule forced Lyons to head into the Argo Invitational with just two matches under its belt this season.

While some of the other teams in the tournament had played more matches, the Lions adapted and won the 12-team tournament with a 5-0 record, including a 25-23, 15-25, 25-23 victory over Lockport in the championship matchup on April 2 in Summit.

The players celebrated after the title match as if they won a state championship.

Playing five matches in two days, even with injuries and missing players, did Lyons a world of good.

“I think it’s working,” senior outside hitter Joe Watkins said. “The chemistry is coming around. When some guys would get down, other guys would pick them up. It’s just everybody coming together toward that one goal.”

Watkins and sophomore hitter Luka Kostic were named to the all-tournament team.

Last year, the Lions finished 11-14 and wrapped up the regular season with a three-set non-conference loss to the Porters.

St. Laurence finished 3-0 in the Bronze Bracket on Saturday, including a 25-19, 15-17 win over crosstown rival Reavis, while Shepard and Reavis each finished 1-2. 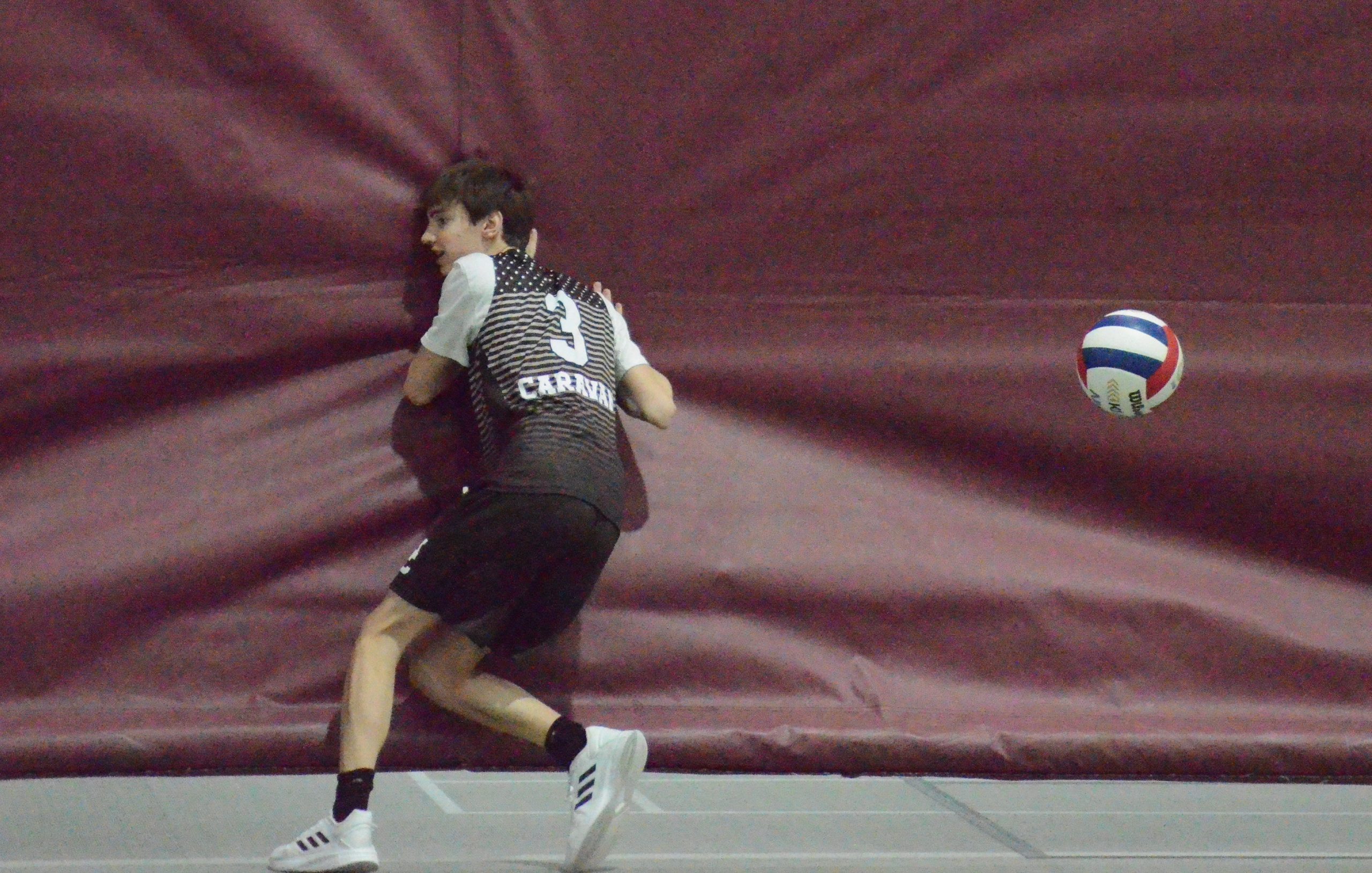 Mount Carmel’s Andrew Sippel shows hustle in trying to track down a ball and crashes into the canvas wall in the Argo fieldhouse on Saturday. Photo by Jeff Vorva

Strus is a member of the NBA’s Miami Heat and getting regular playing time.

Some of the proceeds from the camps will go to the Andrew Weishar Foundation.

Crusaders Nationally Ranked
After a perfect showing at the National High School Select competition in Georgia, Brother Rice’s baseball team picked up the No. 22 ranking in the nation according to Perfect Game USA and is ranked second in the regional rankings.

Ruby Red Hot
Oak Lawn softball player Ruby Amigon is off to one of the hottest starts in the area at the plate.

Even playing in less-than-ideal weather situations, the senior hit .750 in the first three games and drove in five runs.

He is the uncle of former Sandburg and Michigan pitcher Bryan Pall, who is in the Seattle Mariners’ minor league system. 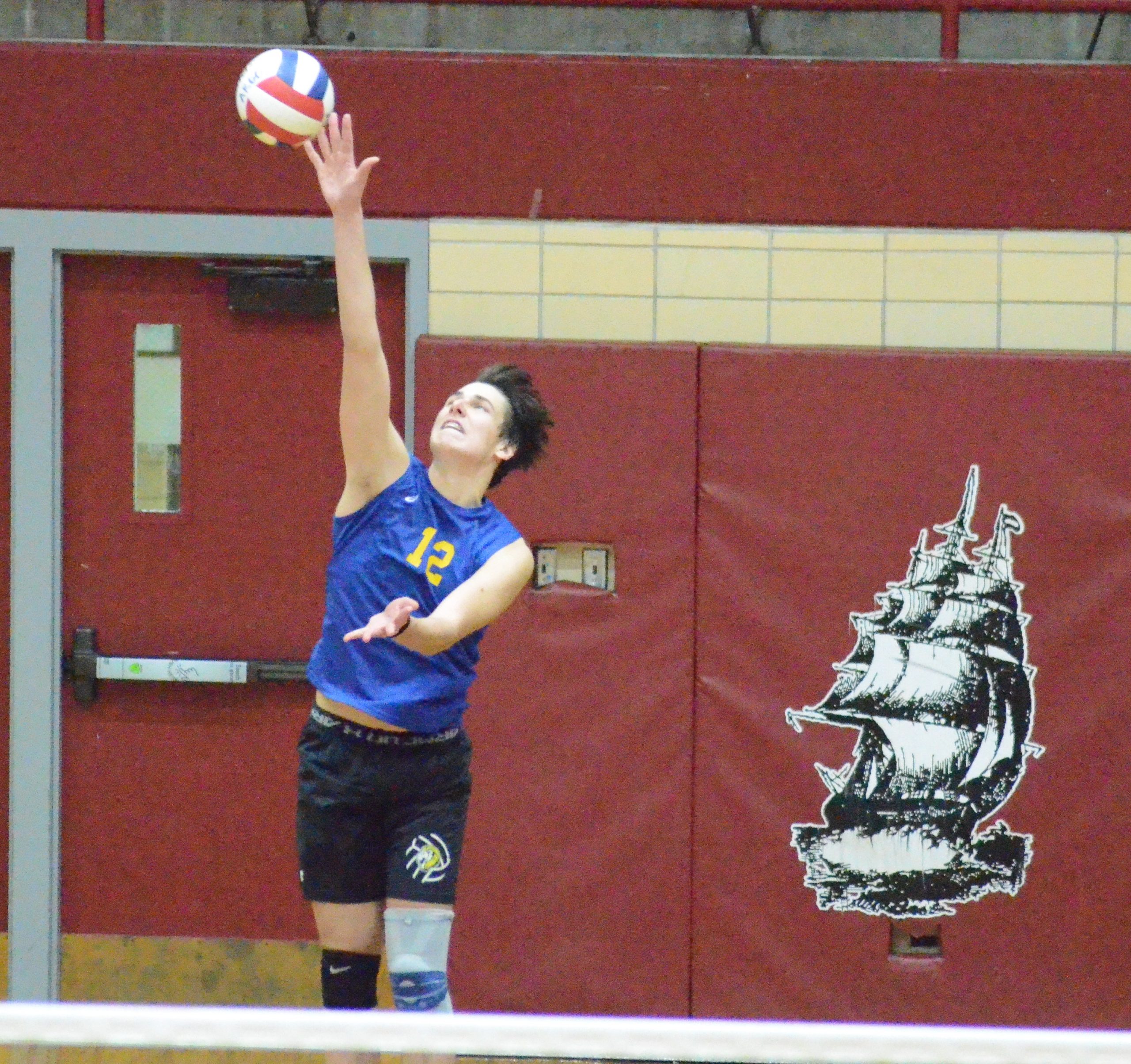 By JERRY NOWICKI Capitol News Illinois [email protected]is.com SPRINGFIELD – A contentious race for leadership of the state’s Democratic Party appears to be down to a single candidate ahead of a Saturday morning vote after the party’s current chair pulled herself from the running Friday. State Rep. Lisa Hernandez, backed by Gov. JB Pritzker and House…