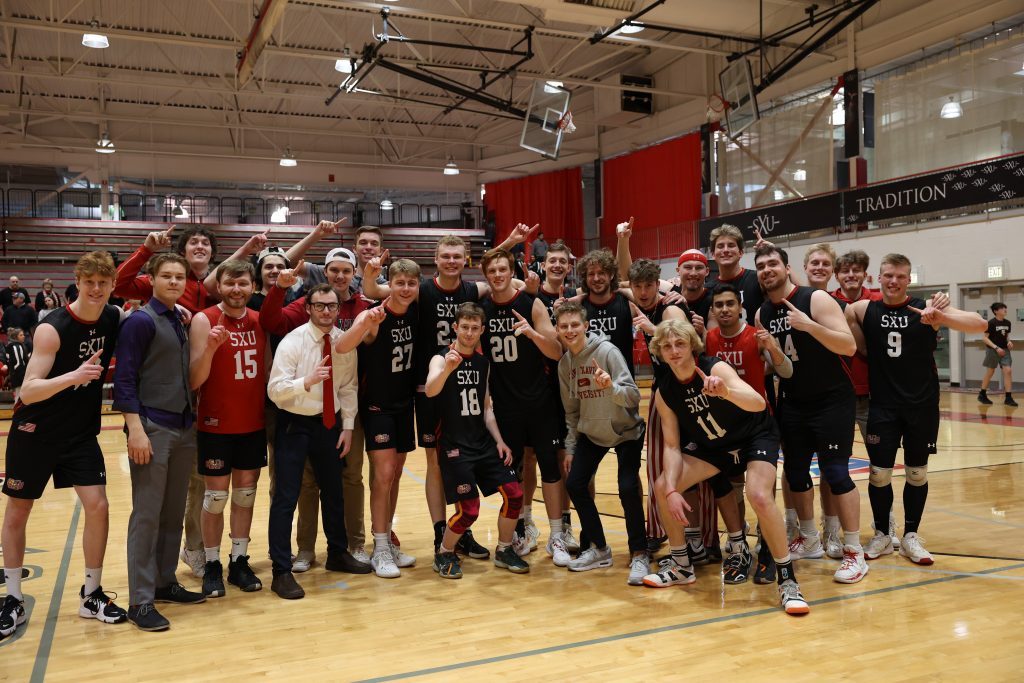 In this case, it means another trip to the NAIA National Tournament

The siblings from Minooka High School combined for 18 kills on Saturday to lead the Saint Xavier men’s volleyball team to a 25-23, 25-18, 27-25 victory over Judson to win the Chicagoland Collegiate Athletic Conference Tournament April 2 at the Shannon Center.

With the win, the Cougars (26-9) head to the national tournament, which begins April 12 in West Des Moines, Iowa. It’s the third time in four seasons SXU has qualified for the tournament. The pairings were scheduled to be announced this week.

Senior outside hitter Grant Ooms set the program record for career kills in the second set against Judson, surpassing Sean Barry’s (2014-17) mark of 888. Ooms has 891 kills in his three seasons with SXU and finished the match with four kills and 12 digs.

His brother, sophomore opposite hitter Shane Ooms, posted a match-best 14 kills along with seven digs and a block.

Serven’s form included information on his time slept (12:30 a.m. to 8:30 a.m., sleeping on his side, not wearing sock and keeping the noise machine fan on.

When asked “Drool or no drool?” he responded “Whole lot of drool.”

When asked “What did you dream about?” he responded, “I dreamt about playing in the National Championship.”

The 6-foot-9 sophomore played in six games this season for the Illini.

A big deal
The Trinity Christian men’s basketball team picked up a commitment from 6-foot-10 Troy Glover II, who played at Feltrim Academy in Florida after a stint at Glenbard West.