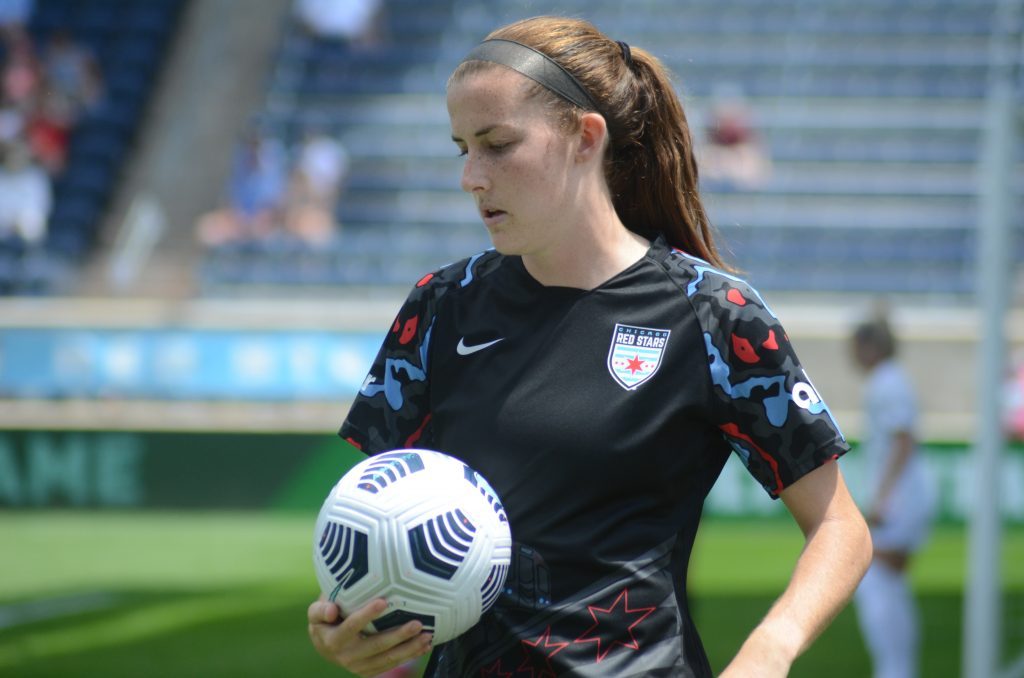 Chicago Red Stars defender and Team USA mainstay Tierna Davidson, shown in a game in 2021, suffered and injury and will be out for the 2022 campaign. Photo by Jeff Vorva

The Chicago Red Stars biggest loss of the exhibition season didn’t come during a game.

It came during training.

Defender Tierna Davidson will miss the season after tearing an ACL while practicing for the team’s second Challenge Cup game.

Davidson is also a U.S. Women’s National Team member and will not be available during qualifying for the 2023 World Cup.

New Red Stars coach Chris Petrucelli started using a formation with three defenders rather than four with Davidson’s talent being a huge part of the decision. But he is not abandoning the formation yet.

“It [the injury] makes us different, but we still have some talented players and I still think we’re able to play with three in the back; and the good news is that if we want to play with four in the back most of them have done it all their lives. That’s the easy part. I can go to that anytime we want. I feel good about what those guys are doing.”

The Red Stars played to a 0-0 draw with Louisville on March 30 at rainy SeatGeek Stadium in Bridgeview, and followed that with a 2-0 victory over Houston on Saturday in Challenge Cup play.

In the game April 2, Mallory Pugh scored both goals and has four goals in four games to lead all Challenge Cup players. All four goals came against Houston.

After playing three games in seven days, the Red Stars take time off from the Challenge Cup to play at Louisville on April 16 and at Kansas City on April 24. 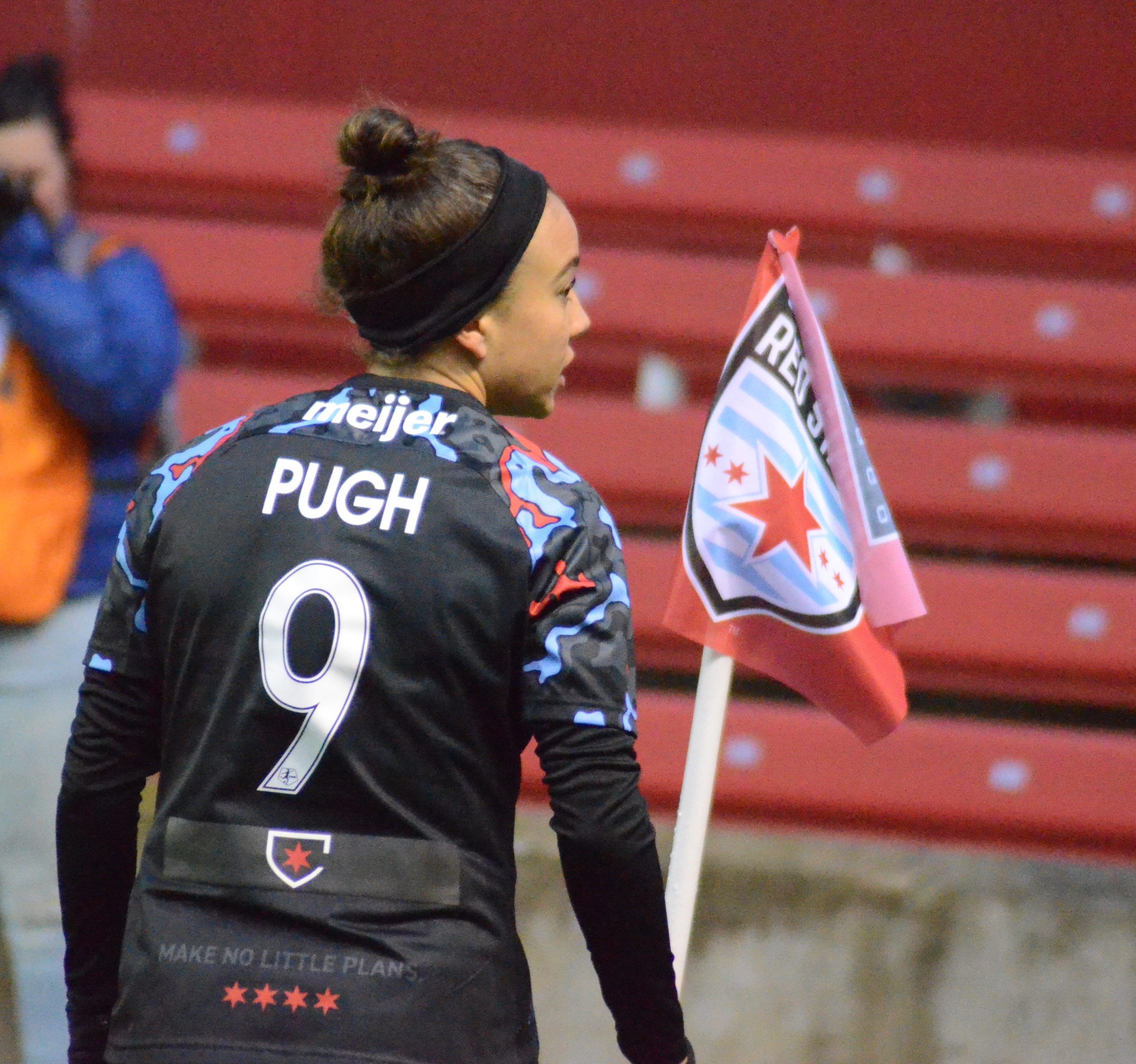 Mallory Pugh had two goals for the Red Stars against Houston on Saturday night at SeatGeek Stadium in Bridgeview. Photo by Jeff Vorva

Strange scheduling
The Challenge Cup — which is essentially an exhibition season — and the NWSL regular season overlap.

In the Red Stars’ case, they are slated to open the 2022 regular season April 30 against Louisville at SeatGeek Stadium, then host defending NWSL champ Washington on May 7.

The Challenge Cup semifinals are slated for May 4 and the finals are on May 7.

That means there will be some shuffling of some regular season games to accommodate exhibition games, which has some people scratching their heads.

If the Red Stars, Washington or Louisville do not make it to the final four of the Challenge Cup, everything should stay as scheduled for Chicago.

Fire II Debuts
The inaugural season for the Chicago Fire II is underway. The team made its home debut at SeatGeek Stadium on April 3, dropping a 1-0 decision to Columbus 2.

The Fire II have 11 more games in Bridgeview, including a 2:30 p.m. matchup April 10 against Rochester, where it will look for its first victory and first goal. Admission and parking to home matches are free. Gate F will be open one hour prior to announced kickoff times.

This is the team’s first season in the MLS Next Pro league, a third-tier league in the United States soccer league hierarchy.

The Fire II opened the season with a 2-0 loss at Orlando on March 26. The Fire gave up two second-half goals. It had a 17-15 shot advantage and 9-5 shots-on-goal edge but could not put the ball into the net. Six shots were blocked. Josh Penn had five shots. 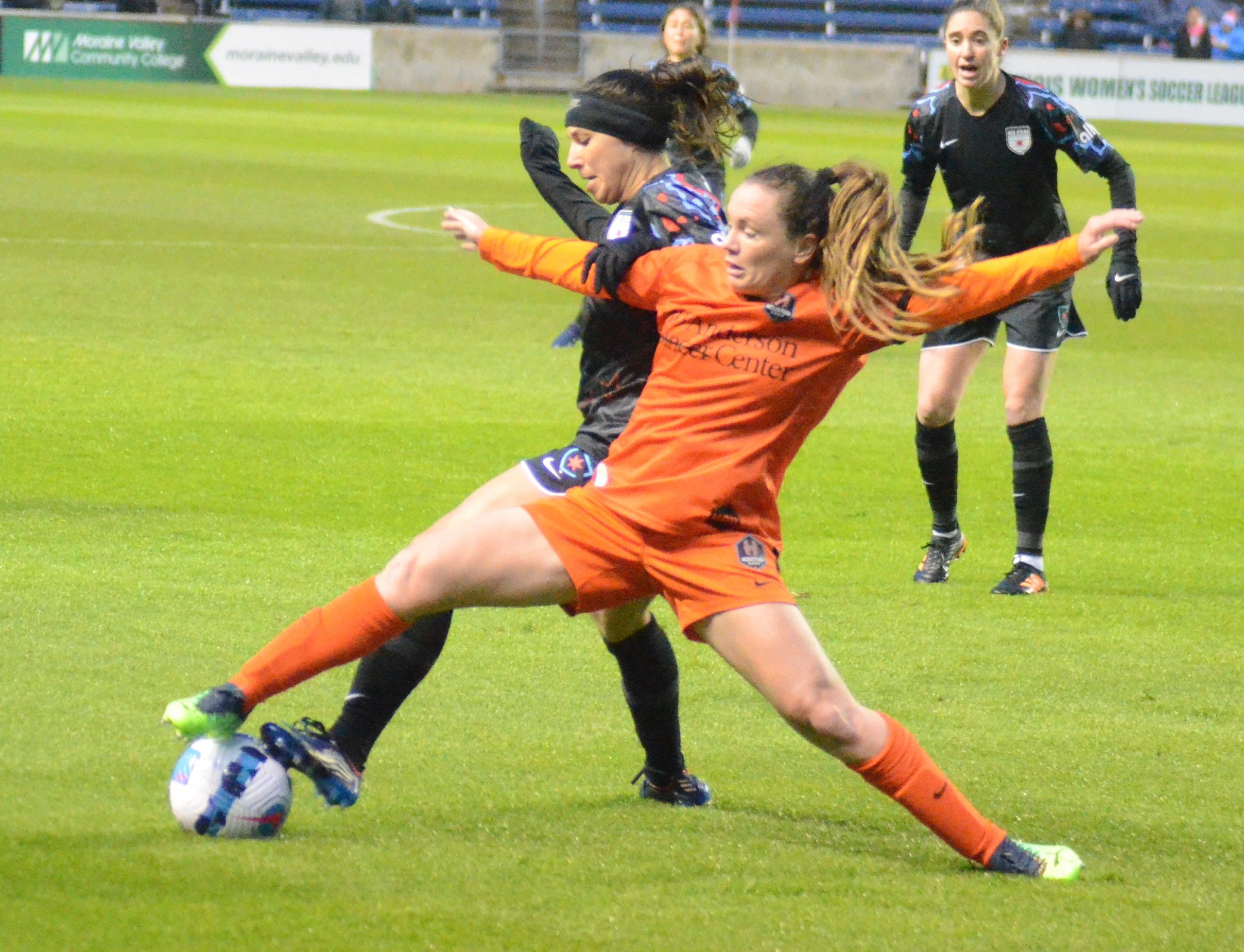