April 4, 2022/Comments Off on Rev. and Dr. Parker travel to Washington for historic signing of anti-lynching bill 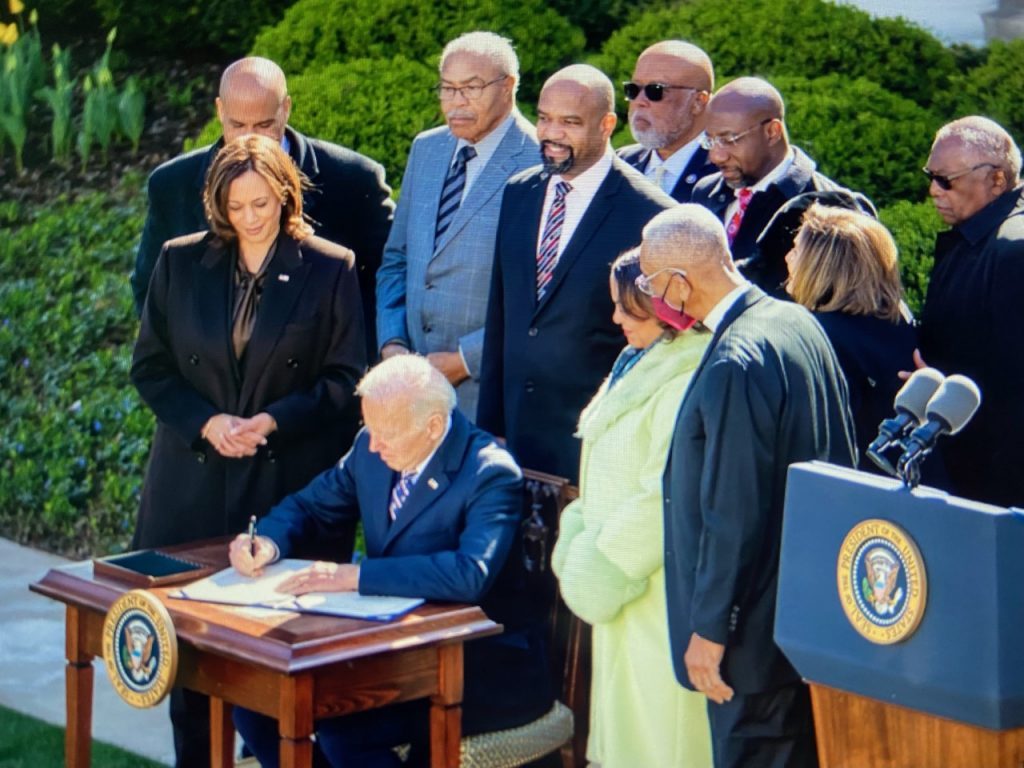 President Joe Biden signs the Emmett Till Anti-Lynching Act on March 29 in the White House Rose Garden. (Photo courtesy of The Raben Group)

Rev. and Dr. Parker travel to Washington for historic signing of anti-lynching bill

March 29 was a chilly day in the White House Rose Garden for the signing, but that didn’t stop Summit’s Rev. Wheeler Parker Jr., and his wife, Dr. Marvel Parker from being on hand for the historic signing.

Rev. Parker is a cousin of Emmett Till and was in Mississippi with Till when the 14-year-old was abducted and murdered in 1955.

Dr. Parker said she and her husband were contacted by the White House Social Service Office that there would be an official signing of the Emmett Till Bill.

“I was asked to send a list of persons that Rev. Parker would also like to have invited. That list consisted of family and media persons, legal persons, and friends, that have helped us get the bill drafted and continued media coverage of the Till Story.”

The Parkers started their day with breakfast at the hotel, the Hay Adams, with friends. It’s a beautiful hotel that the Obamas stayed in prior to moving into the White House.

About noon, Mrs. Parker got a call from the White House that President Biden wanted to greet the family in the Oval Office.

They then received another email to allow them to enter the grounds at a different gate than originally stated.

They arrived a little earlier than originally planned, and were met curbside by an escort to be taken for COVID testing. After that, they were escorted to the West Wing of the White House.

Annie Wright, widow of Simeon Wright, and Ollie Gordon, cousin of Emmett and Mamie Till, were with the Parkers in the Oval Office.

After being greeted inside, they were then taken to the Rose Garden. “Annie and I were escorted to our seats, Wheeler and Ollie were to accompany the President and Vice President on the platform.”

Mrs. Parker told the Desplaines Valley News that the entire day was surreal. “You never in a lifetime think you will experience an event of this magnitude. We know we were a part of a great historical event. God had ordained it for us. We have spent our entire 55 years of marriage working in the ministry here in Summit. We have mentored hundreds of youths, many of them calling us from across the country to congratulate us and thank us for sowing into their lives.”

The anti-lynching legislation was introduced in the House of Representatives by Rep. Bobby Rush (D-4th).

“After more than 100 years and more than 200 attempts to make lynching a federal crime, there is still hope for America to solve its racial inequities,” the couple said. “We want to commend a Congress that passed the bill with almost 100% in assent.” 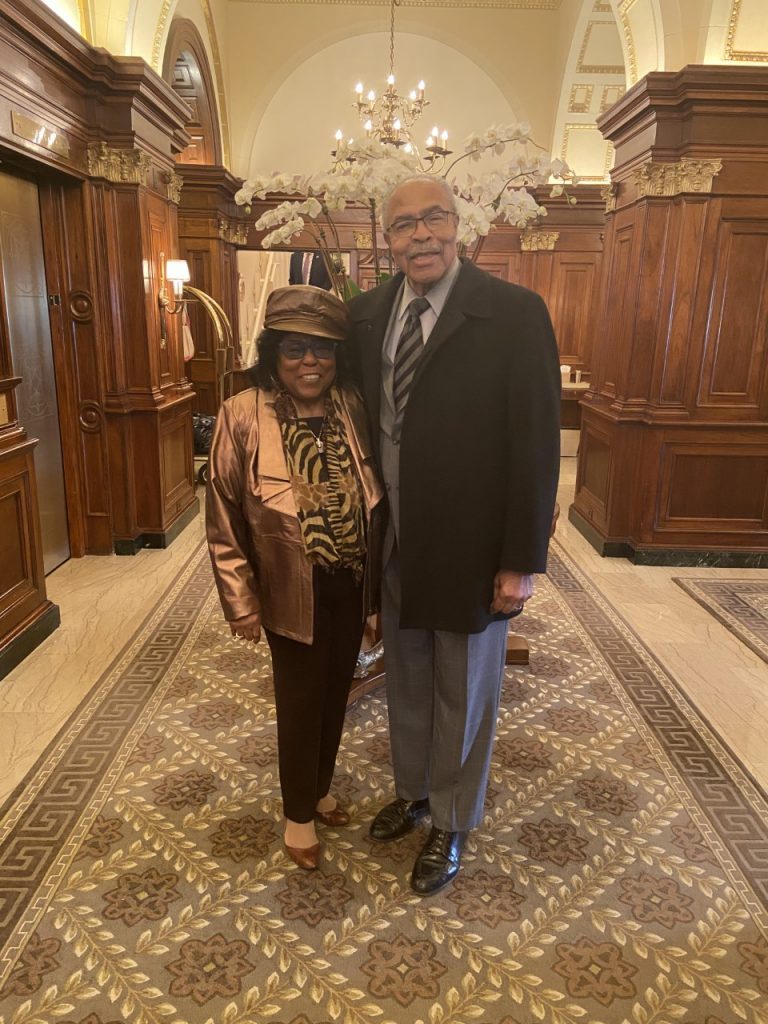 Dr. Marvel Parker (left), and Rev. Wheeler Parker get ready to head to the White House for the historic signing of the Emmett Till Anti-Lynching Act. (Photo courtesy of Dr. Marvel Parker)