Skip to content
April 6, 2022/Comments Off on Pritzker green-lights Madigan improvement projects for SW Side 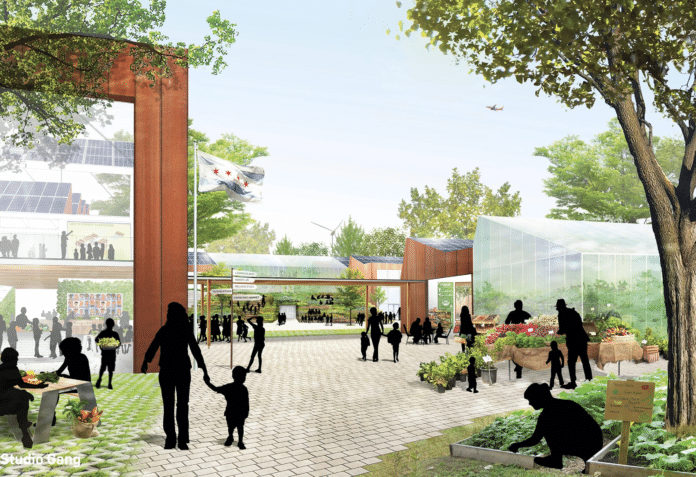 The Academy for Global Citizenship has ambition plans for a publicly-funded charter school in the Hearst area. --Supplied image

Were briefly frozen after indictment

Three public works projects affecting the Southwest Side appear to be back on track now that Governor JB Pritzker has given the green light to their state funding.

Funding had been jeopardized briefly by a request from 10 state representatives (none from the Southwest Side), who in a March 7 letter to the governor implied the projects may somehow be inappropriate because they had been pushed by former Illinois House Speaker Michael J. Madigan (D-22nd), who was indicted on 22 counts of corruption on March 2. 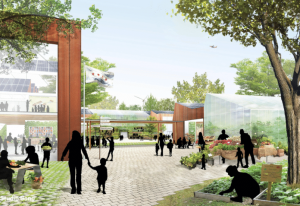 The Academy for Global Citizenship, a charter school founded in 2008, is in the opening stages of an ambitious plan to build a large school and surrounding campus rooted in what they call racial justice. The campus will include a community health clinic, an urban farm, solar panels to make the development net-positive in terms of energy usage, and more. Ground was to be broken at the site, 4942 W. 44th St., next month. –Supplied image from rendered plans

Madigan’s indictment, they wrote, calls into question “the legitimacy of these projects and whether they inured to the benefit of the community and the taxpayers or whether they were advanced at the behest of Madigan on behalf of or to benefit his private law clients or other politically-connected individuals or entities.

“According to a January 2022 report published in the Sun-Times, the 2019 Rebuild Illinois capital package contained $144M of projects directly tied to former Speaker Madigan,” the 10 legislators continued. “Records show that among other projects, Madigan secured $98M to address train brake noise outside three hotels near Midway Airport owned by two brothers, who were clients of Madigan’s property tax business. According to the Better Government Association, the brothers said they never requested the funding.

“The report also identified three additional projects tied to Madigan, totaling $6M for a control tower at Lewis University Airport in Romeoville, $31M for The Academy for Global Citizenship, a charter school near Madigan’s former House district, and $9M for John Hancock College Prep, a Chicago public high school in Madigan’s former district. According to the BGA, the Academy received tens of millions more than it requested, and no funding was requested for John Hancock by CPS.”

Two days after they sent the letter, however, the legislators basically said “Never mind” and asked the governor to move forward with the project. They hinted they had been pressed by members of the General Assembly’s Latino Caucus to back off.

Some of those members include Southwest Side Reps. Aaron Ortiz (D-1st), Edgar Gonzalez Jr. (D-21st) and Madigan’s successor, Angelica “Angie” Guerrero-Cuellar (D-22nd), as well as Senators Antonio “Tony” Munoz (D-1st) and Celina Villanueva (D-11th). What specific role any of them may or may not have had in defending the funding remains unclear.

“Who are [the 10 legislators] to question funding for projects in this part of city?” asked Ruben Jimenez. “What about state-funded projects in their districts? Why can’t they be reviewed? Are you telling me politics played no role in getting their pet projects funded? Give me a break.”

The initial request to freeze the state funding was “nothing more than virtue signaling, an empty gesture,” added Ken Micek. “I know it’s open season on Mike Madigan right now and some politicians want to kick him when he’s down, as they probably have for years, but why do it at the expense of funding for our community?”

Joseph Devlin looked at the dollar amounts and shook his head.

“I think some of this is excessive, especially when you consider all the things that aren’t funded,” he said. “Look at the condition of some of our state roads, especially Cicero Avenue. Why can’t some of those funds be used to reconstruct Cicero north and south of the airport? Why are some needs fully funded while others starve for attention?