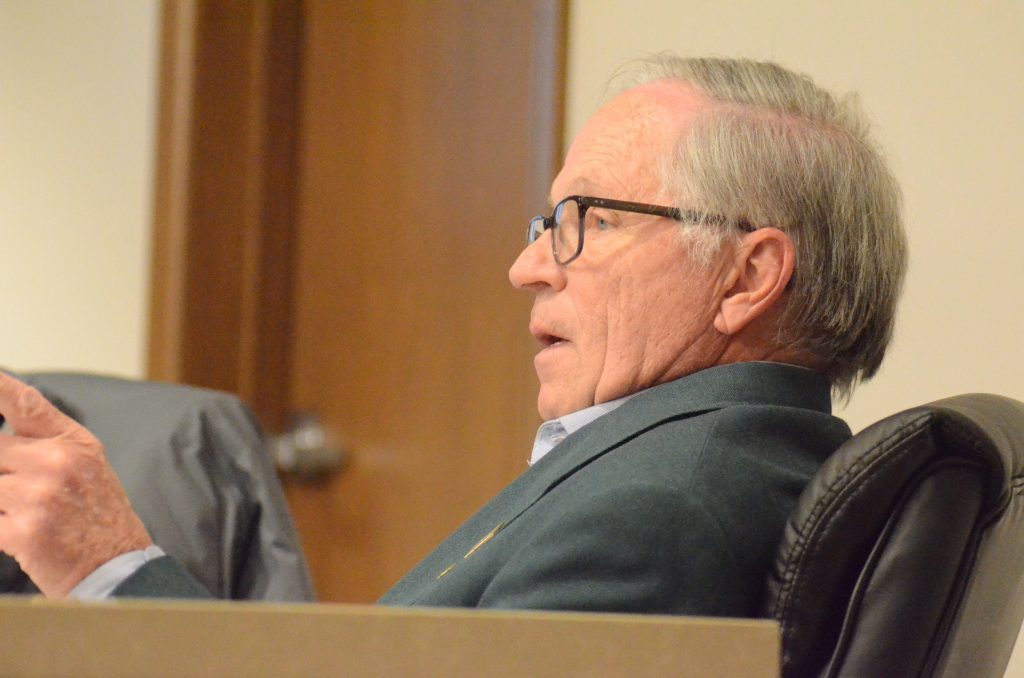 Things got a little chippy Tuesday night when it came to renewing garbage and chipper services in Palos Heights.

After some debate, the Palos Heights City Council voted 5-3 to renew a five-year contract with Crestwood-based Republic Services.

The current five-year deal expires Aug. 31 and McGrogan had a few issues with the company and wanted to express his concerns at a future Finance Committee meeting.

“I have about a half a dozen items,” McGrogan said. “I also think this should be broken into two contracts. One, because the city benefits in some ways, which could be a separate contract. Second, the residents can be a second part of that contract.”

McGrogan added Republic did a “crappy job on their service” after a storm in the winter. Mayor Bob Straz said that was a one-time event and Alderman Don Bylut added that despite that one event, the company has been easy and cooperative to work with.

After a little arguing, the council voted 6-2 not to have the item go to the Finance Committee and 5-3 to renew the contract.

Alderman Jeffrey Key, the head of the Recreation Committee, said that the city’s 5K Chocolate Chase will take place at 9 a.m. April 16 at the Recreation Center, 6601 W. 127th St.

He added that the Farmer’s Market will begin May 11. The market takes place from 8 a.m. to 1 p.m. every Wednesday at the Municipal Parking Lot, 12217 S. Harlem Ave.

Key said the Recreation Department is looking for a Pace driver and applicants do not need a special license because it is a large van and not a bus or truck. Anyone interested in applying should call 708-361-1807.

The council approved a special event permit for the Palos Baseball Association and Palos Power Girls Softball organizations to hold their Opening Day parade from 8 a.m. to 10 a.m. May 30 on a designated route from Palmer Park to Memorial Park.

The council also approved to waive parade fees of $1,501.15 for the two organizations.