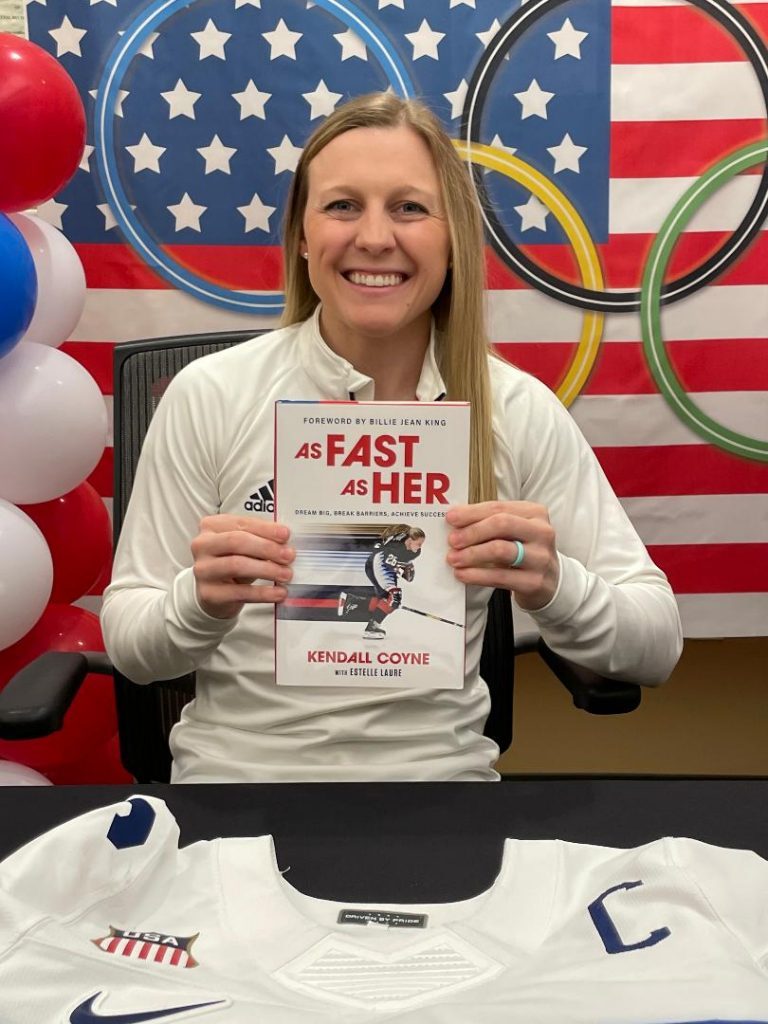 Always in pursuit of her dreams, Kendall Coyne Schofield wants to inspire today’s youth to do the same.

“I want young girls to be able to have the same dreams as young boys in the world of professional hockey,” Coyne said.

With her book, “As Fast As Her: Dream Big, Break Barriers, Achieve Success,” she is doing just that.

“Throughout the Olympic games and growing up playing hockey in Palos Heights, I was always hearing how I was a source of inspiration for today’s youth,” Coyne said. “My goal is to inspire the next generation to follow their dreams. I can only be in one place at a time, but a book can be at many places at many times.” 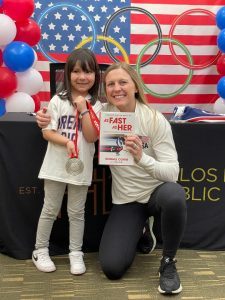 “Having Kendall come to the library to sign her new book is thrilling,” Jesse Blazek, Director of the Palos Heights Public Library, said. “Kendall’s willingness to give back to the community by meeting with those who look up to her and providing them with even more personal inspiration makes her all the more remarkable as a hero. The library is proud to be able to provide a venue for her to continue doing her work inspiring young people to greatness.”

Blazek and the entire Palos Heights community has been cheering on local 30-year-old Palos Heights native and captain of the Women’s Hockey Team USA as she battled in the Winter Olympics in Beijing. Winning the silver medal in the 2022 Winter Olympic Games has made her hometown proud.

As a member of the U.S. Women’s National Team, Coyne has also earned a spot on nine International Ice Hockey Federation Women’s World Championship teams and played in eight, as well as nine Four Nations Cups, and one IIHF Twelve Nations Invitational Tournament Series. Additionally, played in played in three International Ice Hockey Federation Under-18 Women’s World Championships, three Under-22 Series vs. Canada, and three Under-18 Series vs. Canada. 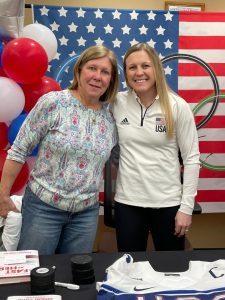 “I think it’s great that Kendall asked to hold her book signing at the Palos Heights Library,” Palos Heights Mayor Bob Straz said. “It really shows her commitment to our city. I’ve met Kendall and her husband a few times now and they are such wonderful people.”

Published in January, “As Fast as Her,” co-written with Estelle Laure, explores Coyne’s extensive hockey career, including overcoming obstacles, insecurities, overcame naysayers and pushed herself past barriers to get to where she is today.

Her advice to young hockey players is to always follow your dreams, believe in yourself and be willing to put in the work it takes to accomplish your dreams; and no matter what sport you do, make sure you love it.

“It’s important for young children to remember that they can accomplish anything they set their mind to,” Coyne said. “I didn’t come from a hockey family. It was something I wanted to do, something I was passionate about, and something I loved.”

Coyne, always a huge supporter of the Palos Heights Public Library, reached out to the library directly with the idea of doing a book signing at the library.

“I may have traveled around the world, but Palos Heights is my home,” Coyne said. “The people of Palos Heights are always so supportive, and I just love it here.”

Library staff said they jumped at the chance and were honored to have her.

“She’s such an incredible person and role model,” Blazek said. “What she’s done for women’s hockey, not just all of the medals, but showing that anyone can play the game, is an amazing message for all children to hear. As a father, I love that there are people like Kendall who I can point to when my daughter says that girls can’t do this or boys can’t do that. Yes, they can, and they are.”

There was a huge crowd, with overflow parking available at St. Alexander Church next door to the library. Copies of Coyne’s book were available for sale for $25, and residents were able to pick up a copy there if they did not already have their own.

“Kendall was so excited about this book signing,” her mother, Ahlise Coyne, said. “She just loves Palos Heights. This is her hometown.” 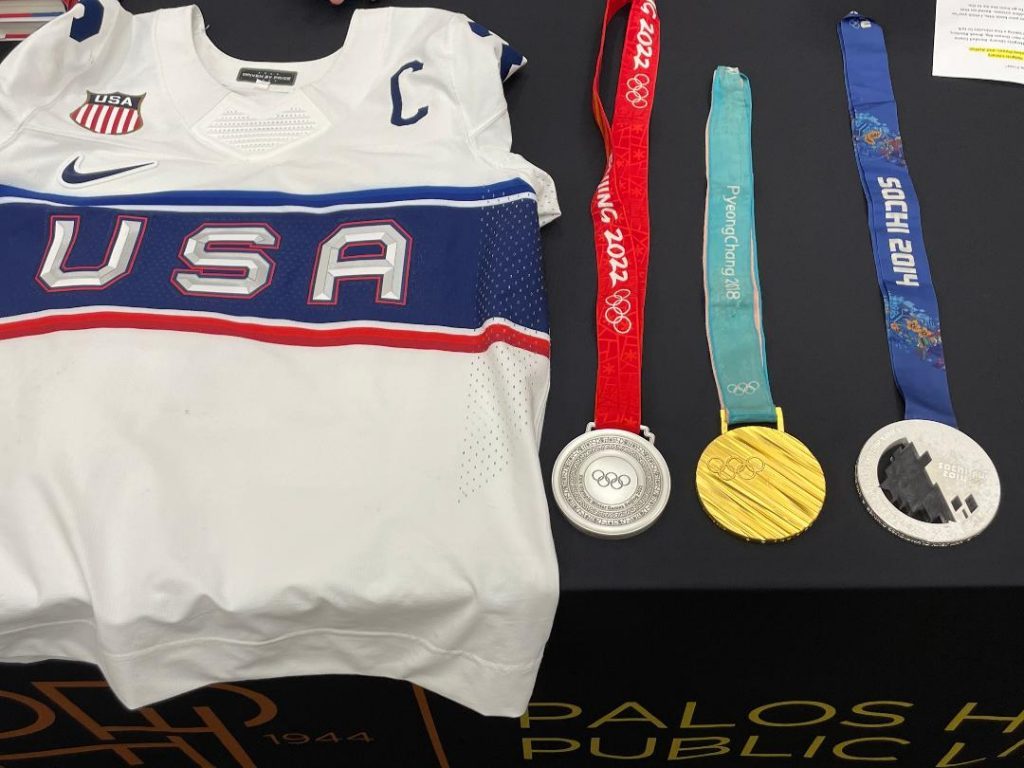 Kendall Coyne Schofield’s Olympic jersey and medals were on display during her appearance at the library.