April 9, 2022/Comments Off on Haircuts for a Cause 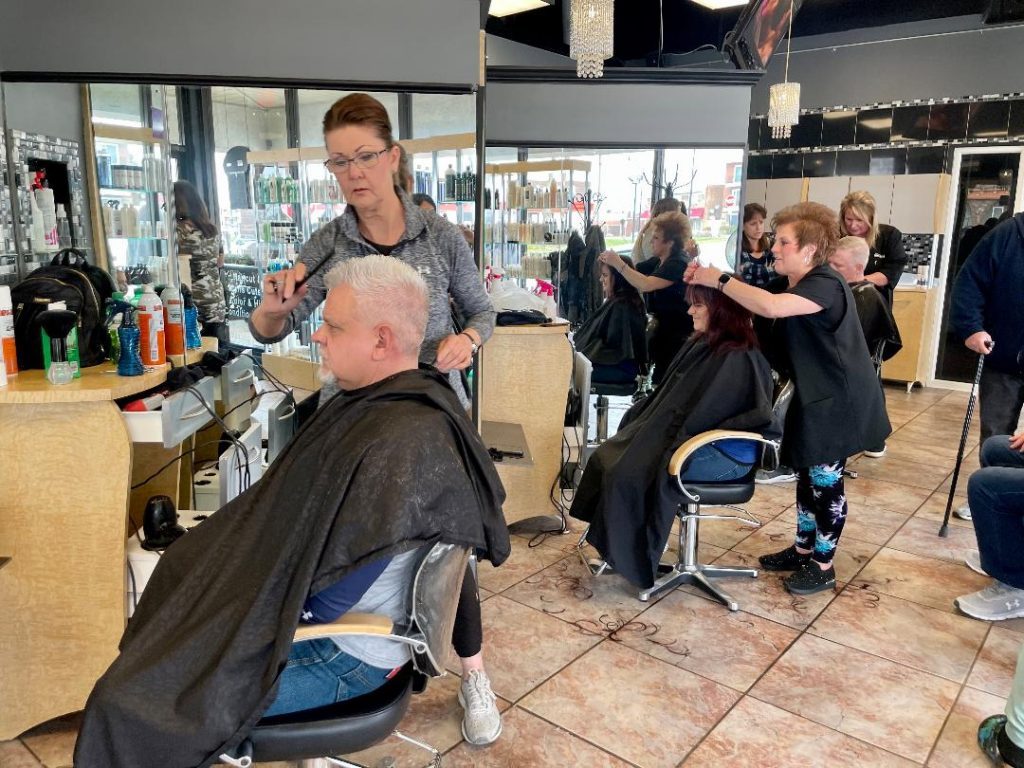 Hair Performers, located at 9510 S. Roberts Road, Hickory Hills, hosted a cut-a-thon on April 3 for David Steadman, who is in need of a liver transplant. (Photos by Kelly White)

Haircuts for a Cause

Known as being a kind, caring and compassionate man, David Steadman has always dedicated his life towards helping others.

Steadman, 61, who grew up the oldest of four children, took his role very seriously, according to his sister, Laurie Asztalos.

“I cannot say enough good things about David,” Asztalos, of St. John, Indiana, said, with tears in her eyes. “He is an amazing person who was always there for me. Growing up, he was like a father-figure to all of us because our dad wasn’t around.”

From being a caregiver to his to his sister and two brothers, Steadman then went on to work as a correctional officer for Cook County for 30 years, a job he loved and took great pride in. However, when the pandemic hit hard in early 2020, Steadman was one of nine correctional officers to first come down with COVID-19. 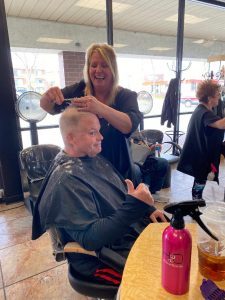 The family was devastated, Asztalos said.

“He (David) was hospitalized in April of 2020,” Asztalos said. “He started losing so much weight and became jaundice.”

The infection had aggressively attacked Steadman’s liver. He had no prior history of liver disease, according to his family.

Steadman, now retired, and living in Arizona with his wife, Nancy, is in desperate need of a liver transplant. Both Steadman’s sister and wife have been active in helping raise funds for his medical treatment and transplant.

Asztalos helped to organized a cut-a-thon on Sunday, April 3, for her brother at Hair Performers, 9510 S. Roberts Road, Hickory Hills, where she works as a stylist. Offered were $20 haircuts, raffles and for $5, kids were able to take a photo with the Easter Bunny. The hope was to raise a couple of thousand dollars for David Steadman.

“All of the money raised here today is going directly to David,” Asztalos said.

Steadman’s wife, Nancy, also set up a Go Fund Me Page, titled, Cutting For A Cause with all funds going to benefit Steadman’s liver transplant. As of Tuesday, it had raised more than $8,200 toward a goal of $25,000.

“David needs a very expensive liver transplant,” Nancy said. “We are trying very hard to raise funds for his before, after and during medical expenses.”

Steadman and his family were extremely humbled by the efforts of Hair Performers and everyone who came out for a haircut. To date, with a goal of $25,000, Nancy has raised more than $8,200 through the Go Fund Me campaign.

Donations can still be made at: https://www.gofundme.com/f/rqq3pe-cutting-for-a-cause?utm_campaign=p_cp+share-sheet&utm_medium=copy_link_all&utm_source=customer.