April 9, 2022/Comments Off on Mammal madness sets in at OLCHS 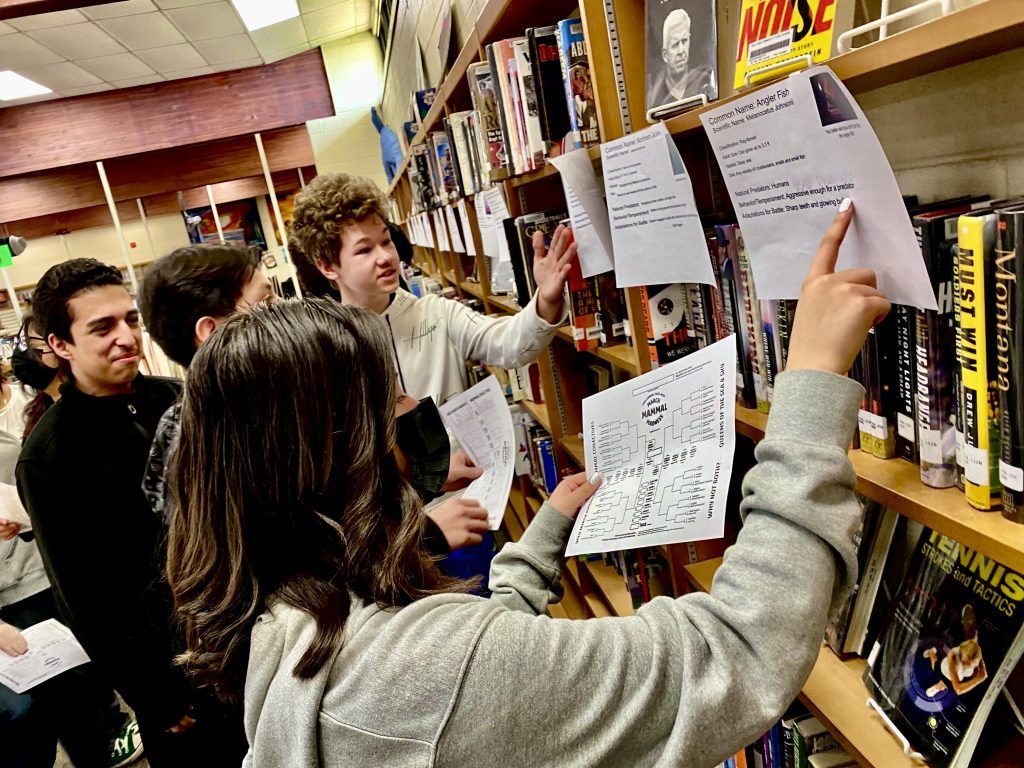 Mammal madness sets in at OLCHS

March Madness is taking over Oak Lawn Community High School, but not in the form of basketball.

For the fourth year in a row, the school, 9400 Southwest Highway, Oak Lawn, participated in March Mammal Madness.

“I love participating in March Mammal Madness because I am able to research and learn about different species around the world,” Aleksandria Potoczny, 18, of Hickory Hills, said. “It provides a real word stimulus of battles to grasp an understanding of natural behaviors, adaptations, and climate change that impact an animal’s performance. Not only is it an educational experience but participating in a tournament structure makes it interesting and surprising.” 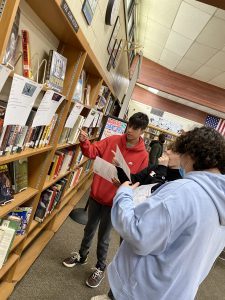 The elaborate tournament of species, known as Mammal Madness, was created by Professor Katie Hinde at Arizona State University, ten years ago, is geared towards preschool through the 12th grade. It is a simulated competition among species in a variety of settings.

In order to participant, students studied and considered aspects of different animals, such as running speed, fight style, physiology, and motivation.

The tournament was inspired by, but in no way affiliated with or representing, the NCAA College Basketball March Madness Championship Tournament, according to Oak Lawn Community High School (OLCHS) officials.

“I love that students enjoy learning about science,” Jennifer Skendzel, Science Teacher at OLCHS, said. “Many students get into heated debates over which animal would win while discussing the animals’ adaptations. It’s great to see the students excited to learn, justifying their choices, and watching them celebrate their wins throughout the tournament.”

Skendzel was responsible for organizing the tournament at OLCHS, and all students and staff members were invited to play. Prior to the friendly competition, the school’s zoology students created scouting reports for each of the combatants. The scouting reports were then hung in the media center for all students to see.

All biology teachers were invited bring their students to the media center where students were able to spend the period reading through scouting reports to learn about the animals and filling out their own brackets.

There were approximately 400-450 students who participated on bracket day, Skendzel said.

“A good friend and former colleague introduced March Mammal Madness to me in 2019,” she said. “Her school participates and told me that it would be fun to do with my zoology class. I tried it out that year and have been doing it ever since.”

An annual tournament of pretend combat encounters among animals, March Mammal Madness allows students to answer the timeless question of ‘Who would win?’.

Scientists estimated which is the winner in an encounter from a probabilistic assessment of the two species attributes within the battle environment. They looked at the organisms’ weaponry, temperament, armor, motivation, fight style, and special skills.

“I like March Mammal Madness because it takes my prior knowledge that I have on different species and takes my critical thinking to another level,” Camille Yu, 17, of Oak Lawn, said.

At OLCHS, there was a bracket with 65 combatants (similar to the NCAA bracket). Students filled out their brackets. For an official entry, to be eligible for prizes, they were also able to fill out a google submission form.

“If the student is learning, they are winning,” Skendzel said. “March Mammal Madness engages students in critical thinking, debating, and enjoying the learning process. It also adds some friendly competition.”