April 10, 2022/Comments Off on Area Sports Roundup: Chicago Christian softball team looking to get their groove back 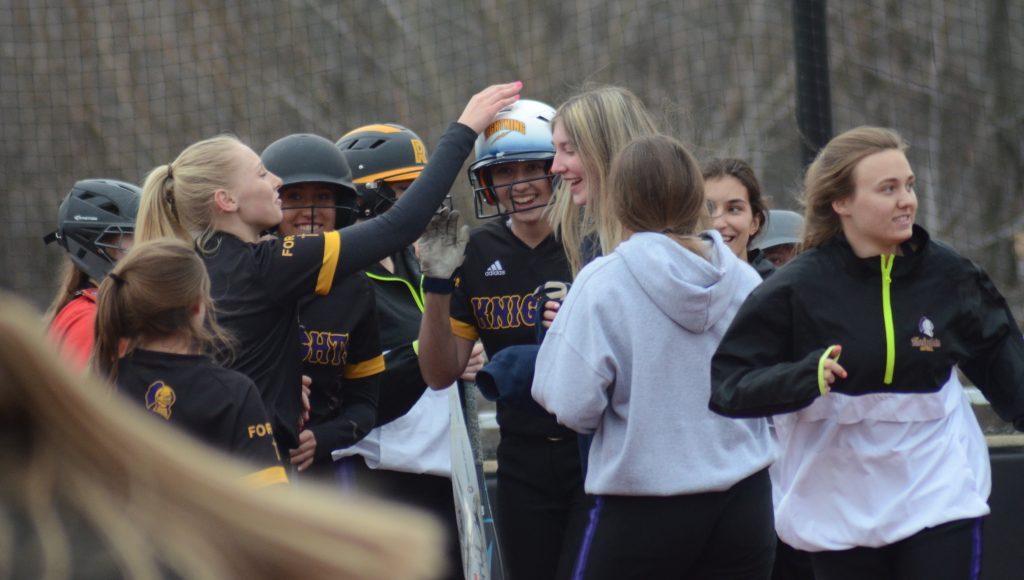 Lizzie Sedekis (white helmet) is congratulated by her Chicago Christian teammates after a home run against Timothy Christian on April 6 in Palos Heights. Photo by Jeff Vorva

Area Sports Roundup: Chicago Christian softball team looking to get their groove back

Kevin Pittman said he’ll take some of the blame.

The Chicago Christian softball and boys basketball coach has an annual tradition. After the rigors of the basketball season, he uses spring break to recharge.

“When they asked me to take the softball job, I said I would do it for a year,” Pittman said. “Eleven years later, I’m still here. Coming off a long basketball season, spring break is a time I need to go and decompress and just kind of get away from everything.”

The Knights softball team opened the season in mid-March, and started strong by pounding four teams by a combined score of 59-17.

After a week of postponements because of inclement weather, followed by a spring break of inactivity, the Knights were back on the field on April 4. They suffered an 11-1 loss to Elmwood Park but rebounded the next day with a 7-3 victory over Timothy Christian.

Two days later they lost 7-3 to Peotone, a team that will be in the Class 2A Herscher Sectional with Chicago Christian.

The Knights are trying to get their hitting groove back.

“In the past, we’ve been able to hit the ground running again [after spring break],” Pittman said. “We seem to have struggled with that a little bit right now. I’ll take some partial responsibility for it, but I’m thinking we’re going to get back on track.”

In the win over Timothy Christian at Schaff Field in Palos Heights, junior shortstop Lizzie Sedakis hit a loud home run that struck the centerfield scoreboard. Pittman said he has seen a couple of other homers hit the scoreboard, but Sedakis’ hit it at its highest point.

“She didn’t hit that ball well,” he said. “When she hits the ball well it sounds like a gunshot. I knew she hit it well enough, but not as well as she can. I’m fully expecting her to uncork a 400-foot shot.”

Sedakis, of Chicago Ridge, said she doesn’t pay attention to where the ball goes after she hits it.

“I just drive it and hope that it goes over,” she said. “This week started off rough but adjustments are a big thing. I hope we can come back rolling after not playing or practicing for 10 days.” 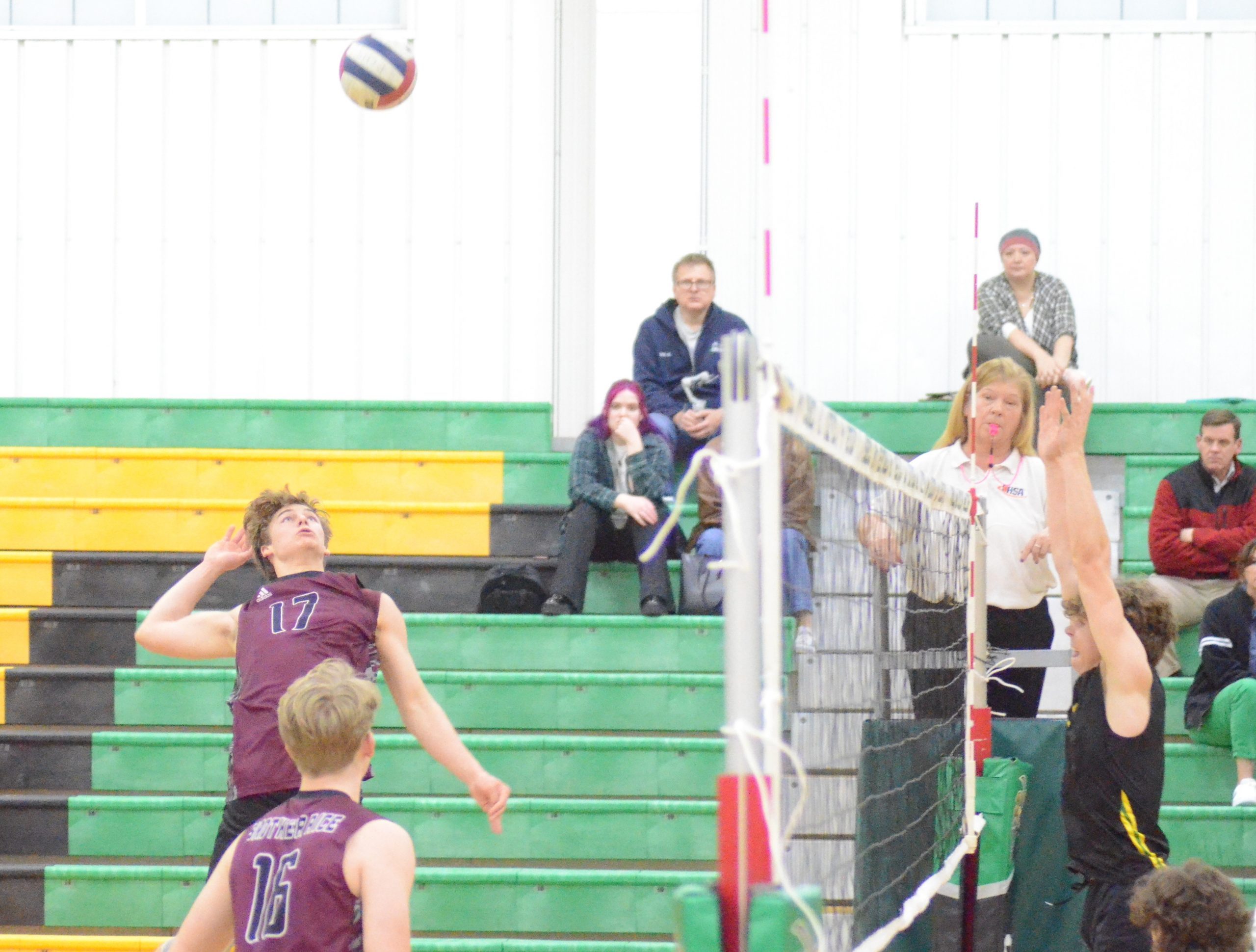 Nathan Kramer of Brother Rice gets ready for an attack against Providence on April 7. Photo by Jeff Vorva

Bouncebacks
A pair of area volleyball teams were able to bounce back from losses in fine fashion.

St. Laurence took a beating on April 5 at St. Rita, 25-8, 25-17, but came back with home victories over Marian Catholic and Montini the next two nights.

Big honor for Griffin
Stagg multi-sport athlete T.J. Griffin was recognized as a National Football Foundation Metro Region Scholar-Athlete. The Illinois-bound Griffin is the first player in school history to earn that award. 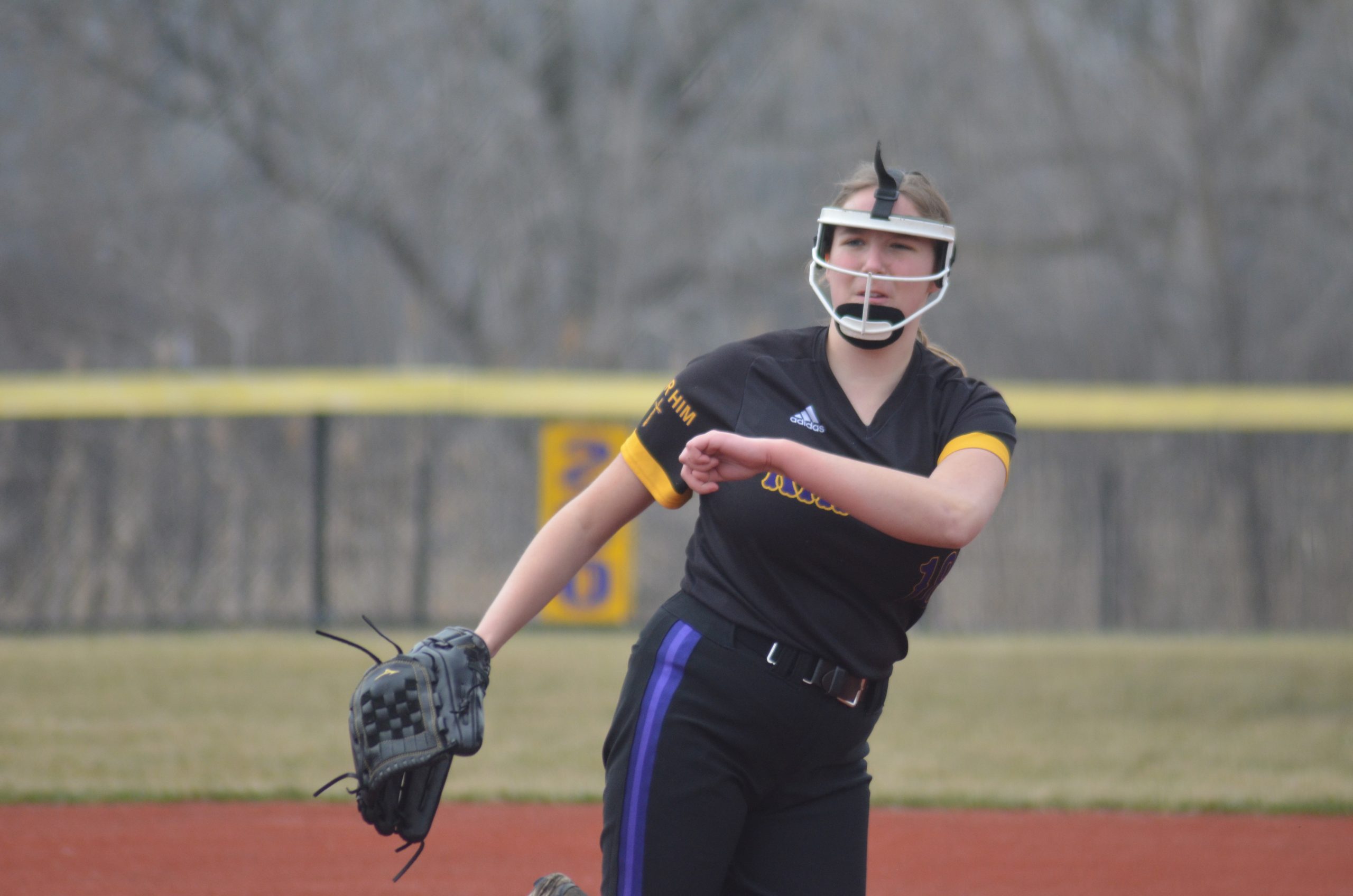