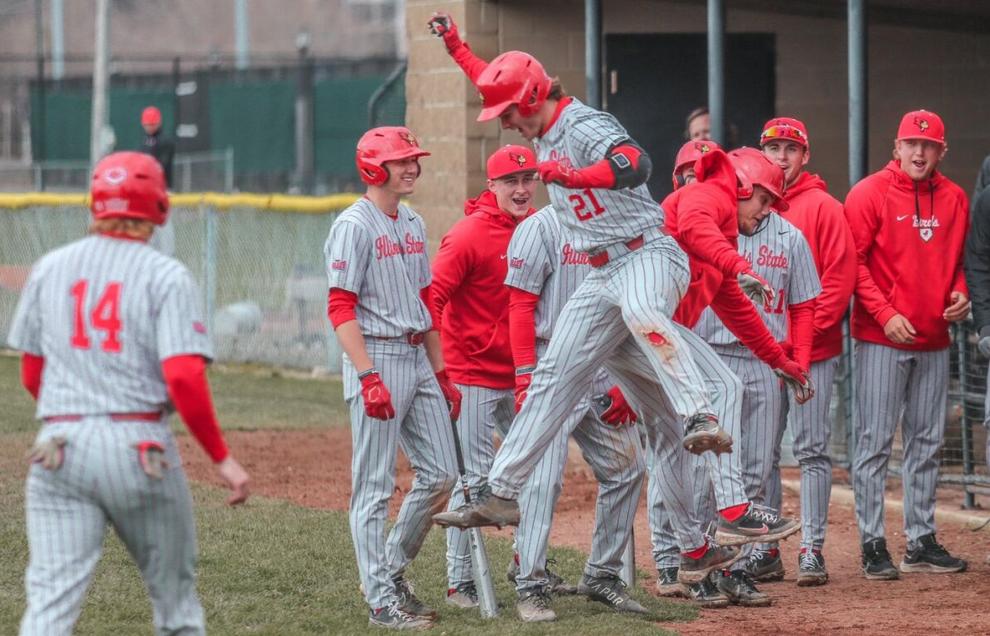 Former Riverside-Brookfield baseball standout Ryan Cermak is a leadoff hitter who is belting the ball like a cleanup hitter.

The Illinois State University centerfielder hit three straight homers — including grand slams in consecutive at-bats— and broke a school record with 10 RBIs in a 15-7 victory over Western Illinois on April 6 in Macomb.

“I saw the ball very well today,” Cermak told the Bloomington Pantagraph after the game. “The first grand slam his breaking ball hung a little bit, and I just tried hitting it hard. The second time up, seeing the bases loaded, I of course thought about doing it again but got to two strikes. I finally got my pitch and did it again.

“The next at-bat I was just trying to stay in my approach and hit it hard the other way, and did just that.”

Two days later, the Redbirds played Kansas for the first time in program history. Cermak led off the game with another homer, giving him four home runs in four at-bats.

The third-year player had 13 starts at third base in 2020 — a COVID-shortened season — and had two homers and seven RBIs. In 2021, he led the team with 11 homers and 40 RBIs and was named a freshman All-American.

At R-B, he was a Metro Suburban Conference Player of the year, had a .396 batting average and was also a top pitcher for the Bulldogs.

Locking up the awards

It is the third consecutive season the Cougars have had a player earn CCAC Player of the Year. Senior outside hitter Grant Ooms won the award in 2020 and former NAIA All-American Aaron Kummer claimed the honor last season.

Lock, a Wisconsin native, also joins Kummer in being named CCAC Setter of the Year. Kummer won the award in 2021.

Ooms and his younger brother, sophomore opposite hitter Shane Ooms, also made the CCAC first team this season.

SXU (26-9, 13-0 CCAC) was scheduled to open play in the NAIA Men’s Volleyball National Championship Tournament with a match April 12 against Ottawa University and April 13 against Park University.

This free event is geared toward alumni and members of the community as well as their families. There will be giveaways, food and music, as well as games for children and the opportunity to watch the Cyclone men’s tennis team and softball team compete. The annual Athletics Hall of Fame ceremony is scheduled to take place at 2 p.m.

“We’re very proud of how much our Athletics program has grown over these last 45 years from its humble beginnings. We’ve had many influential coaches, some amazing athletes and supportive staff to make Moraine Valley Athletics so successful,” said Moraine Valley Athletics Director Bill Finn. “We’re really excited to showcase our facilities and athletes while celebrating our proud traditions at our celebration, especially since it’ll coincide with our Hall of Fame ceremony. It’ll be a fun day for everyone.”