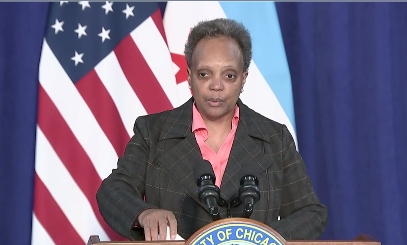 Days after multi-millionaire businessman Willie Wilson attracted nationwide attention by giving away a million dollars of his own money to pay for gasoline at stations across the Chicago area, Mayor Lori Lightfoot announced Chicago Moves, a financial assistance program related to transportation expenses. 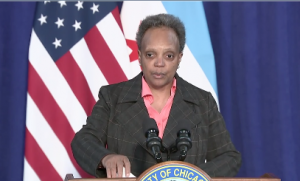 The program would be funded by a mix of city tax dollars and federal pandemic relief funds.

Up to 50,000 physical prepaid cards of $150 will be distributed to eligible residents via a lottery system. These cards will be valid for one year after receipt and may only be spent on the cost of fuel at gas stations located within the city. Applications are limited to one per household. There slightly more than a million households in the city.

Beginning in May, cards will be distributed in five successive monthly waves of 10,000 residents.

To be eligible for these cards, applicants must:

Lightfoot’s representatives did not respond to a Greater Southwest News-Herald request for an estimate of how many city households meet those criteria.

To be eligible for these cards, applicants must be residents of Chicago and have a household income at or below 140% of the Area Median Income for Chicago.

Applications for Chicago Moves will open on April 27. The mayor said more information will be made available pending City Council approval.

Lightfoot said city residents are now paying an average of 4.5% of their annual income at the pump, compared to 3.1% of their annual income one year ago. This 1.4% increase is consistent with statewide trends, where the cost of gas has similarly risen by approximately $1.45 per gallon over the last year as well as nationwide trends, where the cost of gas has increased by $1.38 per gallon over the previous year. According to the same findings, Americans are now spending nearly $70 each time they fill up their tanks.

To make the program possible, the City has partnered with Fifth Third Bank and Onbe, a corporate disbursements firm. Fifth Third and Onbe are providing the physical prepaid cards and payment processing for the program with no transaction fees.

Lightfoot’s temporary program comes in lieu of a plan, since scrapped, to reduce the city’s gasoline tax from 8 to 5 cents a gallon, which is where it stood before Lightfoot and the City Council raised it in 2021.

Chicagoans motorists pay more taxes at the pump that most other Americans. On average, motorists gassing up at stations in the city pay about $15 in taxes for a full tank.

Southwest Siders reached by the Greater Southwest News-Herald were generally not in favor of the mayor’s plan.

“It would have been easiest to just roll back the gas tax hike the mayor put in last year,” Derrick Melvin said. “But she didn’t. Why not? Why will some of us get these cards and not others? How is that fair?”

Andy Montanez said the mayor’s plan “offers no specific relief whatsoever to those of us who drive for a living—like Uber and Lyft drivers, taxi drivers, pizza delivery guys. Where is our place in line? Do we even have a place?”

Karina Gonzales urged everyone to “follow the money. This program should be independently audited as it moves along. I want to know how many people actually got these cards and where they live, by ZIP code.”

Paul Berrilli said a plastic-card system “will inevitably have waste in it, as some cards will be lost or stolen or not redeemed in time. Cutting the gas tax would be easier.”

One man who asked not to be identified because he owns a gas station on the Southwest Side said, “An extra benefit of cutting the city gas tax is it would make city gas stations slightly more competitive with gas stations in suburban Cook—like Evergreen Park, Oak Lawn, Burbank, Bridgeview and so forth. But I guess no one on the mayor’s staff thought of that because none of them are small-business owners who know what it is to feel the bite of taxes.”

Delia Ramos thought Chicago Moves “smells of election-year dirty tricks. The mayor takes tax dollars–our own money—and gives it back to us…well, some of us, and we’re supposed to be grateful? It seems to me she’s using taxes to help her own re-election campaign, which is already underway.