Skip to content
April 14, 2022/Comments Off on Dems fight carjacking 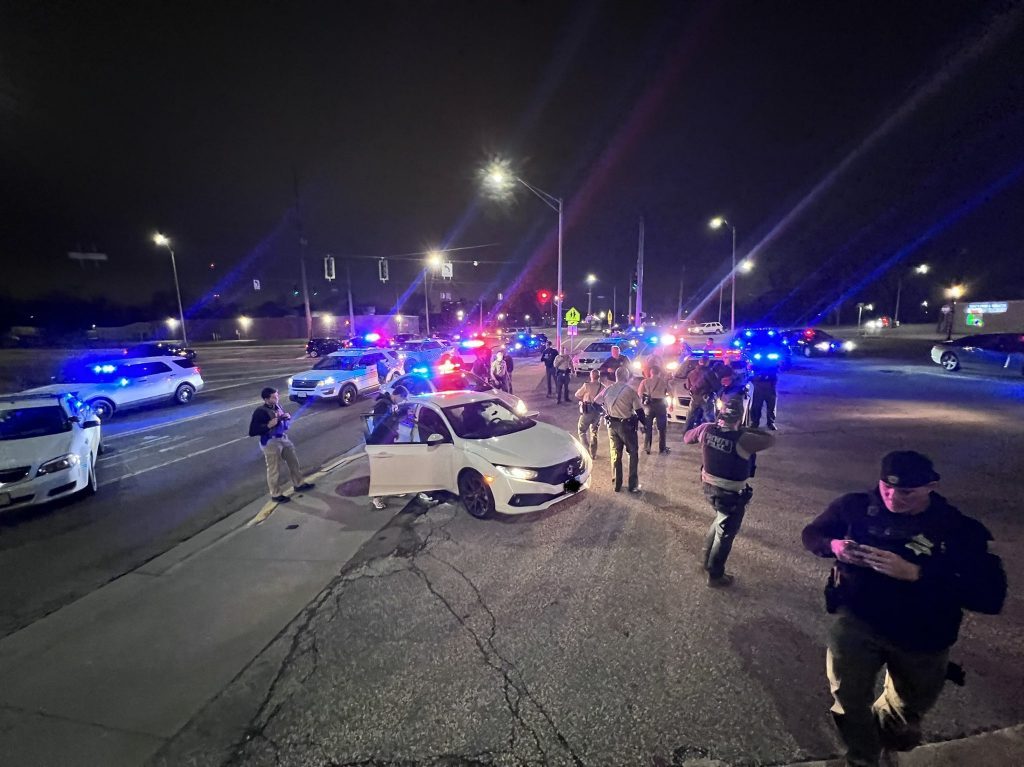 Police released this photo last week of the aftermath of a carjacking that took place in another part of the city. The victim was a pregnant woman who was carjacked by two armed teenagers. Police recovered the vehicle quickly, and the victim was not injured physically. Two juveniles face charges in the crime. --Supplied photo

Carjacking is a frequent topic of discussion in Clearing and Garfield Ridge, especially at CAPS meetings and on social media.

House Bill 3699, sponsored by Sen. Robert Martwick, D-Chicago, would aim to provide additional resources to metropolitan law enforcement groups or other law enforcement cooperatives to work together to help target and capture carjackers.

Any state funding to be directed at grant programs laid out in the bill would need to be approved in budget negotiations, however.

“We’re obviously in very deep budget negotiations and we’re trying to identify funding sources for all of this,” Martwick said at a news conference unveiling the bills. 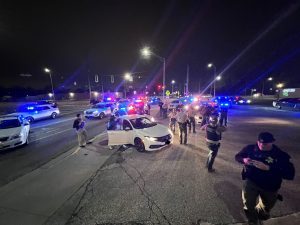 Police released this photo last week of the aftermath of a carjacking that took place in another part of the city. The victim was a pregnant woman who was carjacked by two armed teenagers. Police recovered the vehicle quickly, and the victim was not injured physically. Two juveniles face charges in the crime. –Supplied photo

The budgeting process was scheduled to conclude late last week, and several of the public safety-centric measures put forth by Democrats in recent days are subject to that appropriations process.

“The General Assembly has the ability to equip our law enforcement officers with more ways to protect our communities,” Martwick said.

Another provision in the bill would aim to create more collaboration between metropolitan law enforcement groups, other law enforcement cooperatives and police departments to better address carjackings. Those groups would have the ability to receive state grants to focus on carjacking deterrence if the funds are included in the budget.

Sen. Michael Hastings, D-Frankfort, said the legislation will help increase the presence of law enforcement and use of technology.

Hastings said lawmakers have been working with the Illinois State Police to increase the amount of state troopers on the streets to help address the increase in carjackings, and he said expressway cameras approved by the General Assembly can be a helpful tool in catching carjackers.

House Bill 3772, sponsored by Sen. Omar Aquino, D-Chicago, provides protections for carjacking victims who received a red light or speed camera violation after their vehicle was stolen. If the person were to receive a citation, the court or hearing officer would be able to consider whether the vehicle was stolen before the violation occurred.

If the car were to also be towed following a carjacking, the fees would be waived if they submit a police report.

Sen. Kimberly Lightford, D-Maywood, said she and her husband were victims of a carjacking around Christmas. Lightford said they were dropping off a friend, and as they were getting back into their car, three masked individuals came up to them and told her husband to get down on the ground.

Lightford said the moment felt like a movie as she pleaded with the carjackers not to shoot her husband. She said they took her purse and started to look in the car’s glove compartment and armrest. But she said the car was a loaner and it was empty, which caused the carjackers to become upset.

To distract the other two men, Lightford said her husband threw the keys across the ground to get them on the driver’s side of the car so she could leave the passenger’s side and run.

“My husband told me to run. I was terrified and I believed that I stopped breathing,” Lightford said.

Lightford said the carjackers still have yet to be caught but that law enforcement responded quickly that night and did a good job in handling the situation as best as they could.

The news conference was the third in as many session days held by Democrats to tout public safety proposals.

During a news conference on April 4, Democrats unveiled a set of proposals they say help with the recruitment and retention of law enforcement officers. The legislation would create a Law Enforcement Recruitment and Retention Fund, creation of a grant program for off-hour day care, a measure that would require counties to pay sheriffs 80 percent of their state’s attorney pay and focuses on officer’s mental health.

“Any time I see politicians promising to ‘get tough’ on crime, I know it’s an election year,” Moira Fitzgerald said. “Some of these same state legislators have endorsed [Cook County Stare’s Attorney] Kim Foxx, who’s the biggest friend criminals ever had. So I judge these politicians by the company they keep. I have no confidence that they’re serious about stopping crime.”

“I don’t know if they will have an impact against carjacking or not, but I think anything is worth a try at this point.”

“Seems to me it would be easy to have a tracking device in every vehicle that police could monitor at the flip of a switch,” he said.

“You put a few of these punks away for 10 years each—and you spread the word everywhere, and these punks thinking about carjacking will think twice,” he said. “You’ve got to get tough. The minute you don’t, we become the prey for the predators.”