Skip to content
April 14, 2022/Comments Off on Wildcats are hoops champions 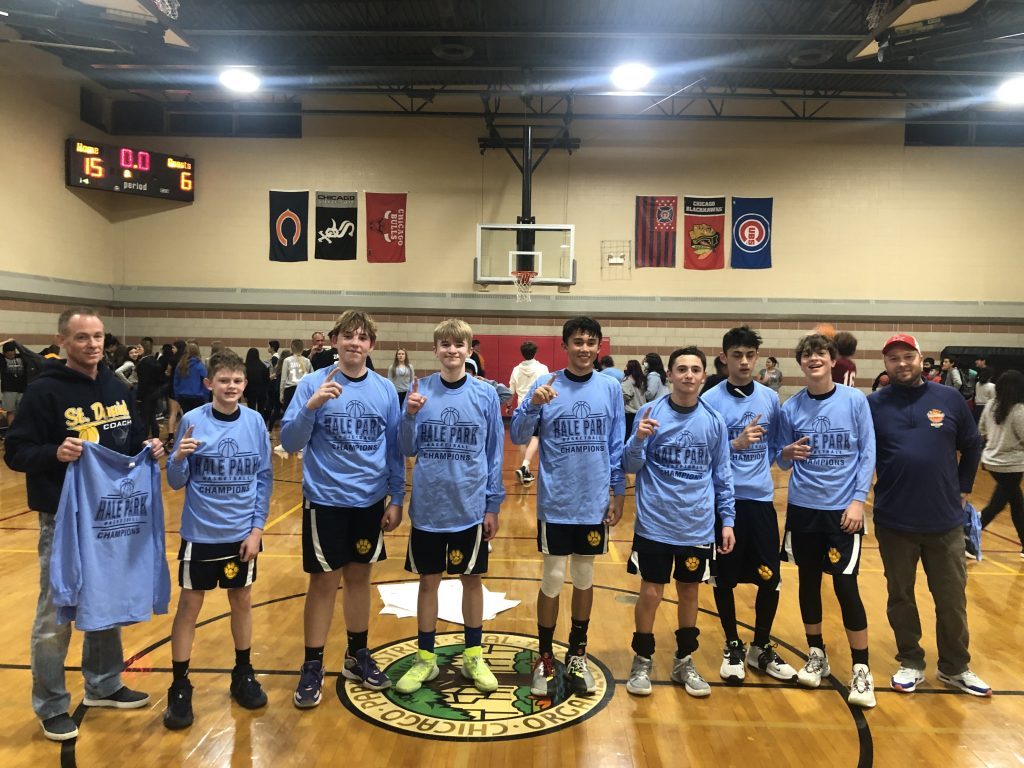 Two years after their playoff run was halted by the start of the pandemic, members of the St. Daniel the Prophet School’s eighth grade boys basketball team wear their championship T-shirts after they took the title at Hale Park recently. The Wildcats went 8-0 in the regular season, then stormed through the playoffs, defeating St. Symphorosa 32-7, Twain 39-24 and then Byrne 15-6 in the championship game. Playing for the Blue and Gold this year are Rocco Carioscia, Nicholas Cegielski, Eddie Chibe, Zach Grabowski, Nico Lowery, Brendan McDevitt, Nathan Millan and Anthony Pociask. The Wildcats are coached by Dennis Pociask and Bernie McDevitt. – Photo by Veronica Wagner