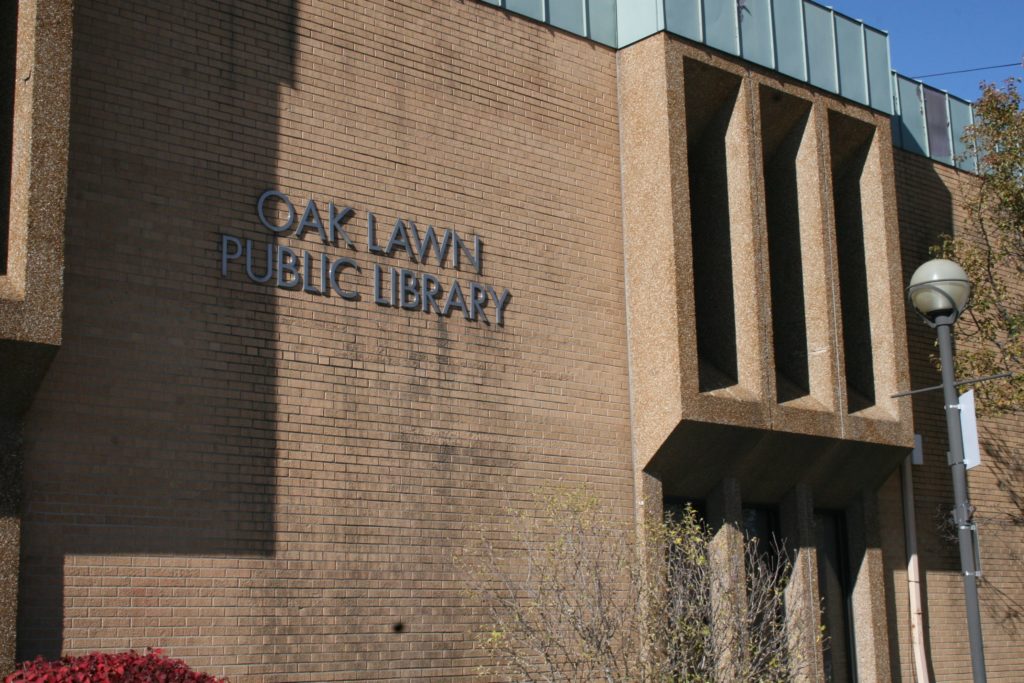 The Encore Center for seniors is planned for the Oak Lawn Library. (file photo)

Oak Lawn Mayor Terry Vorderer said that a new senior facility should return to where it was originally located — in the center of town.

“Before I got elected, we had a building for seniors at 95th and Raymond,” Vorderer said during the Oak Lawn Village Board meeting Tuesday night. “But the previous administration before Sandra Bury decided to sell the building. When the move was made, Dr. Bury said that many seniors were upset that they left the center of town.”

The senior center was sold to make way for the construction of a bank. Bury and village officials decided to use the former McGugan School, 5220 W. 105th St., for senior activities. The facility was no longer in the center of town and many seniors began to complain. They believed the McGugan site paled in comparison to the original senior center.

And that is why Vorderer, who discussed the issue with Trustee Alex Olejniczak (2nd) and Tom Phelan, a former trustee who is now the village manager, on what they thought should be done.

They ultimately agreed it was time to return to the center of town. They presented their ideas to the Oak Lawn Library Board about providing additional space at the library for seniors.

Vorderer said the library board was open to the idea of providing services and activities for seniors in a revamped structure.

“The library has changed due to the internet,” Vorderer said. “A lot of research is now being done online. The library now offers a lot of community events and concerts. I can guarantee you that the senior center (at the library) will not only provide services, but we will be able to double what we are doing now.”

However, several residents who attended the meeting voiced displeasure about having the senior center at the library. Many of them complained that they believed just adding a room to the library would be inadequate.

“I attended an Oak Lawn Library Board meeting on March 15 and I must say I was disappointed that we are just going to be offered a multi-purpose room,” said resident Kelly Mason.

Another resident said that more space was available at the Oak View Center.

“This is not just making space at the library, but to use and add to the library,” Phelan said.

Phelan said the Oak Lawn Library, 9427 S. Raymond Ave., has 70,000 square feet of space. He said that two years of research has gone into making the move to the library for seniors. The area designed for seniors will be referred to as the Encore Center, which will be expanded out for additional space.

“This will blow anything away that was used for seniors before,” Phelan said. “Libraries have changed where people are not always going there picking up books.”

“If you give this a chance, you will see that people will come,” Phelan added.

Olejniczak added that not only the Oak Lawn Library will provide services for seniors, but the adjacent Village Green will be a site for outdoor activities as well.

A slide presentation was presented during the meeting about some of the additional space that will be provided at the library for seniors. A drive-through service will be offered, along with a leisure room. A conference room may be added for guest speakers and other events, Phelan said.

A cafe is already featured at the library. A social reading area where seniors can also enjoy sipping on coffee will also be provided.

Phelan said some nice programs are being offered at McGugan like box lunches and card playing. But more can be done, Phelan believes. It will cost anywhere from $400,000 to $500,000 to build additional space at the library for seniors, Phelan said.

Gov. J.B. Pritzker mentioned dating back to 2019 that additional funding will be provided for projects including the Oak Lawn Library. But due in part to the pandemic, the state has provided no funding as of now.

“We are not going to wait for the money,” Phelan said. “We are going to get it done.”

The new space for the library will also provide a handicapped-accessible entrance for seniors. More information on plans for the senior center at the Oak Lawn Library will be provided at a later date.

Vorderer also said that an announcement will be coming soon on bus service for seniors through Worth Township. The bus service will not only be offered for Oak Lawn seniors but also those from neighboring suburban communities.

The Oak Lawn Police Department honored officer Robert Carroll for his work that resulted in leading to an arrest of an individual involved in sex trafficking. Police Chief Dan Vittorio presented the certificate to Carroll as Vorderer looked on.

“If I have said it once I’ve said it a 100 times that I am so proud of what our police department is doing,” Vorderer said after the presentation. “I stand behind you guys.” 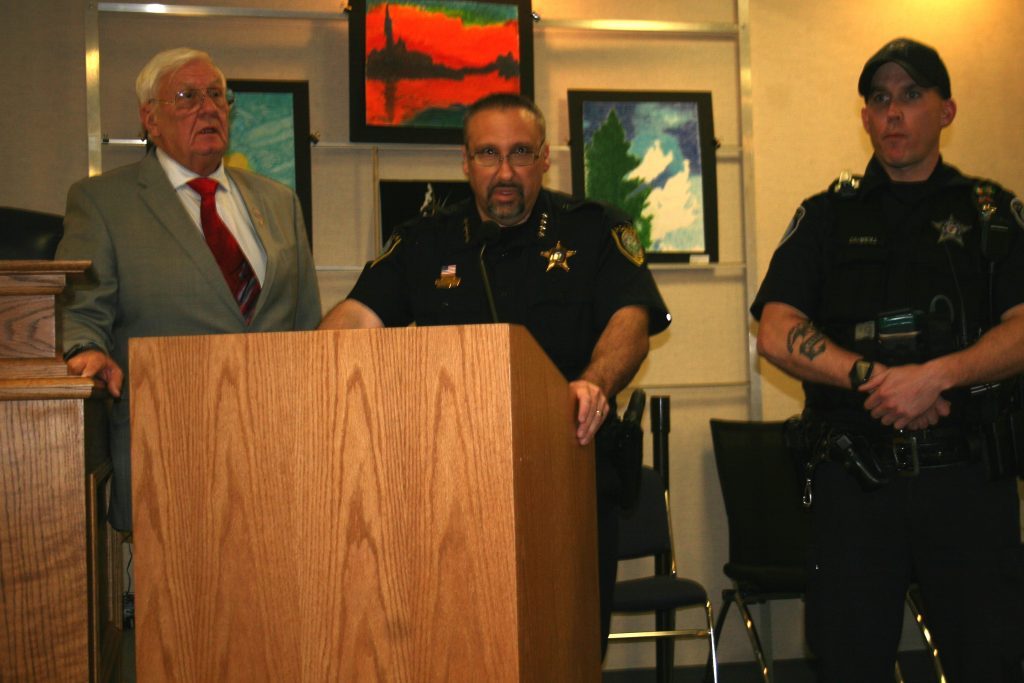