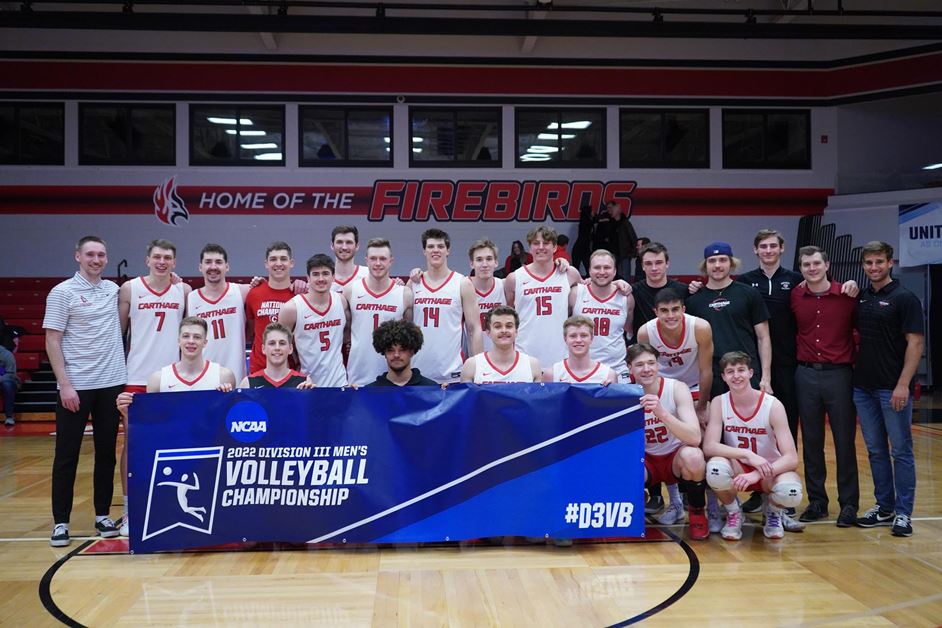 This Marist/Chicago Christian/Lyons connection could lead Carthage College to another national title.

Against Mount Union, McNulty had 34 assists while Bulthuis smashed down a team-high 11 kills on a .389 hitting percentage. He added two solo blocks. Slivinski added 10 kills and six aces.

Against Dominican, McNulty had 44 assists while Bultheis had 14 kills and a whopping .765 hitting percentage. Slivinski added 11 kills and three block assists.

“A .765 in the quarterfinal against the third-ranked team in the country … it’s so absurd,” Carthage coach JW Kieckhefer said of Bulthuis’ performance.

Bulthuis said the outside hitting helped open up the middle game, and when he started having success that opened up the outside game again.

“It’s an awesome credit to everyone else on the team,” Bulthuis said. “Everyone playing to their best ability helps everyone play better. I wouldn’t have been able to hit .765 without everyone else doing their job.”

Carthage (22-3) will have home-court advantage, as it is hosting the Final Four semifinals and national championship match April 22 and 23, respectively. Carthage takes on the Wentworth Institute of Technology at 7:30 p.m. Friday.

Stevens and Springfield are in the other semifinal.

The championship match is scheduled for 5 p.m. Saturday.

The bad news is that the Cougars were swept in two matches at the national tournament in West Des Moines, Iowa.

Park, located in Parkville, Missouri, has a roster featuring 16 out of 17 players from outside the 50 states. The Pirates have several players from Brazil, as well as players from Puerto Rico, Portugal, Italy, Israel, Serbia and Spain.

Grand View won the national title with a 3-1 victory over Benedictine-Mesa.

During the previous week, the Evergreen Park resident hit .552 and stole 11 bases in seven games.