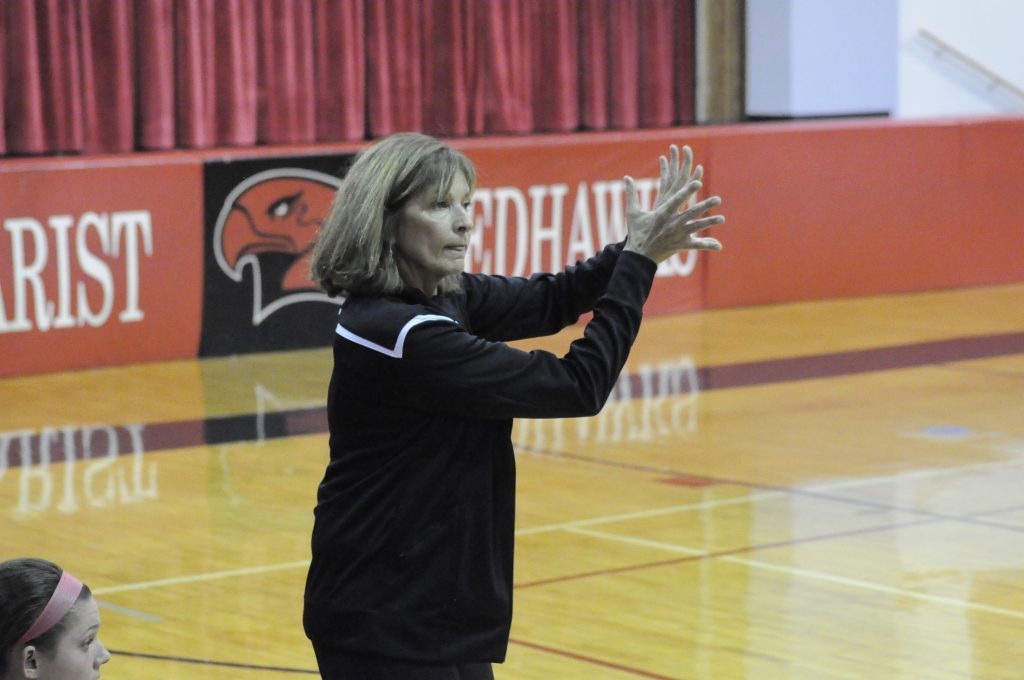 The only girls basketball head coach in Marist history is retiring.

Mary Pat Connolly, who started the RedHawks program in 2002 when the Chicago private school went coed, is giving up coaching the program.

“It’s been a fun journey for my family,” Connolly told Daily Southtown columnist Tony Baranek. “They went through all of these years with me. I’ve lived my job and it’s been a great life. Now, I just want to do what I want to do without worrying about the program.”

She has been inducted into several halls of fame including the Illinois Basketball Coaches Association Hall of Fame as a player and a coach.

When she was known as Mary Pat Travnik she played at Lourdes High School and the University of Illinois, and professionally for the Chicago Hustle of the short-lived Women’s Professional Basketball League.

Assignments are out
Baseball and softball postseason assignments have been announced by the IHSA.

Sandburg, Shepard and Stagg will be at Lockport.

In Class 3A, the St. Laurence Sectional will feature the host Vikings, Marist, Evergreen Park, Nazareth and Richards. The Brooks Sectional features Back of the Yards, De La Salle, Goode STEM and Solorio.

In Class 2A, Catalyst/Maria, Gage Park and Chicago Christian are at the Joliet Catholic Academy Sectional.

In Class 4A softball, the hot spot for area teams is at Marist, which hosts a sectional and supersectional. The defending state champion RedHawks will host Morton, Reavis, Kelly, Mother McAuley, Lyons, Oak Lawn, Riverside-Brookfield and Argo in the 16-team sectional.

The host Eagles along with Shepard and Stagg are among 17 teams at the Sandburg Sectional.

In Class 2A, Chicago Christian is at the Herscher Sectional. Catalyst/Maria is at the Montini Sectional.

According to 247sports.com, he has offers from Central Michigan, Cincinnati, Iowa, Iowa State, Michigan and other schools. He has made a visit to Notre Dame.