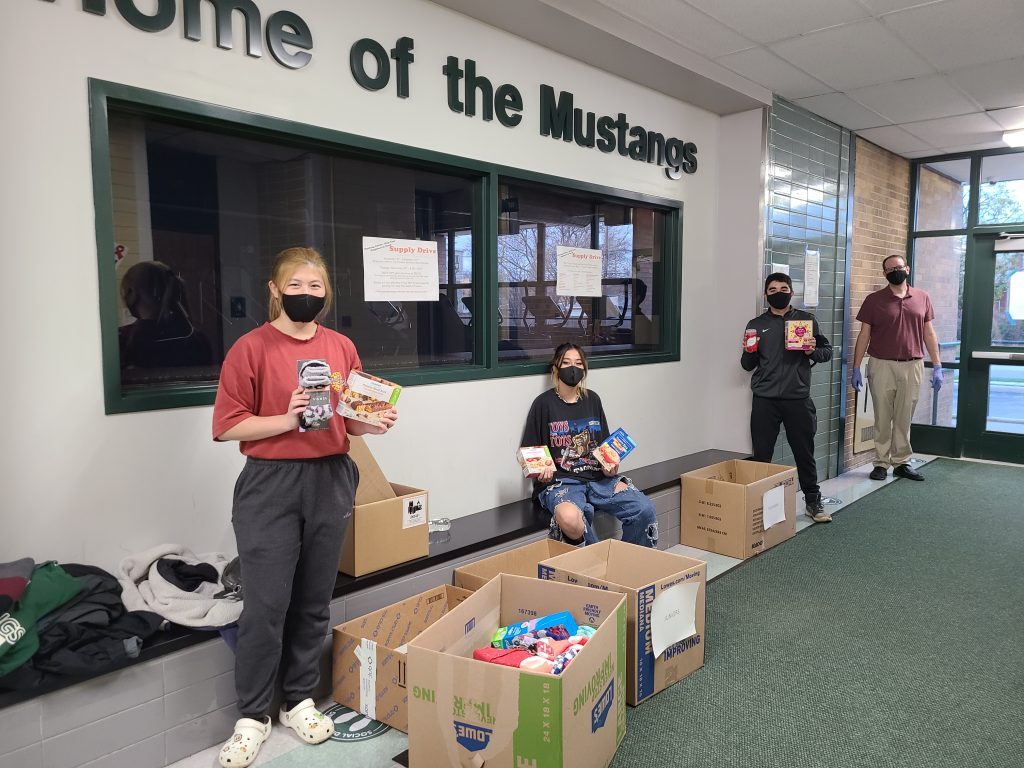 Evergreen Park Community High School students are dedicated to helping others in need, so, members of the Student Government held an 11-day food drive at the end of March.

“I think it’s important for students to engage in leadership roles and participate in things like the food drive to see the impact they can have on other people,” April Kirts, 18, of Evergreen Park, said.

This wasn’t the first year Kirts, a senior at Evergreen Park Community High School, 9901 S. Kedzie Ave., and a member of the school’s Student Government, helped to run the food drive, something she holds dear to her heart and takes great pride in.

“Organizing donation and food drives is such a rewarding experience because you know that your hard work is helping someone in need,” Kirts said. “I also think it’s important for students to realize that there are so many people who are less fortunate than us who we have the ability and resources to help. Leadership roles are so important in high school because influencing other students can have a great positive impact with more participation.”

Students and staff members were able to drop off donations during school hours in the school’s library. The food drive was also open to the local community. Student Government supplied marketing for the event.

Community donations were accepted at the school’s main entrance during school hours from March 21 until March 31.

Only non-perishable items were accepted. Condiments, cake mixes, cookies, other snacks and sweet cereals are among the most requested items, along with non-food items, such as laundry detergent and toilet paper.

At the end of the month, all donations were dropped off at the Village of Evergreen Park Food Pantry at 98th and Washtenaw in Evergreen Park.

The need for donations at the food pantry determines when and how often the Student Government holds the drive, according to English.

“The time of the event has changed over the years,” English said. “Sometimes it has been held near the holidays, but in recent years the pantry has asked us to move it to a time when their donations from other sources are not as high.”

The drive not only benefited a good cause, it also offered some friendly competition among students, as all four grade levels, ranging from freshmen to seniors, competed against each other to see who could bring in the most items.

Students who made donations were entered into a raffle for various gift card prizes. The gift cards were purchased by members of the Student Government.

The rewards did not stop there, however, as the winning class grade also received a donation toward their class fund.

By PETER HANCOCK Capitol News Illinois [email protected]capitolnewsillinois.com SPRINGFIELD – The Illinois Supreme Court on Thursday rejected a lawsuit filed by two former state legislators who sued for back pay they believed they were due for raises that they voted against while in office. Former Sen. Michael Noland, D-Elgin, and former Sen. James Clayborne, D-Belleville, argued…