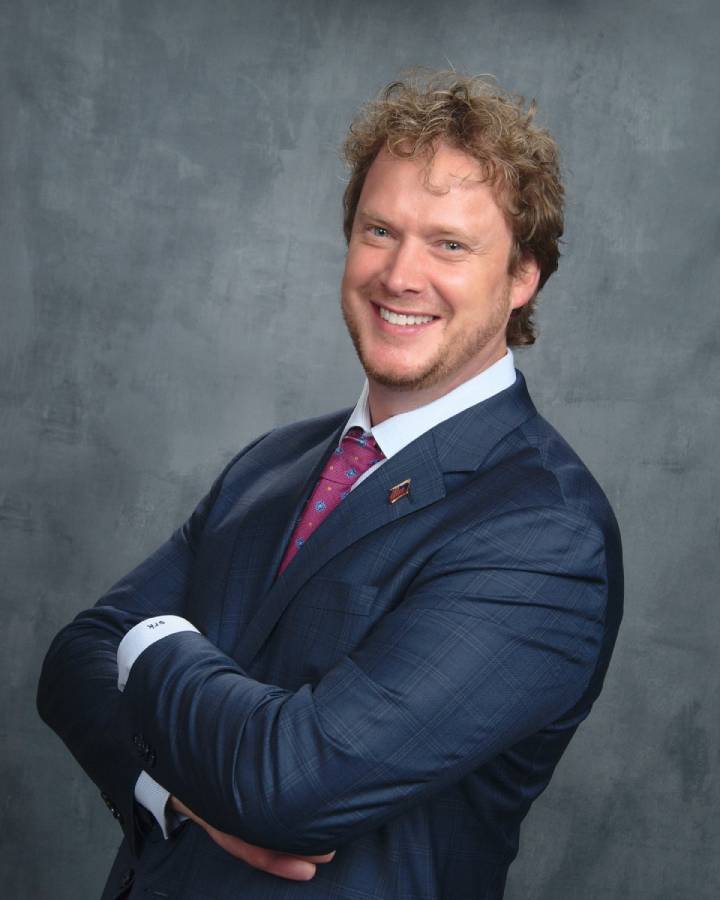 Orland Park resident Scott Kaspar took the you-can’t-fire-me-because-I-quit approach to fending off being removed from two committees and said he was protecting those committees from politics.

Orland Park’s village board tabled a motion to have Kaspar booted off the Police Pension Fund and Ethics committees for comments that they said he made that were “improper and unbecoming of an individual appointed to those positions,” according to village documents. 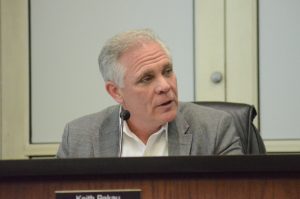 Orland Park Mayor Keith Pekau urged the board of trustees Monday to table a motion removing Scott Kaspar from two committees because Kaspar had resigned. (Photo by Jeff Vorva)

Kaspar was invited to plead his case at Monday’s village board meeting but he did not show up and had already resigned from those committees shortly after the board had announced they wanted him off of the committees at the April 4 Committee of the Whole meeting.

Both Kaspar and Orland Park Mayor Keith Pekau are running with several others for the Republican nomination in the 6th Congressional District in the June 28 primary election. In a video ad for Kaspar, he questioned the village’s statistics on crime and said that crime in the village was out of control.

While Pekau abstained from comment that night because of the congressional election, some board members took exception to the ad and Trustee Cynthia Nelson Katsenes called it “reckless.”

In a resignation letter to Police Pension Fund Board head John Dargan, Kaspar wrote: “This pension board is not political. It is a board that makes decisions for the long-term health of the pension fund, owned by the officers who have faithfully served on the Orland Park Police.

“I am disappointed that Mayor Pekau has chosen to insert politics into my appointed role. However, I care about the pension board and want to protect it from this unrelated political fight. Accordingly, I am resigning from the pension board immediately so that you may seek my successor and carry forth the business of the pension board without the distraction of politics.”

Pekau was puzzled Monday night about public comments Kaspar made about being removed from the committees during the April 4 Committee of the Whole meeting.

“Mr. Kaspar said he was forcibly removed from this position and to be clear, I have not removed him, and the board has not officially recommended for his removal, either,” the mayor said. “They invited him to speak tonight, and we do not see him. [On April 4] they moved it to the main board meeting to have that happen.

“Clearly, from his resignation, he knew that he wasn’t forcibly removed.”

The board appointed interim police chief Eric Rossi to the Joint Emergency Telephone System Board to replace former chief Joseph Mitchell, who retired and took the chief’s job in Wilmington.