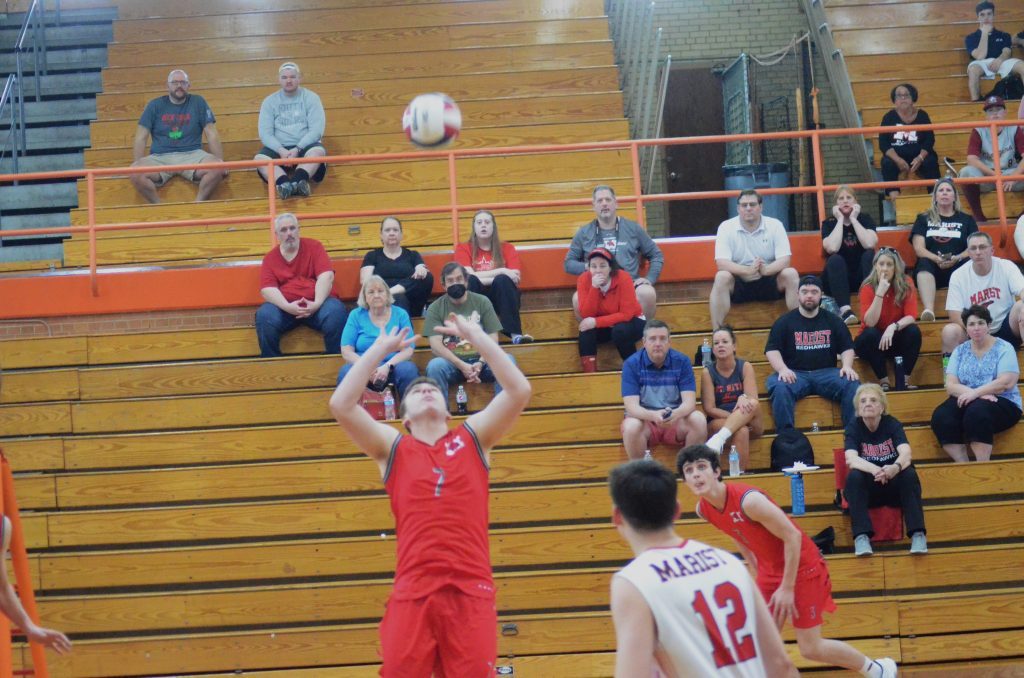 Two of the top eight boys volleyball teams in the country squared off April 23 and it didn’t go well for No. 4.

Marist, which came into the Brother Rice Smack Attack tournament unbeaten and ranked fourth in the nation in the USA Today/American Volleyball Coaches Association’s poll released April 22, had its 21-match winning streak halted after a 25-20, 25-16 loss to No. 8 Glenbard West.

The meeting revisited the 2019 state championship matchup, which was won by the RedHawks.

As good as the the RedHawks have not cruised to the 21-0 record they had posted heading into the Smack Attack final. They have flirted with danger much of the season with several three-set wins, and tight battles in some two-set victories.

The loss will be used as a learning experience, according to outside hitter Kellen O’Keefe.

“That’s the best in the state right there,” O’Keefe said of Glenbard West. “I think it’s great that we got this loss because it will make us push ourselves even harder to do better later in the season.”

Glenbard West (17-1 after the win) played without one of its best players and still made life miserable for Marist.

“Man, I think we really need to improve,” O’Keefe said. “They were a way-better control team than us. They were great defenders, and everything that we put down they dug up, and we have to emulate that.” 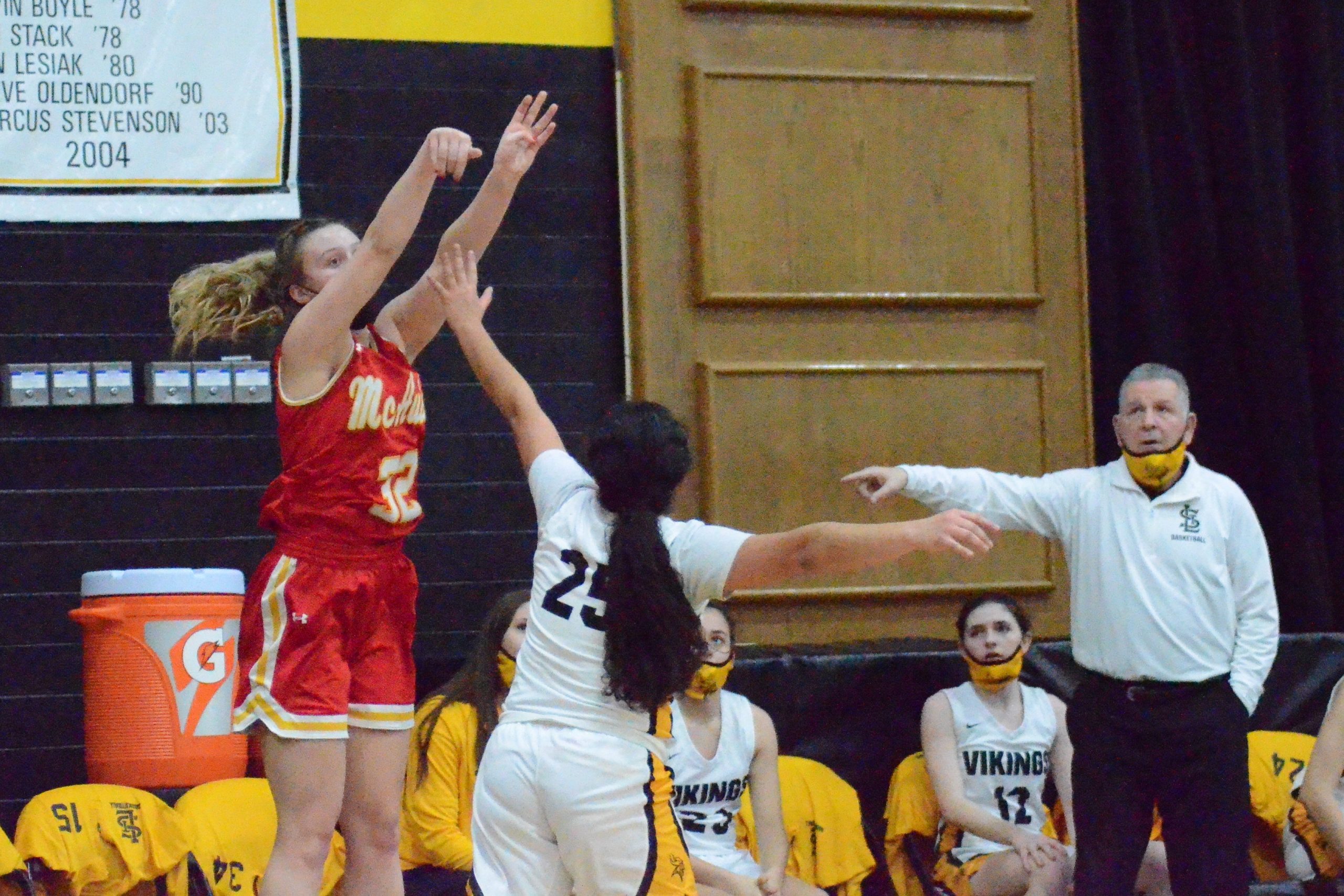 Finnegan, who is headed to Indiana State, averaged 18.4 points and 7.1 rebounds per game as a senior.

The postseason assignments for boys and girls track are official.

In Class 3A boys, Morton is hosting a sectional that will feature Reavis, Brother Rice, Curie, Kennedy, Marist, Lyons, Oak Lawn Richards, Riverside-Brookfield and Argo in the 17-team field.

Sandburg, Shepard and Stagg will be at the 16-team Lockport Sectional.

In Class 2A, the 16-team St Rita Sectional will include Catalyst Maria, De La Salle and Mount Carmel.

Evergreen Park will head to the 15-team Kankakee Sectional.

St. Laurence, Solorio and Nazareth Academy are at the Fenwick Sectional.

In Class 1A, Chicago Christian heads to the 20-team Seneca Sectional.

Lyons, Sandburg and Stagg will part in a 15-team sectional that does not yet have a host school.

In Class 1A, Chicago Christian is at the 19-team Seneca Sectional.