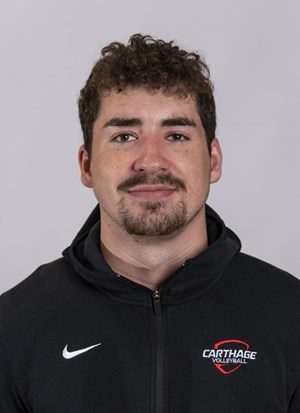 Then they proved they were deserving of the honor, helping Carthage College win an NCAA Division III men’s volleyball national championship. The Firebirds beat the Wentworth Institute of Technology, 25-22, 25-19, 25-11 in the semifinals on April 22 and Springfield College 25-21, 25-22, 18-25, 25-22 on April 23 to win the national championship in Kenosha, Wisconsin.

In the title game, Slivinksi had 18 kills and two aces, Bulthuis had nine kills and two block assists, and McNulty racked up 43 assists.

In the semis, Slivinksi had 13 kills. Bultheis had 11 kills while McNulty registered 33 assists.

Slivinski said he was dealing with an ankle injury before the match.

“The adrenalin kicked in and I was just able to excel,” he said. “It was an amazing and surreal experience to play in front of thousands of our fans.”

Ready for some football

Some notable games include the season-opener at NCAA Division II Indianapolis on Sept. 3. Their first home game is against St. Thomas (Fla.) on Sept. 10. The Homecoming game versus Roosevelt will kick off Mid-States Football Association Midwest League play on Oct. 1.

“We’re obviously going to be challenged right off the bat playing a really good Division II U-Indy team on the road in Week 1,” Cougars coach Mike Feminis said. “But I’m also excited to have six home games because it’s been quite a while since it has happened. Finding non-conference games has always been difficult for us but I’m looking forward to playing a new opponent like St. Thomas.

“I don’t know much about them except they went 9-2 last year and just missed the NAIA playoffs, but I’ve heard from coaches in that Florida league [Sun Conference] that they are really talented.”

The prior week, the Evergreen Park High School graduate hit .556 in 18 at-bats with 10 RBI.

It was the second week in a row a member of the Smyth family won the honor. The previous week his cousin, Jimmy, earned it.

Orland Park’s Julia Ruzevich, who played soccer at Sandburg and Marist and recently concluded her college career at Division II Lindenwood, has signed to play for Eigner Angela Noerdlingen in the German Bundesliga First Division league.