Skip to content
April 26, 2022/Comments Off on Vikings win an ugly one 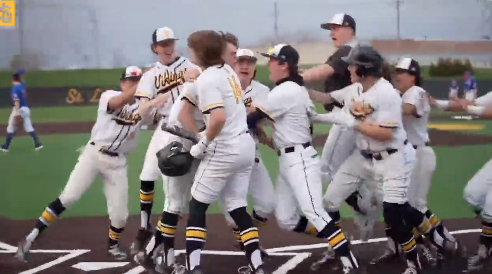 Vikings win an ugly one

It didn’t exactly have the grandeur of a walk-off grand slam, but a win on an opponent’s error–ugly as it may be–can be just as thrilling, as the St. Laurence High School baseball team proved last week in its 4-3 victory over Marmion Academy. An attempted pickoff play at third base went awry, with the Viking runner scampering home with the game-ending run as the ball sailed into left field. A perennial power in baseball, the Black and Gold are ranked 20th in the nation thus far this year. – Photo courtesy of St. Laurence Sports Media