Skip to content
April 26, 2022/Comments Off on Treasure trove of historic photos posted by White 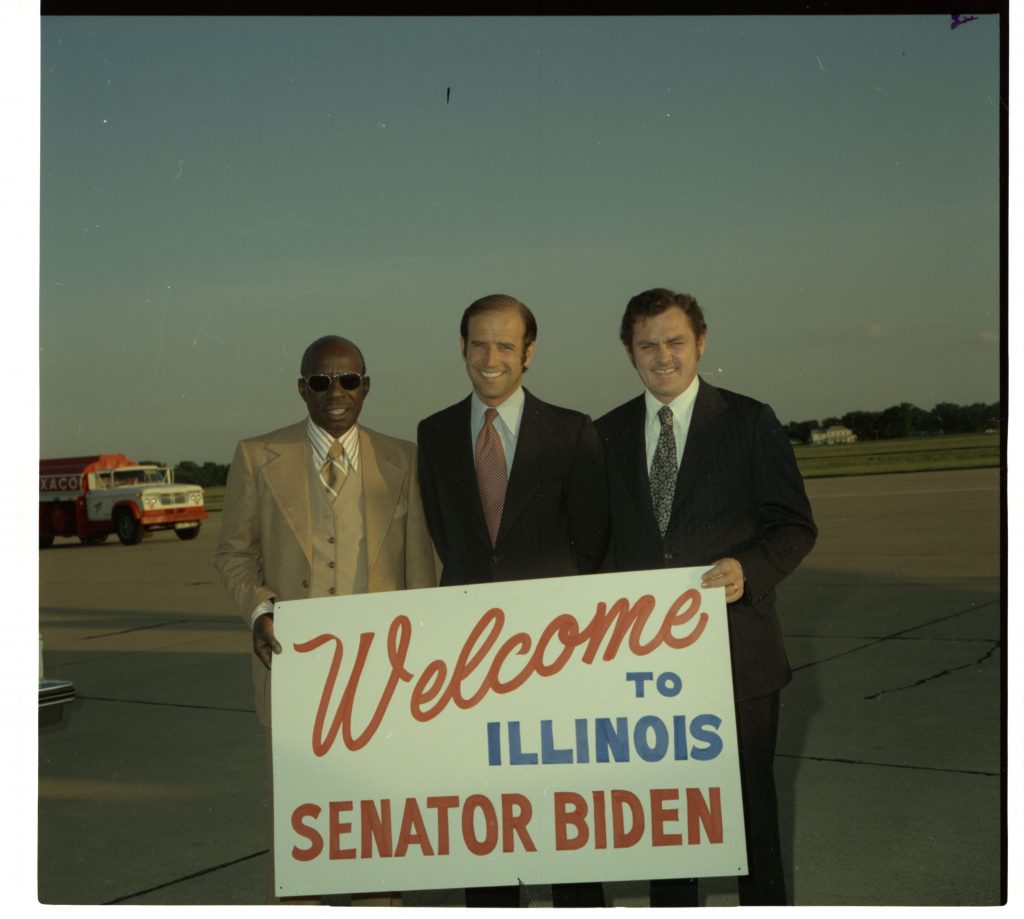 More than 21,000 historic photographs from the Eddie Winfred “Doc” Helm Photo Collection have been put online by Illinois Secretary of State Jesse White, in his de jure role as State Librarian and State Archivist.

“Doc Helm served as the state photographer from 1941 to 1992 and he took photos of historic and day-to-day events at the state Capitol in Springfield and throughout the state,” White said. “However, because the Archives only had the negatives of these photos, the collection has rarely been seen. This new online collection will change that.” 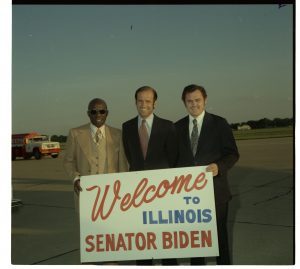 White said the Illinois State Archives received a $60,000 grant from the National Historical Publications and Records Commission (NHPRC) in 2020 to scan the photographs, create a finding aid for them and place them online for public use. The photos are now on the Illinois Digital Archives website that is operated by the State Library.

The grant funded the purchase of a scanner and the salaries of contractual workers, most of whom were masters-level students from the University of Illinois-Springfield History Department.

Included in the photographs are pictures of at least six U. S. presidents on visits to Springfield (Presidents Harry S Truman, Dwight D. Eisenhower, Lyndon B. Johnson, Richard Nixon, Jimmy Carter and Joe Biden, who at the time was a U.S. Senator), as well as Illinois politicians and government officials. There are also photographs of the state fair, local parades, state institutions and visitors to the state Capitol, including school groups, fraternal organizations and celebrities.

The funding for the project came from the NHPRC’s Access to Historical Records Grant, which promotes access to records that highlight a better understanding of our state’s or country’s democracy, history and culture.

The collection is available on the Illinois Digital Archives website at idaillinois.org/digital/collection/DocHelm/search. The photos are searchable in several ways and are available for download free of charge. If there is a need for better quality scans for a publication, call (217) 782-4866.

“Putting these important photos online for all to see at no charge is a step in the right direction,” she said. “Had the state not done that, you wonder if at some point these negatives would have been damaged or lost…and a slice of our state’s historical record would have been lost. History matters, and I applaud Secretary White for his good deed.”