May 1, 2022/Comments Off on Area Sports Roundup: Brother Rice learning from lull 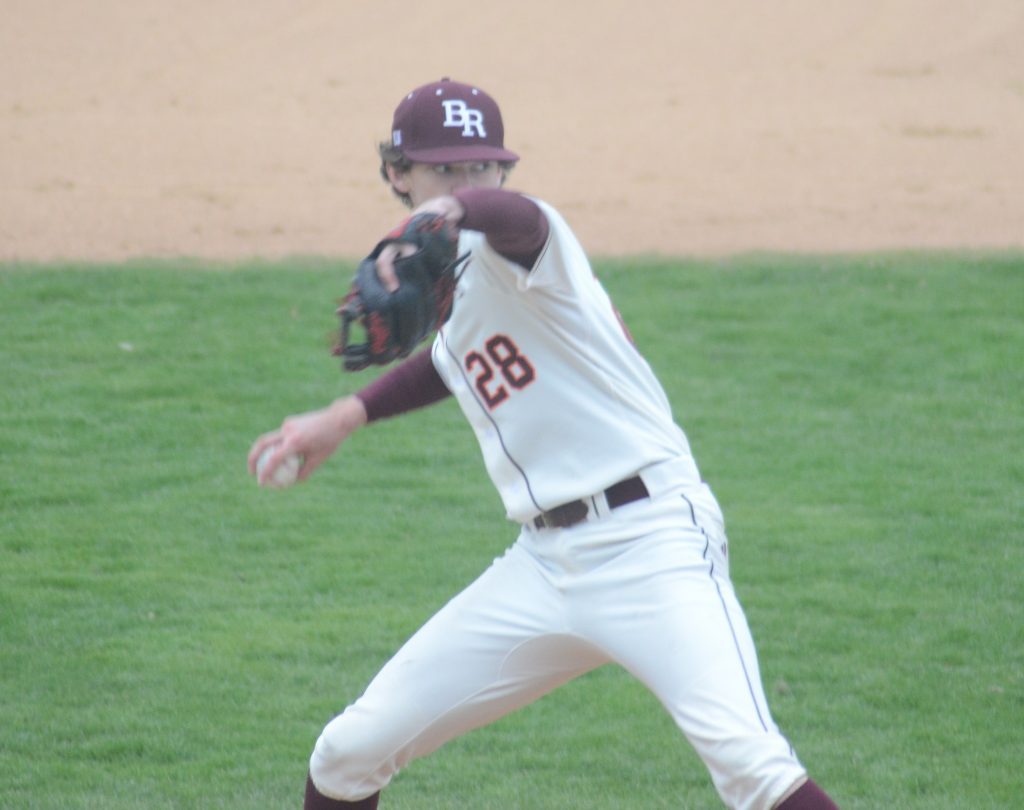 No one thought Brother Rice’s juggernaut, nationally ranked baseball team was going to go undefeated, even though they looked unbeatable through the first 17 games this season.

High school baseball in Illinois relies on deep pitching depth, and with the IHSA instituting pitch counts in recent years an attempt to prevent arm injuries, even pitching staffs as deep as the Grand Canyon can’t avoid losses, especially if a team plays a killer schedule.

At the beginning of the season, the Crusaders beat nationally ranked competition and picked up the No. 22 ranking in the country, according to Perfect Game USA, and was ranked second in the regional rankings.

Since that season-opening 17-game winning streak, the Crusaders are 3-4 and entered into this week’s action at 20-4. Two losses came to St. Xavier (Louisville) by scores of 6-5 and 1-0 and two came in the rugged Catholic League, with a 6-4 setback to Mount Carmel on April 25 and a 9-6 defeat to Providence Catholic on April 30.

They also had a 15-4 win over Mount Carmel and an 8-7 victory over Providence last week.

Sometimes baseball teams go through lulls, and Brother Rice coach Sean McBride is trying to be philosophical about this one.

“We knew we had a special group, but you never truly know how the chemistry is going to mix,” he said. “We’ve dealt with some injuries. All these things are good. We want some adversity.

In the win over Mount Carmel, sophomore Randall Nauden hit a grand slam and pitcher Dylan Warda earned the victory.

In the Providence triumph, junior Cole Van Assen, who days earlier verbally committed to Purdue, pitched the win. Will Flanigan had three hits and drove in three runs, while Bryce Nevils and Christian Holmes each had two hits and two RBIs. 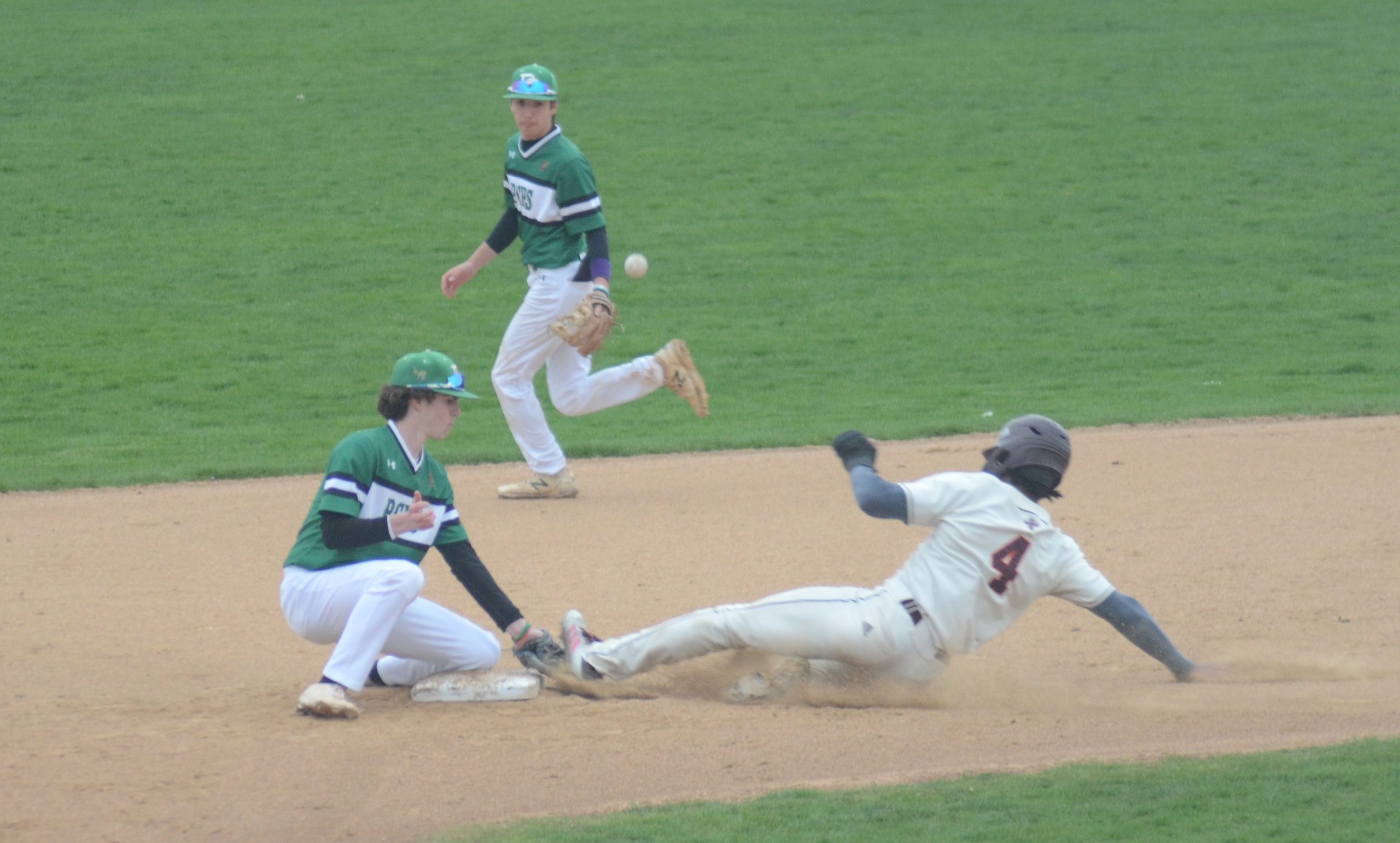 Brother Rice’s Zion Rose slides safely into second base in an 8-7 victory over Providence Catholic.

Darlene Graf was inducted into the Illinois Athletic Directors Association Hall of Fame on April 30. Graf, of Palos Hills, is a former athletic director and coach at St. Barbara, Maria and Queen of Peace high schools.

She had been a member of the Illinois Athletic Directors Association for 45 years, beginning in 1968. With this year being the 50 anniversary of Title IX, she was on the forefront of the rise of female athletics over those years.

She is in a handful of halls of fame. In 2002, the Girls Catholic Athletic Conference inducted her in their Hall of Fame, and in 2003 she was inducted into the Maria High School Hall of Fame.

She serves as the president of the Girls Catholic Athletic Conference, a position she has held since 1995. Collectively, she has had a total of 54 years of involvement in high school athletics.

St. Laurence’s DeShawn Parker had a 6.75 jump to claim first in the high jump.