May 1, 2022/Comments Off on College Report: Moraine Valley celebrates 45 years of athletics in Finn fashion 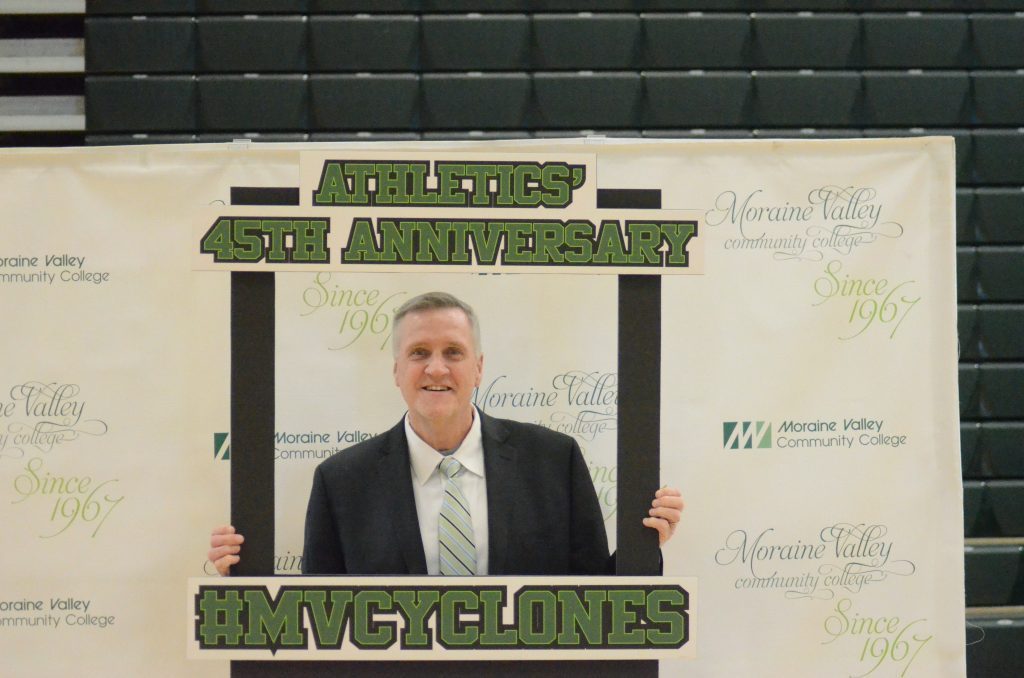 Moraine Valley Athletics Director Bill Finn has a little fun with a sign at the school's celebration of 45 years of offering sports. (Photos by Jeff Vorva)

Bill Finn has seen nearly all of them.

Finn, the Cyclones’ athletic director, has spent 41 years at the college as a coach and administrator.

The school opened up the Health, Fitness and Recreation Center for activities and food last Saturday to help celebrate the occasion. The massive building was constructed in 2014, and Finn remembered coaching his first men’s basketball game in a facility that was not so impressive.

“It was way different,” he said. “We were based in the G Building, and everything ran out of there. It had a rubber floor, and when I coached my first game there were no bleachers. There were walls and baskets. We set up chairs for the bench and set up chairs for the 50 or 60 people who came to the game, and then put them away after the game.

“It was a different era.”

Through 45 years, the Cyclones have had many players go on to four-year schools to compete in athletics. A few have even hit the big-time.

Richaun Holmes, who got his college basketball career kickstarted at Moraine in 2011, is a member of the NBA’s Sacramento Kings. Others who attended the school include Saul White Jr. and Michael O’Donnell, who both played with the Harlem Globetrotters, and Bobby Madritsch, a Reavis graduate who pitched two seasons for the Seattle Mariners.

When it had a football team, Moraine produced a handful of players who suited up for the Bears in 1987 for a few games when NFL players went on strike.

Finn said he is happy with the progression of the program over the decades.

“We’re fortunate to have a bunch of board of trustees and presidents over the years, and that’s important,” Finn said. “We have more full-time people and we’ve built up some great facilities.

Moraine Hall of Fame
The 45-year celebration to give the school a chance to announce its 2022 Hall of Fame inductees.

The class includes Kyle Hastings, who played for the Cyclones and was the men’s assistant basketball coach from 1983-1985. Hastings was also a head hoops coach at Trinity Christian College and an athletic director at Proviso West. He has been the Orland Hills mayor for close to three decades.

“Being at this school has really driven me to be a public servant,” Hastings said. “It’s a great school. A great institution. I’m proud to be a part of this.”

Bill Antonion was posthumously inducted. He was a basketball announcer for the men’s and women’s teams from 1995-2015.

Michael Wojnarowski, who played tennis for the Cyclones in 2007, and Julie (Moore) Wurster, who played volleyball at the school, were also honored. 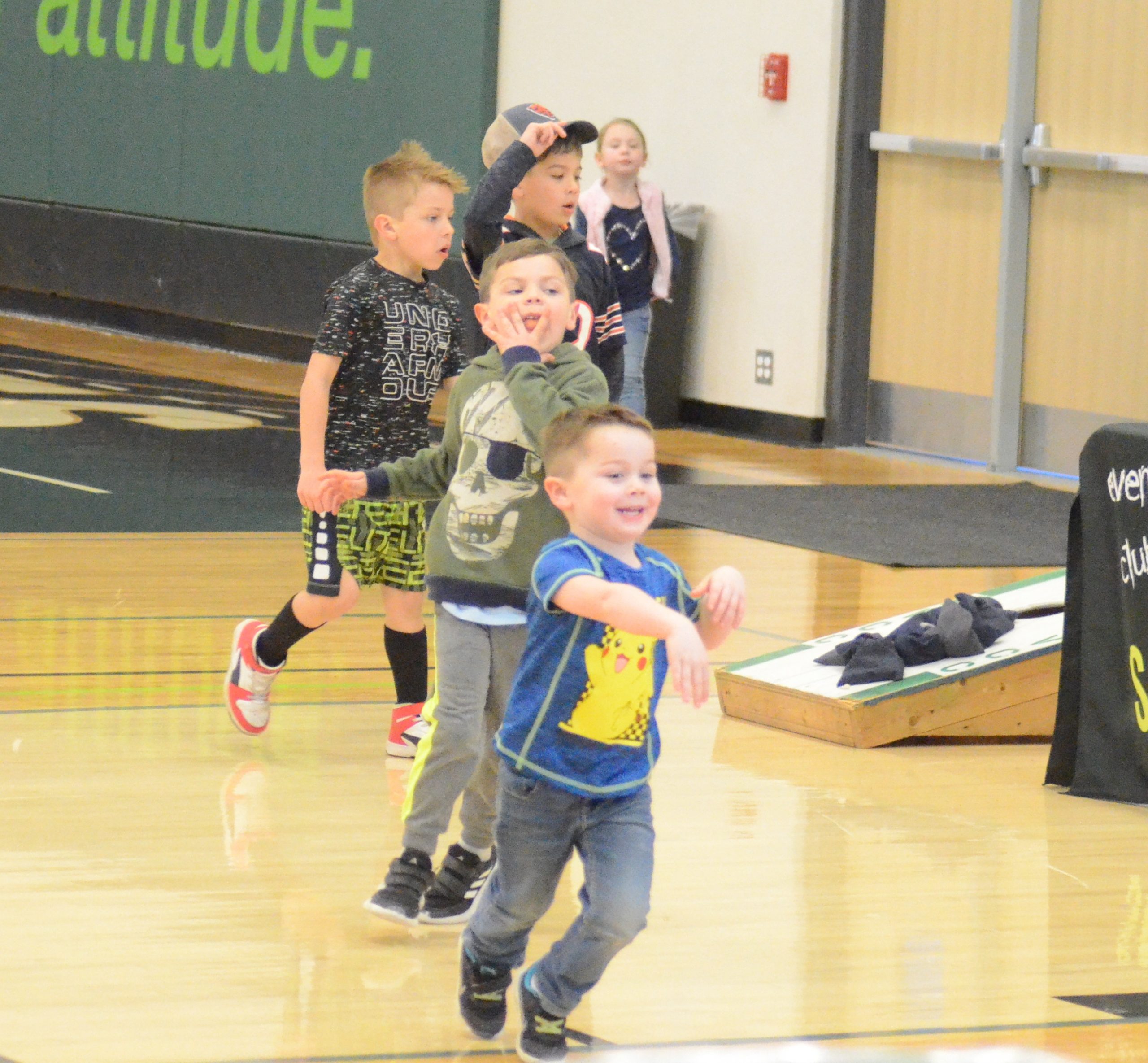 A group of kids run around during the 45th anniversary celebration of Moraine Valley Community College offering sports.