Skip to content
May 7, 2022/Comments Off on ‘We are Eagles’ author shares stories in Evergreen Park 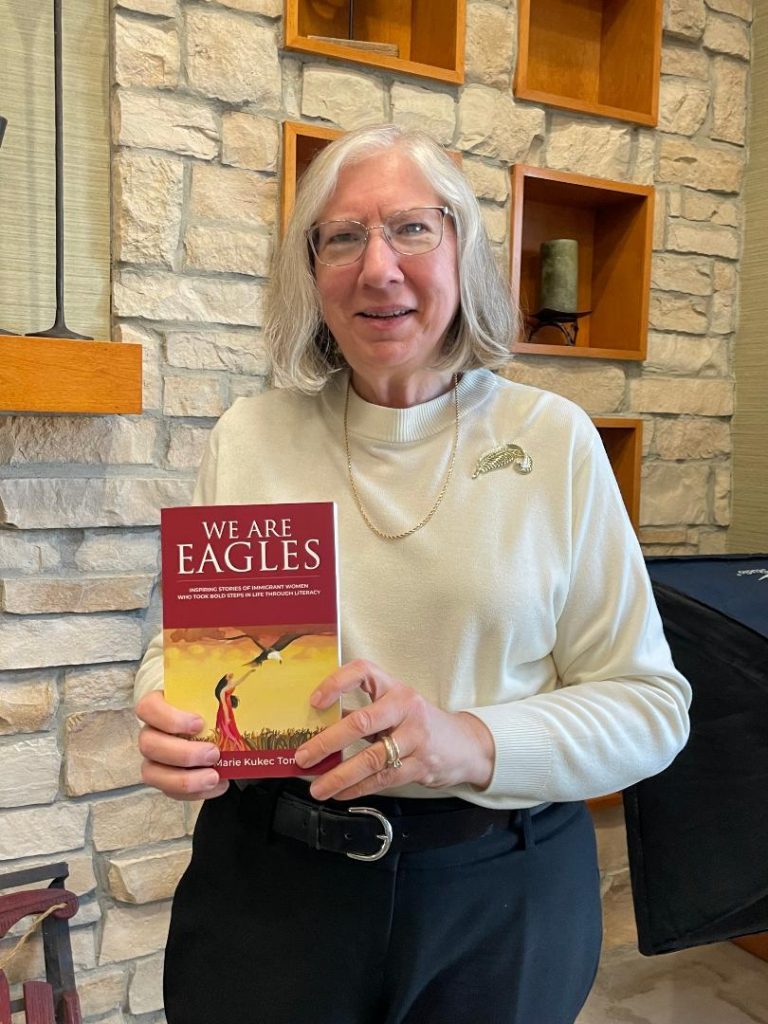 ‘We are Eagles’ author shares stories in Evergreen Park

“Regardless if you are an immigrant yourself, if you are friends with or related to immigrants, or work with them at a company or in a neighborhood organization, you could learn about their love, determination, faith, hope and the importance of literacy, which are all universal,” Tomczyk said. 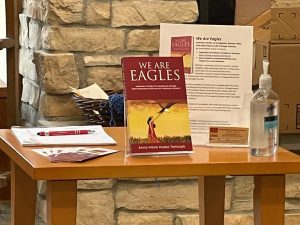 Tomczyk, a graduate of St. Bernadette and Evergreen Park Community High School, was born and raised in Evergreen Park. A community she loves and resided in for more than 40 years. Coming back to share her novel means so much to not only the library, but the area, Evergreen Park Library Director, Frank Murphy, said.

In “We are Eagles,” Tomczyk follows the lives of five incredible immigrant women. The book, that covers a 25-year period, offers gripping stories of how their lives dramatically changed after they learned English and assimilated to their new homes here, including watching their children grow without the fear of poverty or hunger and become the first generation in their families to graduate high school and college.

Led by the Dominican Sisters of Springfield, the center has become a safe haven for more than 25 years where immigrants from about 30 countries have learned English. The center has since helped about 3,000 students. A second center later opened in Melrose Park.

“I interviewed a number of former students of the Dominican Literacy Center, but narrowed the field to five of the earliest students,” Tomczyk said, “They all continue to live in the suburbs around Chicago. While immigration is a political, hot-button issue, the stories focus on the human side of how these women bootstrapped their lives, achieved their goals, and helped their families and their communities.”

The five women in Tomczyk’s book include: Maribel, who was married to an extremely abusive husband until she escaped with her young daughter, got a divorce, cleaned toilets for a living, and in later years, owned a restaurant in Naperville and ran in the Chicago Marathon; Juanita, the first student at the center, escaped stalkers by seeking a new life in America; Blanca, who rose from cleaning offices to management before her company’s decision changed her life; Teresa, who married against her father’s wishes, and the young newlyweds survived an earthquake and natural gas explosions, before settling in America, setting goals and achieving them; and, Maria, who found inner strength after her husband’s accident, which led to achieving goals in a new country.

“I believe they represent various stages in a woman’s life, economic status, hopes and dreams, as well as the obstacles they faced,” Tomczyk said. “I then interviewed them multiple times in person. The whole process until publication took more than three years.”

Four of the women in Tomczyk’s book became U.S. citizens and the fifth is a permanent resident still in the citizenship process.

“We are Eagles” was published in April 2021 and the e-Book in May 2021 through Fig Factor Media Publishing.

“This was the biggest writing project I have ever done in my career,” Tomczyk said. “While I always loved writing, I enjoyed watching how thrilled these women were with having their stories shared with the world. The book was picked up by book sellers worldwide, including in Asia, Europe, Australia, Canada and the United States. I also was thrilled to see how the mission of the Dominican Literacy Center and the importance of literacy spread from Aurora to around the world.”

Tomczyk, who earned an associate’s degree in liberal arts from Moraine Valley Community College and a bachelor’s degree in communications/journalism from St. Xavier University, decided to quit the Daily Herald staff to become a freelance writer and to write this book. She had previously worked for years at the Daily Southtown.

The book is available online at Amazon.com and BarnesAndNoble.com as well as in various stores, including Town House Books & Café in St. Charles; St. Peter’s Church in the Loop Book & Gift Shop, 57th Street Books, and The Seminary Co-op Bookstores, each in Chicago. A portion of the profits from this book will be donated to the Dominican Literacy Center to help support its literacy mission. 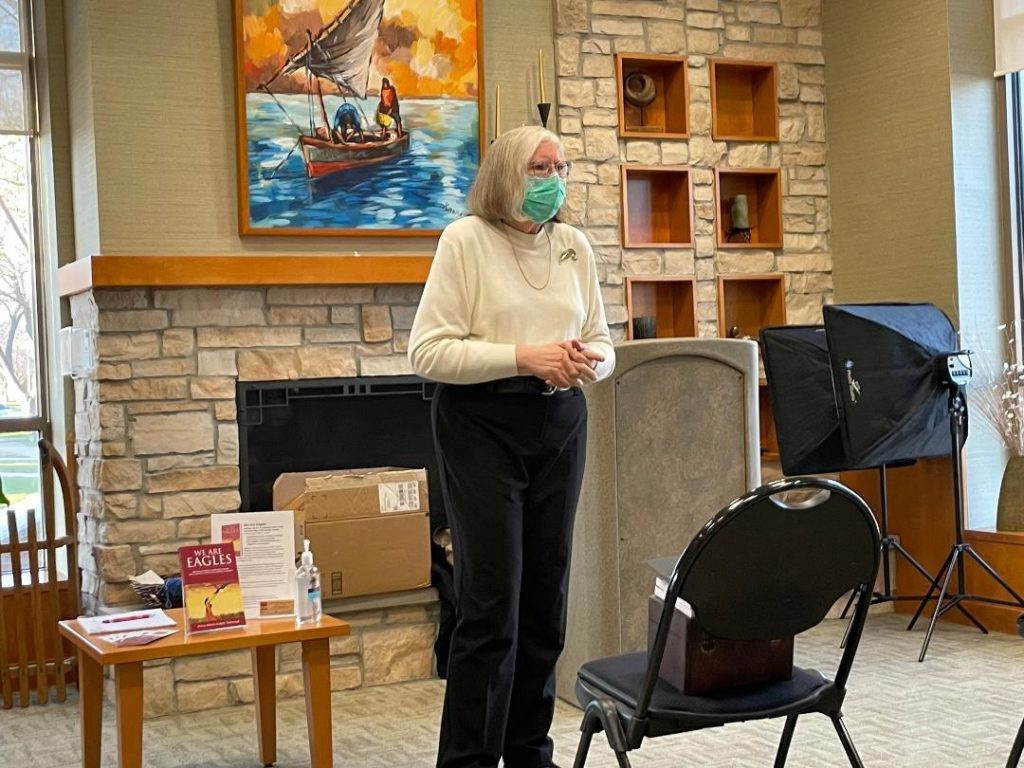