Skip to content
May 17, 2022/Comments Off on ‘Pope’ proves there is always hope: Donn Pall, who pitched six seasons for the White Sox, has high school number retired 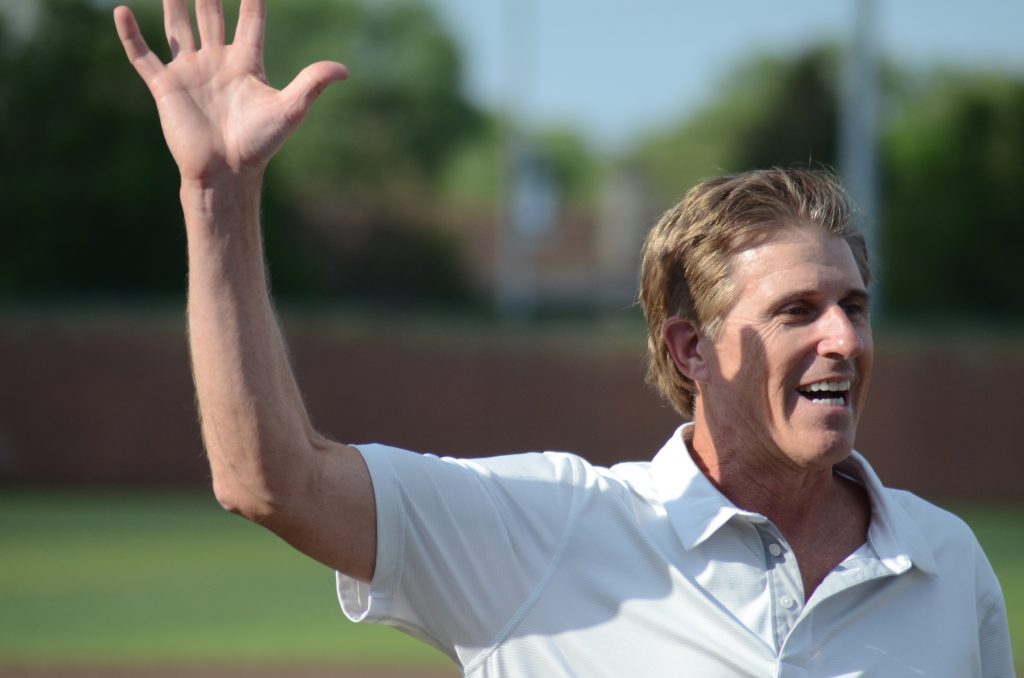 Donn Pall waves to the crowd Monday after throwing out the ceremonial first pitch before a Shepard/Evergreen Park baseball game. Pall had his number retired at EP. Photo by Jeff Vorva

Expectations were not high. Having fun was more important.

“There were no big games and we didn’t have a special team,” Pall said. “It was just fun to play with a bunch of my friends growing up and playing on a high school team together.

“We were never a great team. We were a mediocre team. We didn’t have anyone on the team who was all-conference. That tells you what kind of a team we had — just a bunch of local guys just trying to have a good time and playing ball.”

Pall graduated in 1980, and no one at the time thought he would not only excel in college ball but that he would also play 10 years in the Major League, including parts of six seasons with the White Sox and one with the Cubs.

Pall, nicknamed “The Pope,” was honored Monday by having his number 20 retired at the Mustangs’ baseball field before Evergreen Park took on Shepard in a South Suburban Conference Red game.

He may be one of the few players to have his number retired who forgot what number he wore. 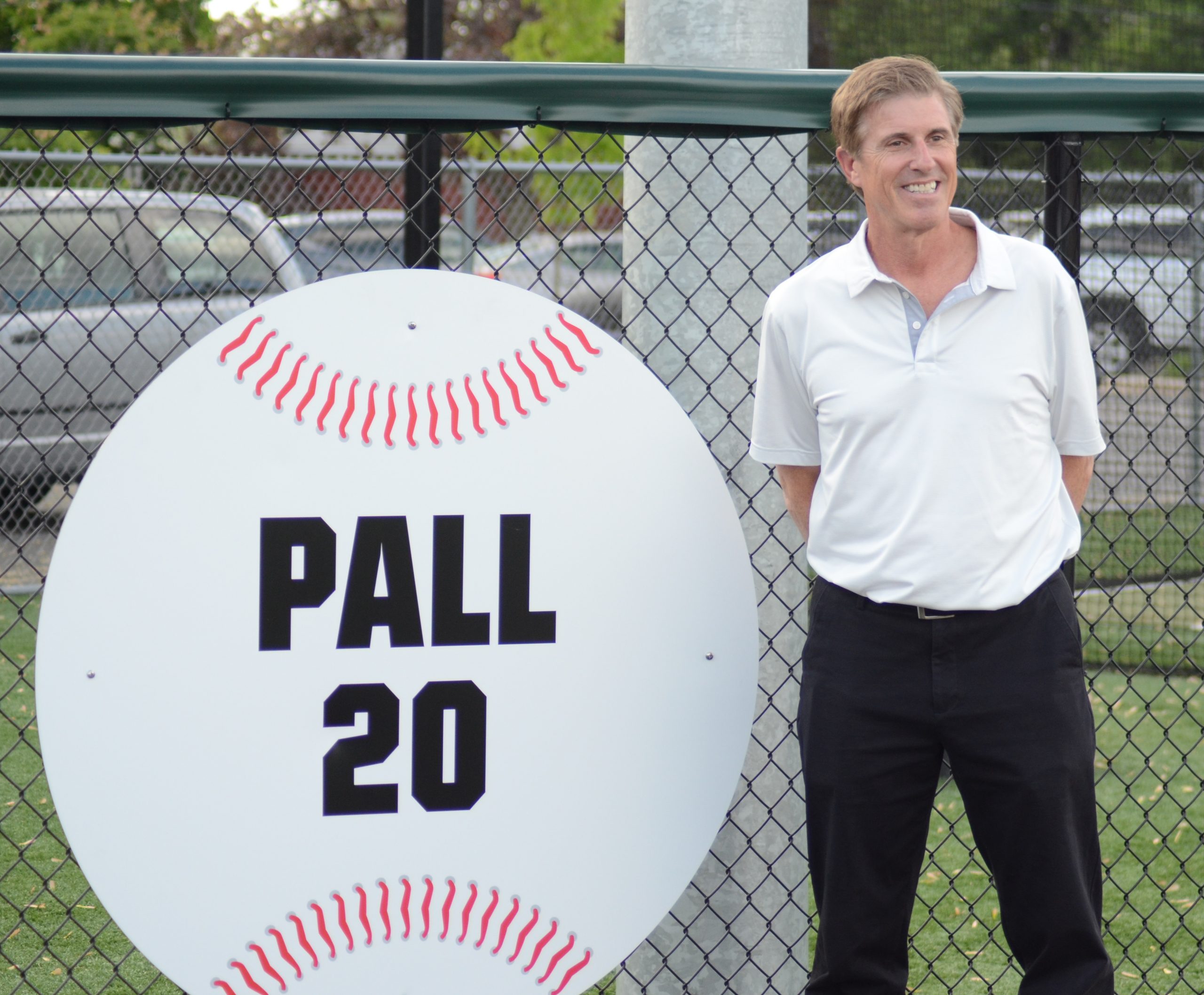 Former Evergreen Park player Donn Pall went on to have a surprising major league career and had his number retired on Monday at the school. Photo by Jeff Vorva

Pall made 328 major league appearances, had a lifetime 3.63 ERA and capped his career winning a World Series in 1997 with the Florida Marlins.

He didn’t have a Hall-of-Fame career, but it was an outstanding display of perseverance, considering he was not recruited out of high school and was rejected by Illinois as a walk-on candidate as a freshman.

He gave baseball one more shot and, that time, Illinois found a roster spot for him. He had a breakout season in 1985, going 13-1 with a 1.98 ERA, and scouts took a look at him.

He was drafted by the White Sox in the 23rd round — the 579th pick overall — and played professionally for 14 seasons.

Pall, 60, lives in Bloomingdale, works as a financial planner and is an ambassador for the White Sox.

It was the second time a former Mustang had a number retired his month. Jim Adduci had his retired May 5. Evergreen Park High School officials had hoped for a dual ceremony, but the scheduling didn’t work out. 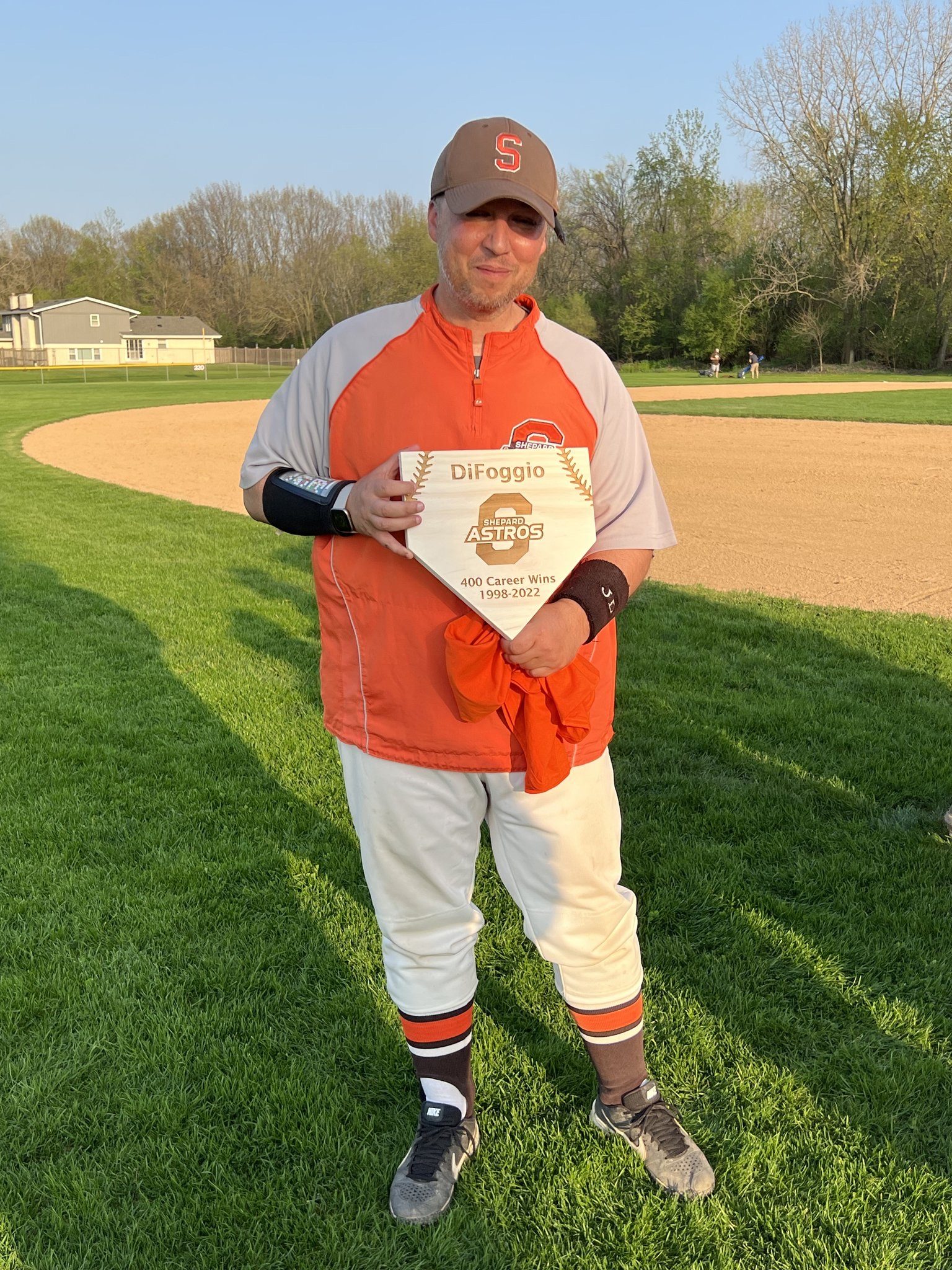 This baseball season has seen some milestones for area coaches.

“To my guys who have played for me and/or coached with me, I would like to thank every single one of you,” DiFoggio wrote on Twitter. “I appreciate the efforts you have given me throughout the years…everything about the Shepard baseball program is because of you.”

Sandburg coach Jim Morsovillo joined the 200-win club on May 2. Morsovillo took over the program in 2012, replacing Doug Sutor, who won 574 games, according to IHSA records. 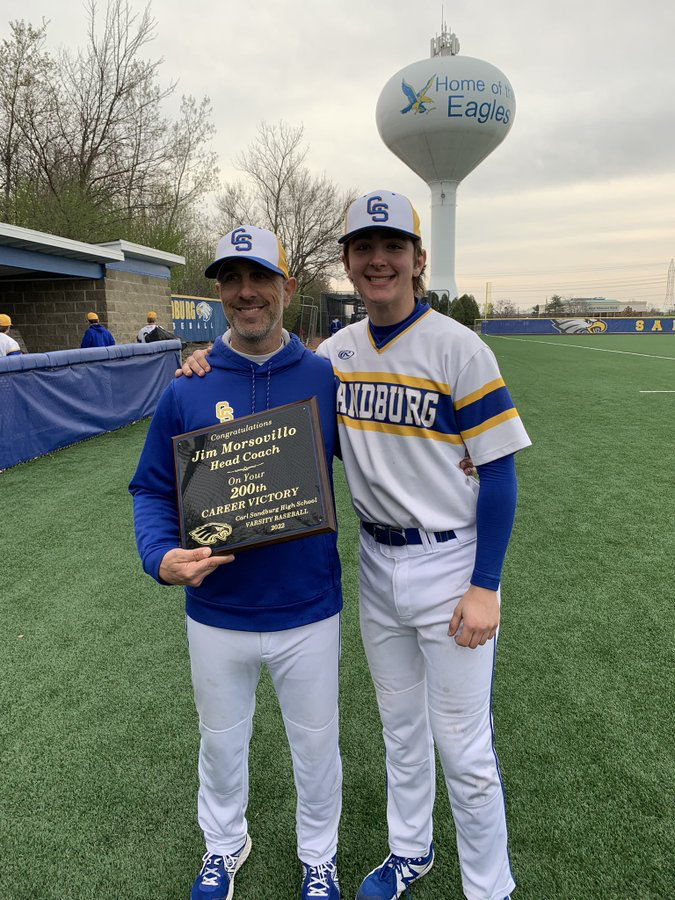