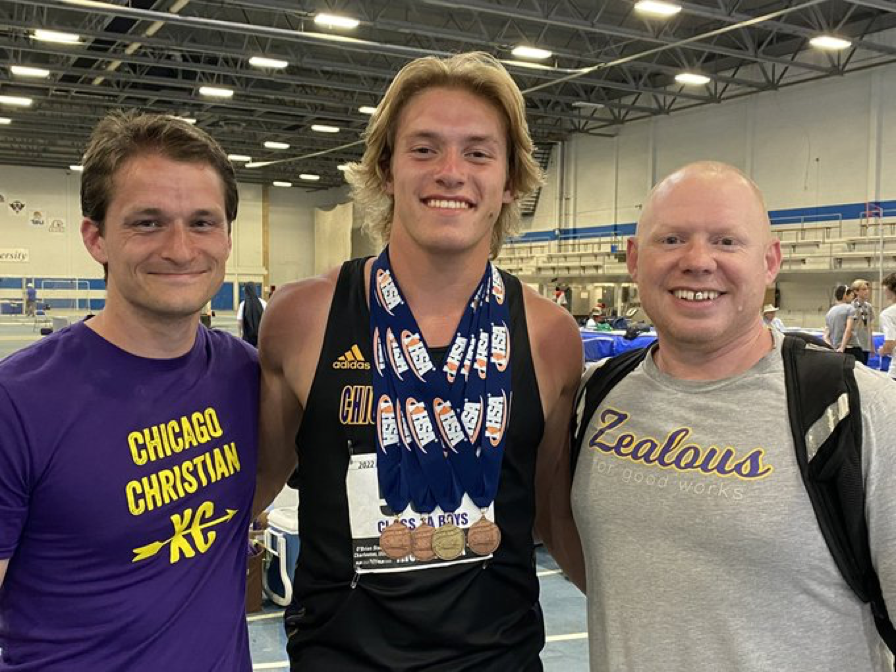 Two area individuals and a relay team emerged from the IHSA state boys track meet over the weekend as champions — one in each classification.

Things mostly went smoothly for Jelderks, who was the football team’s quarterback in the fall and a starter on the basketball team in the winter.

“It started raining right before my 200 run in the preliminaries,” he said. “But aside from that, it wasn’t bad at all. I had the long jump in the morning and shortly after that I had the relay. Then I had rest before my sprints.” 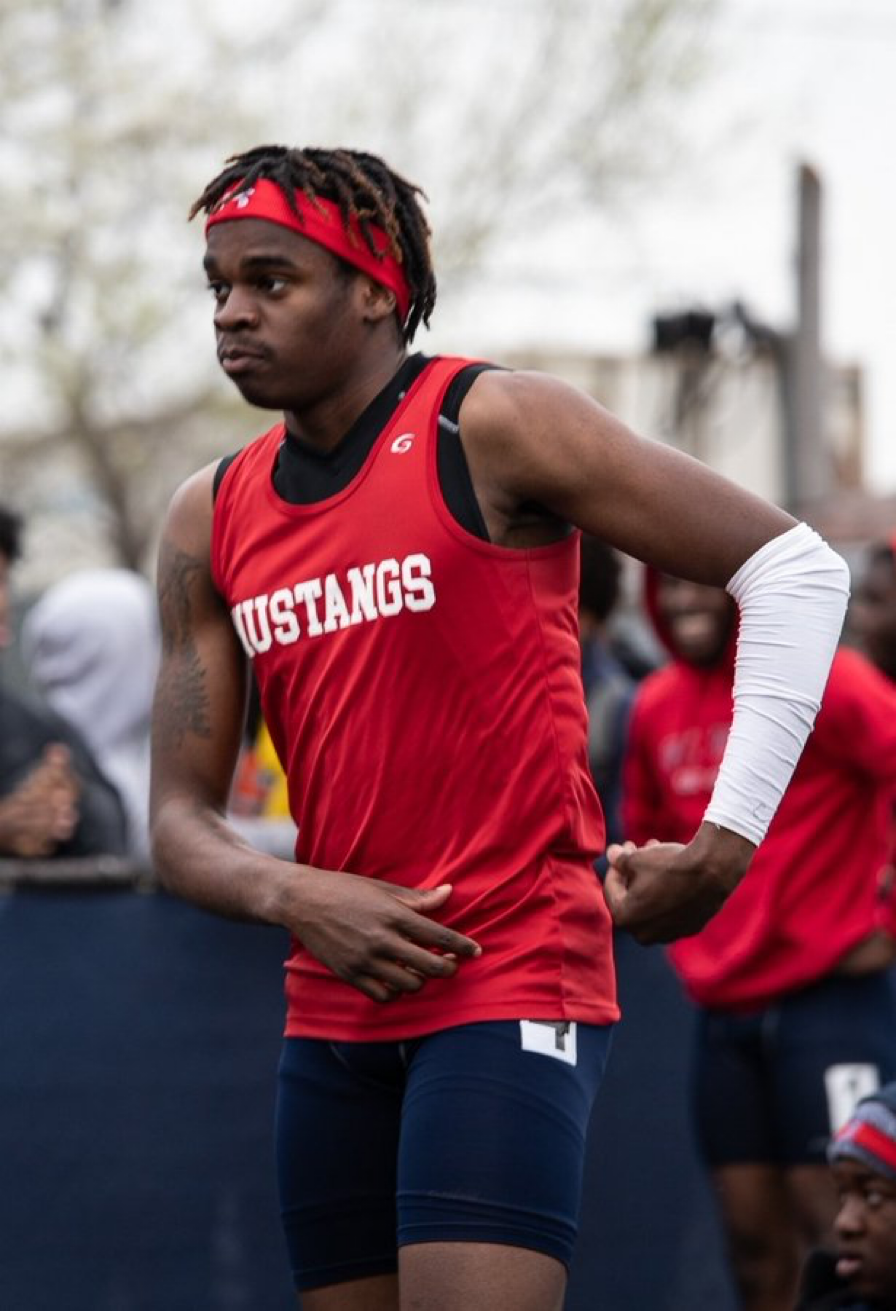 Nwagwu, a receiver on St. Rita’s football team that took second in the state in Class 7A last season, took first in the 200 with a 21.48. He also claimed fourth in the 400 with a 50.04 04 and was on the Mustangs’ fifth-place 400 relay team with Nikolas Norton, Jimmie Maxson III and Kaleb Brown with a 42.75, just ahead of St. Laurence’s Harley Rizzs, Matt Ochoa, Dell-Rio Johnson III and Adrian Williams with a 43.02.

The Sandburg 3200 relay team won its 10th straight medal in that event and fourth state championship with a 7:44.03. The Eagles finished second in sectional competition to Hinsdale Central and second in the preliminaries to Downers Grove South. But in the championship final they put it together for the win.

“These guys were my four rocks,” Eagles distance coach John O’Malley said. “They focused the entire time on themselves. There was a lot of external noise from a lot of other performances. There were some great relay teams out there that we could have focused on and worried about and all week we focused on us.”

Marcus Kennedy of Brother Rice took sixth in the high jump with a 6-4, and Robert Wagner was ninth with a 6-2.75. 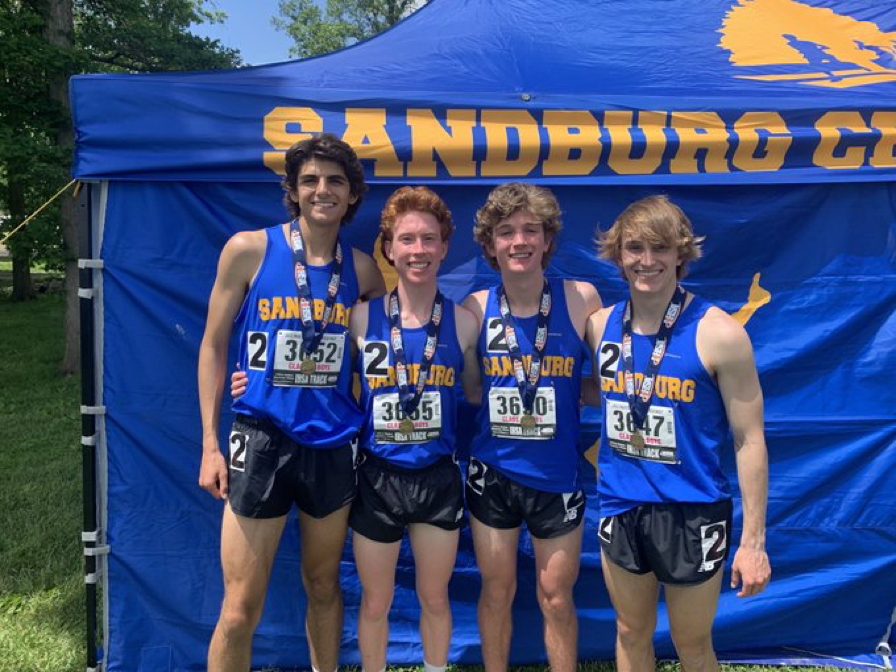 State tennis
The state tennis tournament took place over the weekend at various sites. In Class 1A, Nazareth’s Ryan Nelson went the deepest into the tournament among area players before dropping an 8-4 decision to Erza Bernhard of Champaign Central in the fifth round of consolation. He finished 3-2 for the tournament.

In Class 2A, the Lyons doubles team of Will Carroll-Mason Mazzone finished 3-2 and reached the fourth consolation round. Singles player Jack McLane went 2-2 while the doubles team of Tiernan Kelly-Patrick Adams went 1-2.

Regional royalty
There were 15 baseball or softball teams from the area that survived the grind of the opening rounds of the postseason and won regional championships. Sectional action began this week.

In baseball, Brother Rice, Lyons, Mount Carmel and Riverside-Brookfield won regional titles in Class 4A. In Class 3A, St. Laurence, which finished third in the state in 2021, Marist, Nazareth and De La Salle claimed regional titles.

In softball, defending Class 4A champion Marist won a regional championship, as did Riverside-Brookfield, Lyons and Shepard. In Class 3A, Evergreen Park, Richards and St. Laurence won titles. 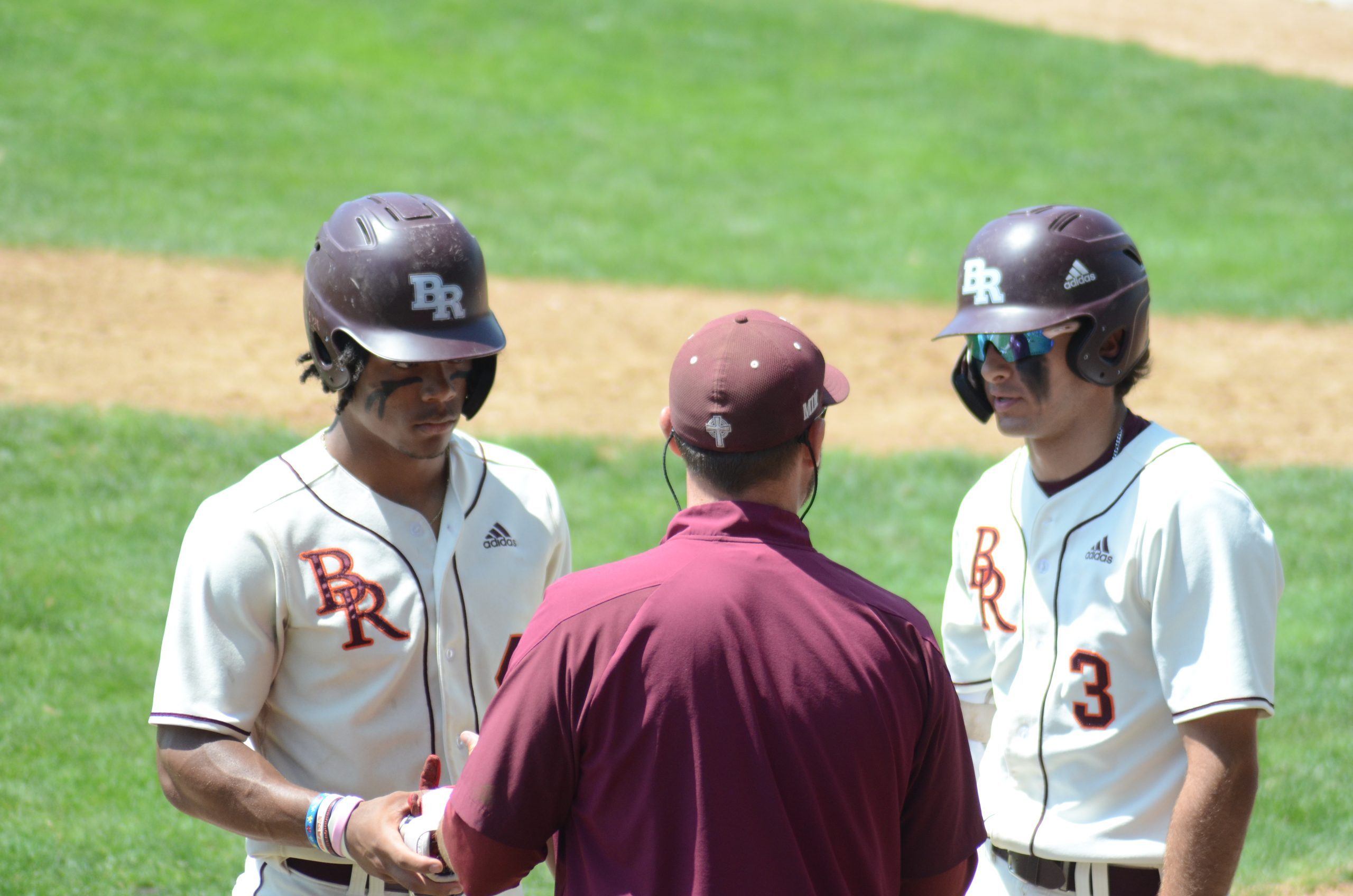 Brother Rice baseball coach Sean McBride talks to Zion Rose (left) and Jack Lausch during a regional title game against Reavis on Saturday. McBride was the Chicago Catholic League Blue Coach of the Year, Rose was the Player of the Year and Lausch was the Tony Lawless Award winner. Photo by Jeff Vorva

A super change for Marist
Marist’s boys and girls lacrosse teams won their first sectional titles and are in the Washington Supersectional.

Since the four teams involved are from the Chicago area, the games were moved from the downstate site to Marist. The RedHawks boys team was scheduled to play Naperville North and the girls were slated to take on the Lincoln-Way coop team on Tuesday.

All-American at SXU
Saint Xavier sophomore Ayobami Arokoyo became the first field athlete for the Cougars’ men’s track and field team to earn All-American after his sixth-place performance in the discus at the NAIA Men’s Track and Field National Championships in Gulf Shores, Ala. Arokoyo, a Schaumburg native, had a throw of 50.45, the second-best in program history.

Arokoyo is just the second Cougar track and field athlete to be named an All-American. Former standout Abel Hernandez became the first outdoor All-American when he placed 8th in the 10,000-meter event in 2017.