Skip to content
May 30, 2022/Comments Off on ‘The right gig’: Marist alum Renee Chimino to succeed Mary Pat Connolly 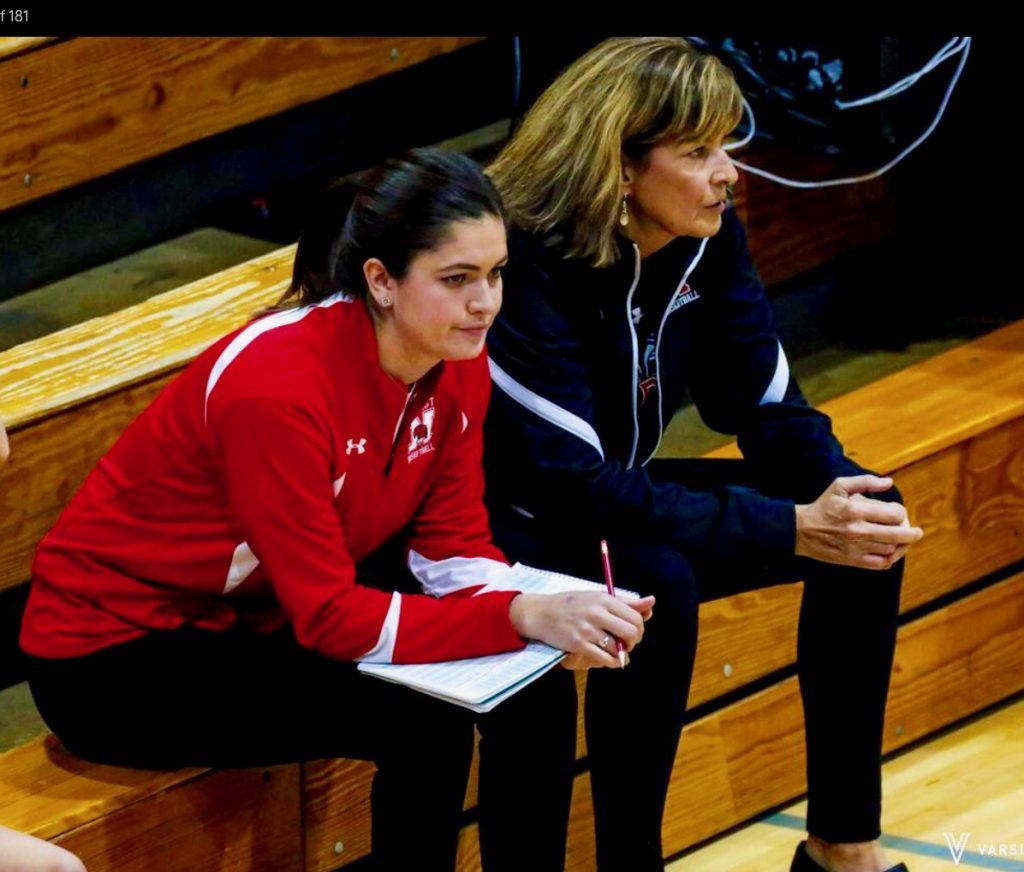 Renee Chimino (left) was an assistant for Mary Pat Connolly at Marist, and took over for her mentor as RedHawks girls basketball coach after Connolly retired. Photo courtesy of Renee Chimino

Renee Chimino was like many people who thought Mary Pat Connolly was going to coach at Marist forever.

But Connolly recently announced her retirement, and Chimino was hired to take her place last week. Chimino is a Marist graduate who played on Connolly’s best squad, the 2007-08 team that finished fourth in the state in Class 4A.

“I never knew that was going to happen,” Chimino said of Connolly’s retirement. “I told her and joked with her when I left as her assistant [in 2017] that I had to go out and get a real job because I told her, ‘I don’t think you’re going anywhere soon.’”

The Chimino family also has a basketball history.

“We’re constantly talking shop at the dinner table,” she said. “We’re always shooting around ideas on how to play against certain offenses and against certain types of players.

“I plan on using them as resources in the future, too. There is going to be a lot of basketball talk at family holidays.”

When Chimino left Marist, she gave up basketball and commuted to the University of Illinois-Chicago from her home in Mount Greenwood and became a grade school coach at age 19. After spending some time at various levels of coaching at Marist, she left to become a Chicago Park District to work with special needs children and adults.

She brings in some old-school ideals mixed in with some fresh ideas.

“The players here have that identity of having toughness and being fundamentally sound,” she said. “I’m going to be motivational on the sideline and I’m going to get the best out of them.

“I’m tough and I’m going to expect a lot out of them. It’s going to be an easy transition from what they are used to from Mary Pat. I learned a lot from her. She was a great mentor.”

Chimino will have a tough time saying goodbye to her Chicago Park District job.

“It’s really awesome and I really love my job,” she said. “If I was going to leave, it would have to be for the right gig. Marist is the right gig, for sure.”