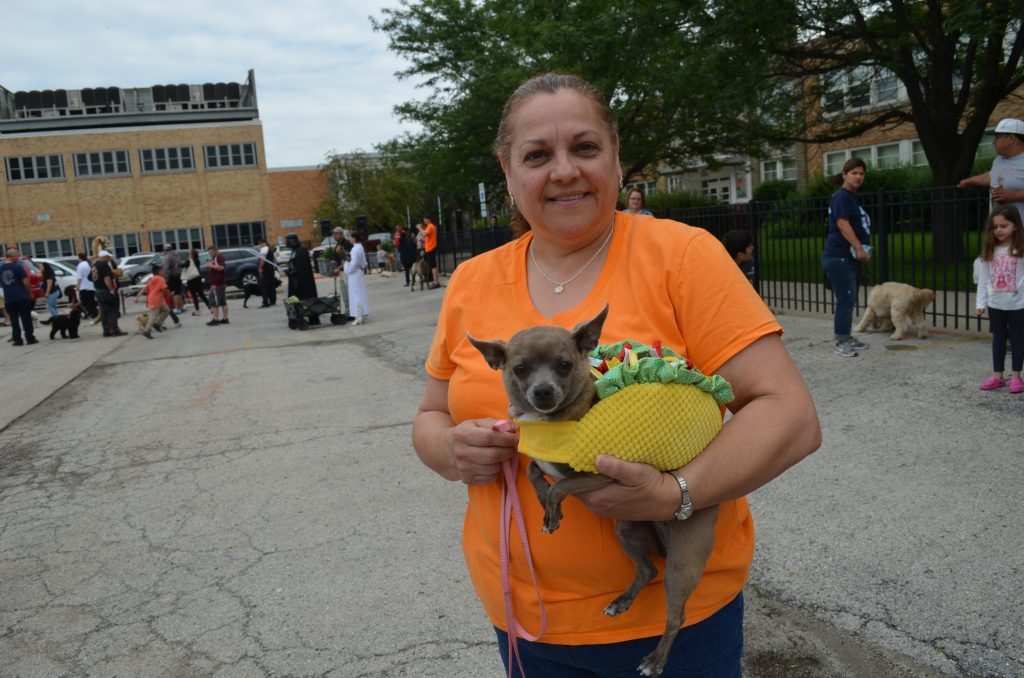 Many dog owners dress their pets in costumes. Mimi, a 6-year-old Chihuahua, was dressed as a taco at the 2018 event. --File photo

Hundreds of Clearing and Garfield Ridge dogs—and perhaps even a few reluctant cats—are expected to parade around Wentworth Park, 57th and Narragansett, this Saturday, June 4. 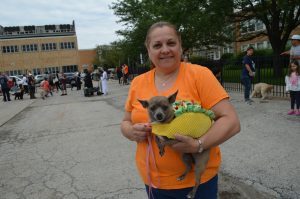 Many dog owners dress their pets in costumes. Mimi, a 6-year-old Chihuahua, was dressed as a taco at the 2018 event. –File photo

Sponsor of the event is the Garfield Ridge Chamber of Commerce.

“This event has been extremely well-received by the community since we started it in 2018,” said GRCC President Mary Ellen Brown, referring to the Chamber’s inaugural pet parade in 2018. “It’s a fun event that gets people and pets out of the house.”

The event is scheduled to start with a 9 a.m. blessing of the pets on the park’s east end, in the main parking lot of Kinzie School. The parade itself should step off at 9:15 a.m.

From 10 a.m. to 1 p.m. services for dogs and cats will be available on a first, come, first served basis from Chicago Animal Care and Control staffers. Some of the services available will be micro-chipping, as well as rabies and distemper vaccinations.

The event also will include raffles, as well as a pet costume contest with prizes.

Chamber members will have the opportunity to use the event to spread the word about their businesses. In fact, one underlying aim of all GRCC public events is to get people out of their homes and enjoy the community, presumably being exposed to local businesses in a positive way.

Owners of classic cars, trucks, motorcycles and other vehicles are invited to showcase them in the Jiffy Lube or MacNeal medical center parking lots, on a first, come, first reserved basis. Vehicle owners may also park on the street.

The event is co-sponsored by the Garfield Ridge Neighborhood Watch. Food trucks are expected to be selling a wide range of items. Also, there will be live music.