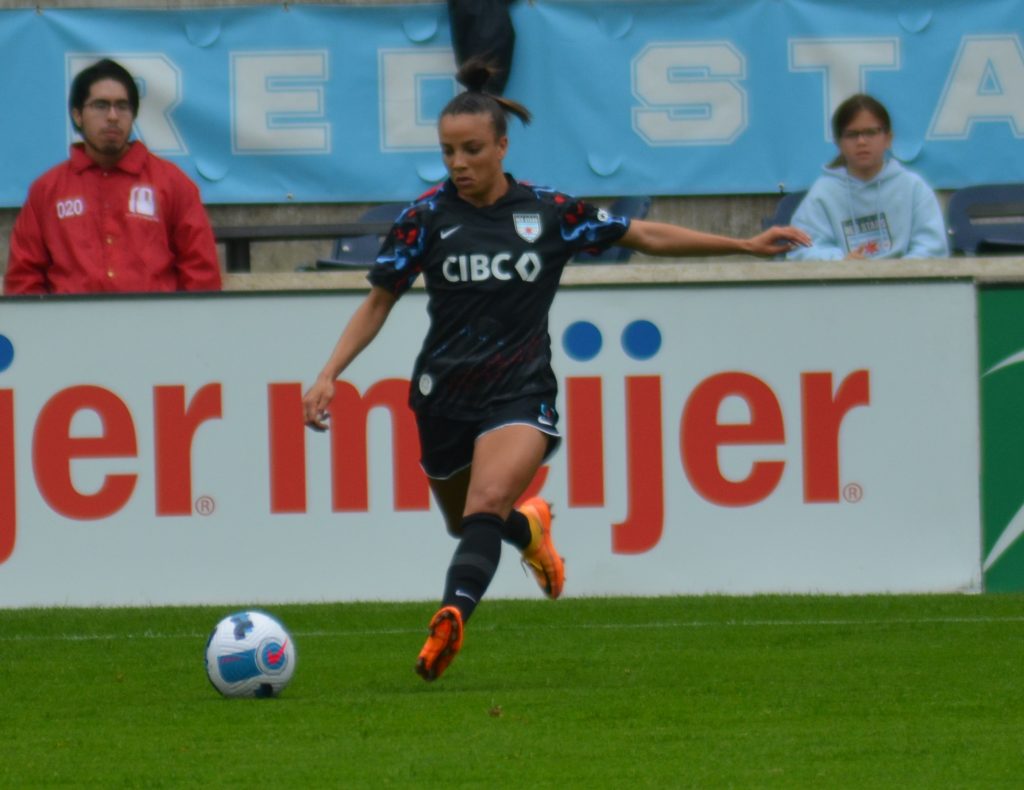 Mallory Pugh scored her fourth goal of the year in the Red Stars 1-0 win over OL Reign on Saturday in Bridgeview. Photo by Jeff Vorva

Despite missing the first two games of the season, Chicago Red Stars standout Mallory Pugh entered this week’s action in a three-way tie for second in goals scored in the NWSL.

Pugh scored her fourth goal of the season to help the Red Stars (3-1-2) beat OL Reign, 1-0, in front of an announced crowd of 3,002 fans on June 4 at SeatGeek Stadium in Bridgeview. Rookie Samantha Fisher provided the assist.

All three were well behind San Diego’s Alex Morgan, who leads the league with eight.

The other three players in the top four have each logged more than 500 minutes this season while Pugh has just 247.

Tied up in Washington
In the first rematch of the NWSL championship, Chicago and Washington tied 1-1 on June 1 in Leesburg, Virginia.

“The game shouldn’t have gotten to point,” coach Chris Petrucelli said. “We had a couple of chances and should have scored three or four more goals. “It’s frustrating to put ourselves into a position to win but not be able to take care of set-piece details.”

Testing team depth
The Red Stars are in the middle of a five-game-in-16-days stretch and Petrucelli is stretching his roster to try to keep players fresh.

Against Washington, 14 players were used, while 16 Red Stars played against the Reign.

“During this stretch, we’re going to use everyone,” veteran Vanessa DiBernardo said. “It was good to see in the first half how many chances we were able to get. If we put a few away, the result would have been different.”

Defense cleans the sheet
Goalie Alyssa Naeher, defender and Orland Park native Tatumn Mizazzo, and defenders Zoe Morse and Kayla Sharples are the only players to start six matches for Chicago, and helped the team to its first shutout of the season on June 4.

The Red Stars allowed just five shots and just one shot on goal against OL Reign (2-2-3). 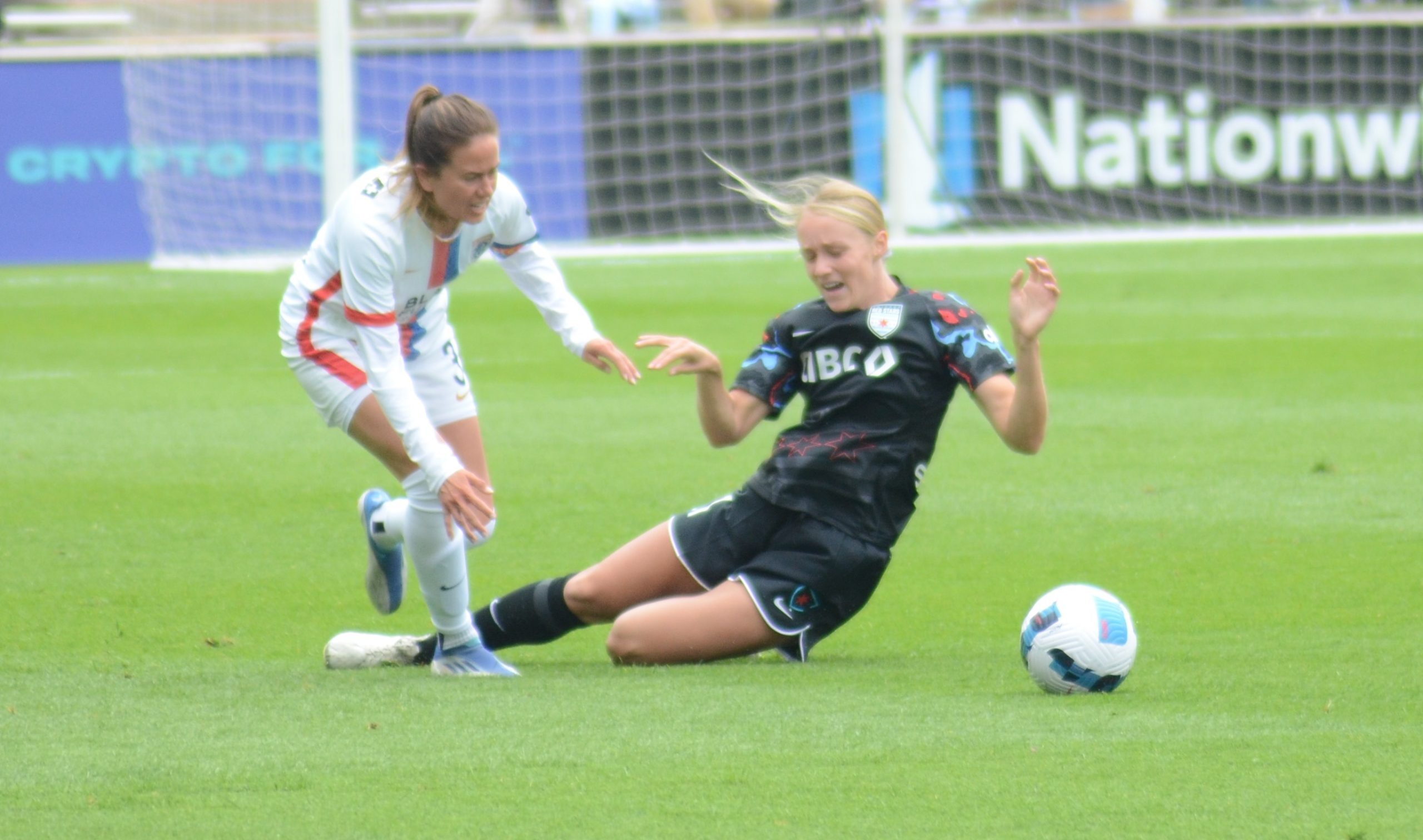 Luebbert returns
Sarah Luebbert, who played five games for the Red Stars in 2020 and was on loan to a team in Mexico in 2021, returned for the Washington game and entered in the second half.

“She wasn’t clear to play until an hour before the game,” Petrucelli said. “We were scrambling like crazy to get her cleared. That’s difficult for a player. You don’t know if you’re playing.

“We told her to go in and press. She is extremely athletic, and she can put people under pressure so I thought she did well for her first time in.”

Coming up
The Red Stars were slated for a match with Washington Wednesday at SeatGeek Stadium. That was a rescheduled match from May 7, which was postponed because of the overlap from the exhibition Challenge Cup.

The Red Stars are also slated to host Orlando at 5 p.m. on Sunday.

Alex Monis and Josh Penn each scored first-half goals for the Fire (2-5-3, 10 points), which couldn’t score in the closing half and gave up four goals to Columbus (8-2-0, 24 points) after the 46-minute mark.

“Tough result,” Fire II coach Ludovic Taillandier said. “The contrast between the two halves … if I were staying positive I would speak about the first one saying we started the game the right way.”

“He’s looked great for a while now,” Taillendier said. “He’s a good forward. He’s doing great right now and is an important player for the team on both sides of the ball.”

The Fire II returns to Bridgeview for a 7 p.m. game against St. Louis. 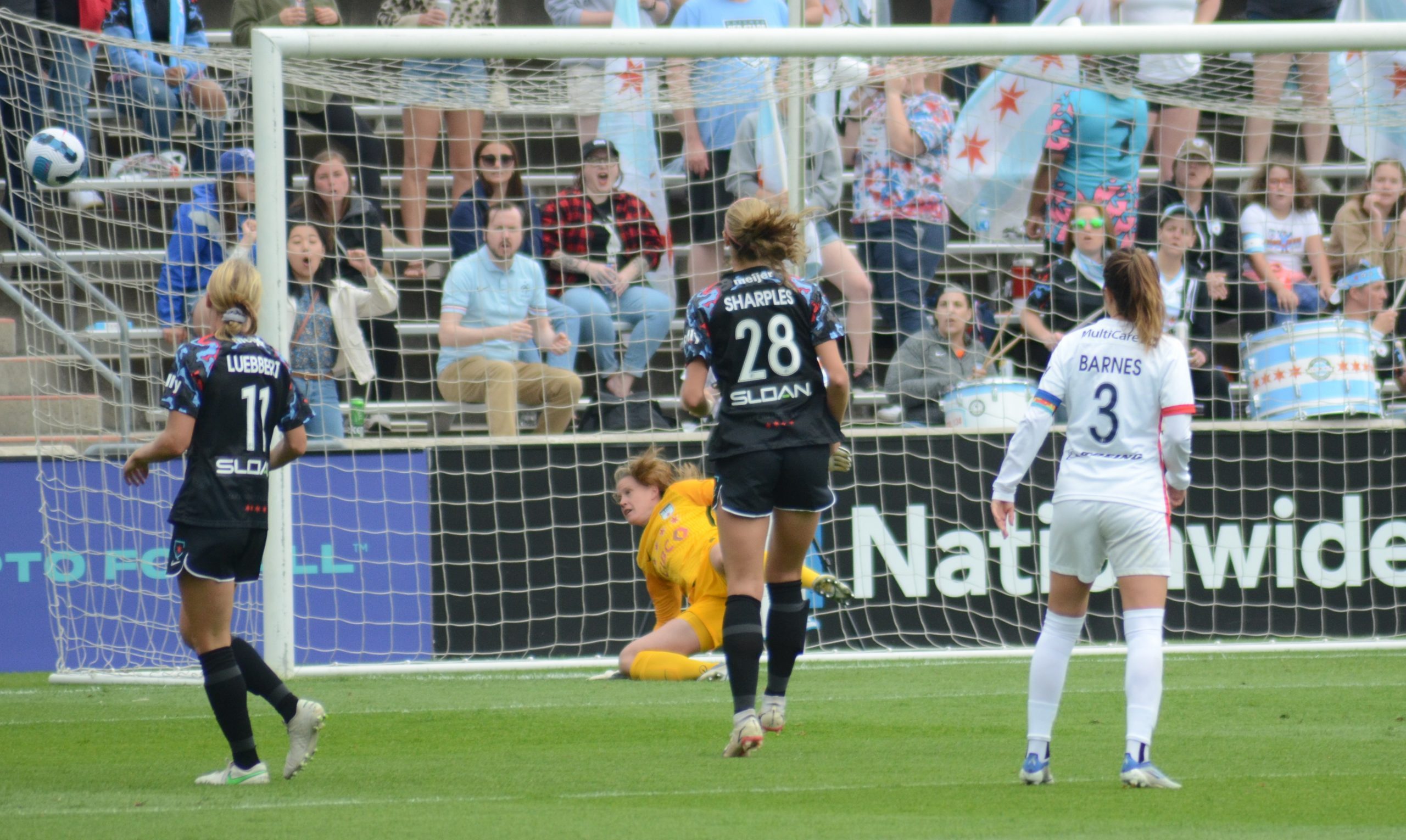 Red Stars goalie Alyssa Naeher falls after deflecting a shot in a 1-0 win over OL Reign on June 4. Photo by Jeff Vorva