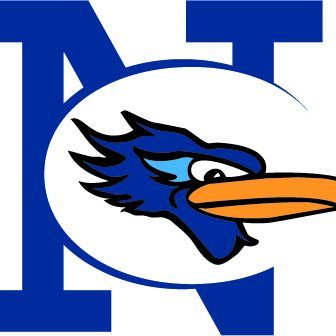 Some observers may had thought Nazareth was a year or two away from being a state tournament-caliber team.

After all, the Roadrunners started four sophomores and a freshman with a trip to state on the line June 6.

Sophomore outfielder/pitcher Nick Drtina, though, knew all along what his team was capable of.

“From the preseason workouts and stuff, we knew we had something special that was different from other groups,” Drtina said. “We knew were going to go out and make something happen. Despite our ages, we were going to show them what’s going on.”

Drtina, a Louisville recruit, had three hits in a 10-7 win over St. Ignatius in the Class 3A Crestwood Supersectional at Ozinga Field.

“It’s awesome,” said junior outfielder Lucas Smith. “It’s a great honor. These boys have fought all year and it’s just a relief and an honor to be going to state.”

Smith had three RBIs and Jaden Fauske scored three runs for Nazareth (32-7), which will take on Crystal Lake South in a state semifinal at noon Friday, June 10 at Duly Health and Care Field in Joliet.

It will be the Roadrunners’ first trip to state since 2018, when they finished third.

Nazareth appeared to be on cruise control after racing out to a 10-1 lead over the Wolfpack after five innings.

St. Ignatius still trailed by eight going into the seventh inning, but scored five times to make it 10-7 before Drtina induced a foul popup for the final out.

“I think I lost about five years, maybe 10, on my life in that last inning,” Nazareth coach Lee Milano joked.

Drtina gave up five hits in the inning but regrouped to close it out.

“It wasn’t exactly what I wanted to do, but it was really relieving to get the last one,” Drtina said. “I knew my guys had it despite a couple bumps. It’s all right. We got the job done and we got the win.”

Nazareth built the lead with a lot of small ball.

Smith was the perfect example, having driven in three runs without hitting a ball out of the infield.

With the bases loaded in the second inning, he sent a dribbler down the first-base line and beat it out for a single. Nazareth was aggressive on the basepaths, turning it into a two-RBI infield single.

Smith then drew a bases-loaded walk in the third.

“Pressuring the defense is a big a part of our brand of baseball,” Smith said. “The more we do that, the more we can succeed. We just had to follow our game plan and it worked awesome.”

Nazareth has ridden a wave of momentum since rallying past Lemont in the sectional semifinals on June 2. The Roadrunners trailed 5-0 in the fifth inning, and were down to their final out and facing a 5-3 deficit before pulling off the 6-5 comeback win.

Nazareth followed that up by rolling to a 6-0 win over top-seeded St. Laurence in the sectional championship game on June 4.

“Straight out of that Lemont game, we felt like we could take on the world,” Drtina said. “Laurence was just another game. We just kept on going and now here we are, going to state.”