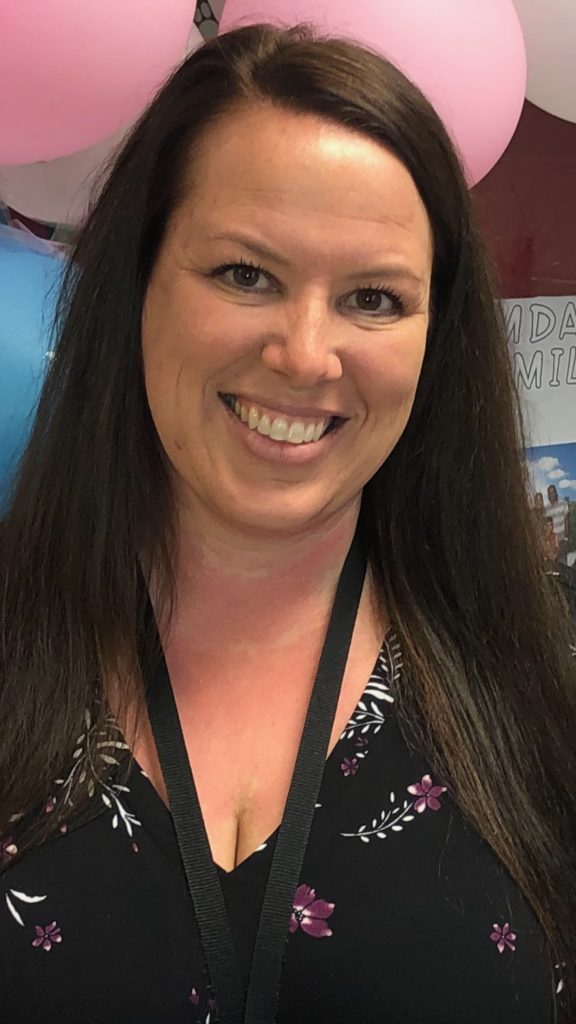 North Palos School District 117 announces that Stephanie Johnson will be the new principal at Oak Ridge School in Palos Hills beginning with the 2022-2023 school year.

Johnson assumes the role of principal after spending the last two years as assistant principal at Glen Oaks School in Hickory Hills.

She has been an integral part of the district team since arriving 15 years ago as a teacher. Johnson has spent time as a teacher, a Team Leader, a Technology Instruction Coordinator and assistant principal.

“I’m so excited for this great opportunity,” said Johnson, who lives in Downers Grove with husband Aaron and the couple’s 4-year-old Golden Retriever Tesla. “But I’m also going to miss (Glen Oaks’ Principal) Carla (Braun) and everyone here. I have learned so much from Carla. She is incredible, as is the entire staff here.”

Oak Ridge and Glen Oaks schools are second- through fifth-grade buildings and are similar in both the number of students enrolled and in the number of grade sections.

Johnson said the principal and assistant principal jobs “are similar, but there is a lot more responsibility as principal.” “I’m a good listener and I remain calm in stressful situations,” she said. “I’m always open to feedback.”

She said she learned some important lessons the last couple of years as AP that should serve her well in her new role as principal. Chief among them are the importance of building relationships with teachers and staff while maintaining an open-door policy.

“But the key to running a successful school is keeping kids at the forefront of everything we do and knowing they are the reason we are here,” she said. “We must keep making decisions that are in the best interest of our students.”

Johnson credits (retired District 117 teacher and Team Leader) Kathy Sullivan “for taking me under her wing and inspiring me to obtain my Masters’ Degree.

“Kathy Sullivan made a difference in me,” she said. “She believed in me and helped me grow professionally.”

Johnson started her career in District 117 in 2007 as a teacher at Glen Oaks. She remained a teacher until 2018 when she was named a Team Leader and technology information coordinator until being named AP in 2020.

“I’ve been in the district my entire career and it has been a great experience,” she said. “I’m looking forward to this new role and the challenges it brings.”

The move is a homecoming of sorts for Johnson as she will reunite with many of the colleagues she has worked with over her 15 years in the district.

One of those colleagues is Oak Ridge Team Leader Dave Creagan.

“During our time together, I was privileged to witness (Mrs. Johnson’s) love of teaching, passion for curriculum and instruction and never-ending dedication to her students,” Creagan said. “Stephanie is a true leader who consistently goes above and beyond for her students.

“I can’t think of a better person to take the reins of Oak Ridge than Stephanie,” he said.