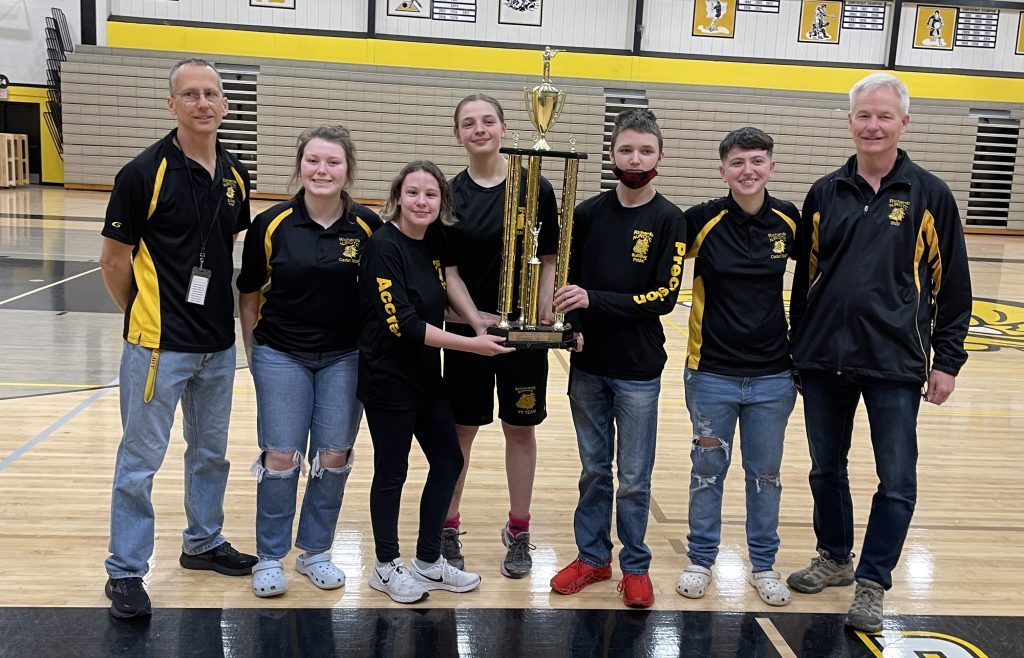 The team from Bulldog Company defeated the U.S. Air Force JROTC team from Shepard and the U.S. Marine Corps team from Eisenhower.

The competition featured the top three marksmen from all three schools.

Each competitor shoots 10 shots in the prone (laying down) position, 10 standing, and 10 kneeling for a maximum combined score of 300. Cadets are given a five minute changeover betweeneach position and are allowed 5-8 minutes for sighter shots used to adjust the sights on their rifles.

The competition was fairly close going into the final kneeling round but after the points were tallied Richards came out ahead with a total score of 683.8. Shepard followed with a final scoreof 644.6 and Eisenhower came in third with a score of 591.5.

Top three marksmen in the Prone position were Kylie Schaefer with 86.9, Leland Murphy with 88.7 and Abigail Schrode with 92.1 to give Richards a sweep in this position. ​

Taking Kneeling honors was Abigail Schrode in third place with a 79.9, Matias Cozzi from DDE with 81.6 and in first place for kneeling Kylie Schaefer with a 88.6.

Overall the top five marksmen included 5th place, Mattias Cozzi with a 207.4. Fourth place honors went to Karol Kos with a 219. Third place was captured by freshman Leland Murphy with a 225 and second place to senior Joe Cinkus with a 228.6. Freshman Kylie Schaefer from Richards bested the field overall with a score of 251.9 another season high for her. 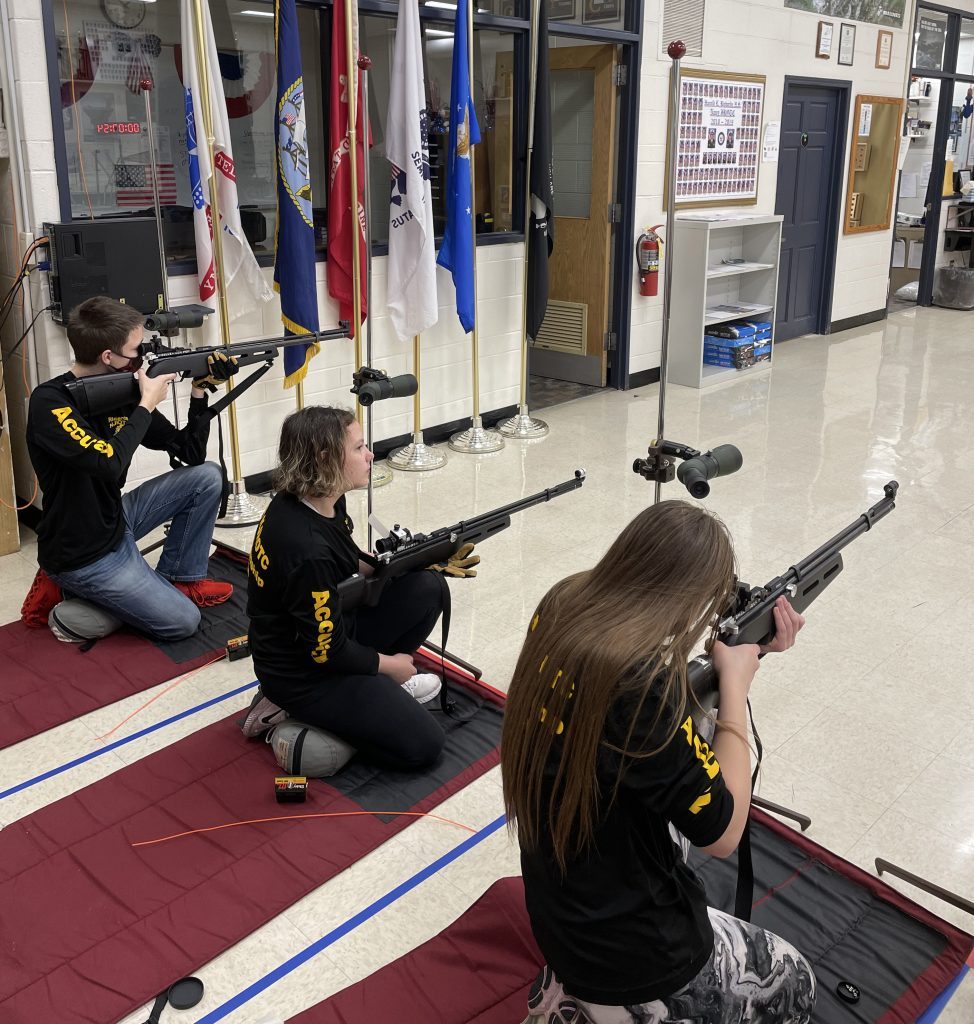