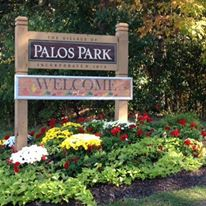 Monday night’s village council meeting was cancelled earlier in the day because of lack of a quorum. Ironically, one of the agenda items Monday night was to approve Michael Wade as a new commissioner and to swear him in.

That will have to wait until June 27.

Since Commissioner James Pavlatos died on Aug. 31, the council had 19 meetings scheduled and seven were cancelled due to a lack of quorum with one getting vanquished because of a lack of an agenda.

When it’s at full strength, the council has four commissioners and Mayor John Mahoney casting votes. Pavlatos’ death reduced the council to four voting members. Commissioner G. Darryl Reed has shown up to a few meetings but has been ill and calls in from home.

The process to find a person to fill the vacancy has been long. Months ago, Mahoney said that getting people who want to serve has been difficult.

Wade is an options broker and if he’s approved, Mahoney will take a vote for a few appointment changes.

The council had tabled a couple of issues at its May 23 meeting that were scheduled to be brought up Monday.

But according to the agenda, those were going to be delayed to future meetings. A decision on an investment management agreement was postponed until June 27 and consideration of an IT maintenance agreement was pushed back to July 11.