Taking a break from the campaign trail – talking on a cell phone as he walked door to door – state Rep. Michael Zalewski (21st) said the choice facing Democratic voters on June 28 is simple.

“I’ve said consistently that it’s the choice for voters between a record and a promise,” Zalewski said.

Zalewski is challenged by Abdelnasser Rashid, with the winner expected to win the November general election in the staunchly Democratic district.

“I have a 12-year record of accomplishment, lowering taxes, protecting a woman’s right to choose, increasing access to affordable health care,” Zalewski said.

“Rashid has promised to be a politician now for three separate cycles and he hasn’t been successful,” Zalewski said.

While on the campaign trail, meeting voters, Zalewski said “inflation, cost of living, (and) property taxes” are the big concerns he hears about most often.

“They very much want to see what the state is going to do to lower their property taxes, lower their grocery tax and gas tax,” Zalewski said.

“I’ve got a good record to stand on by helping craft a budget this year that will lower taxes. They’ve been very receptive to that message.”

Gun control “is emerging as a major issue,” he said. Zalewski is endorsed by the Gun Violence Prevention Action PAC.

“I will stand with my colleagues to fight the NRA and protect our schools by enacting common sense gun control,” he said.

“I sponsored a high-capacity magazine ban. I voted against the override of Gov. Quinn’s veto of a conceal carry law because it didn’t have an assault weapons ban.” 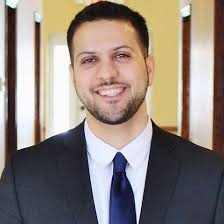 Choice for women, he stands behind 100 percent. And he has voted to fully fund Planned Parenthood.

Zalewski is seeking another term because he enjoys what he does in Springfield.

“It’s a sense of accomplishment. I like to work hard and I’ve got a record of providing real world solutions for working families,” he said.

“I’m not just here for a paycheck like some people who want to get elected to the House. I want to do good things for people.”

He credits his father, also named Mike and a former Chicago alderman with teaching him about the responsibility elected officials have to the voters.

“My dad is important to me. It’s a shame he’s become a topic of the Rashid campaign. I love him dearly and I’m proud to have him behind me,” Zalewski said.

If elected in November, he vows to focus on gun control and reproductive health, hoping Illinois “is a safe haven for women in the Midwest” if the Supreme Court strikes down Roe vs. Wade.

Zalewski, 43, is married with four children.

Several attempts to contact Rashid for comments for this article were not returned.

Rashid lives in Justice and is married with three children. Rashid does not currently live in the 21st District and, if he wins, he would have to move into the district to represent his new constituents. He has not announced his plans when he would move, or where he would live.

Rashid has previously run for two races. In 2018, while employed by the Cook County Clerk’s office, he ran against Republican Sean Morrison. There was heavy spending by special interest groups including hundreds of thousands of dollars from the Democratic party of Cook County and its supporters, but Rashid was narrowly defeated despite an overwhelming Democratic, anti-Trump vote in Cook County.

After County Clerk David Orr’s retirement, Rashid found another position with reformer Assessor Fritz Kaegi. While working for Kaegi, he filed petitions to run in 2020 for the Cook County Board of Review. The primary race against newcomer Tammy Wendt of Palos Heights seemed like a sure win for Rashid. Rashid outspent Wendt 5 to 1, but was soundly defeated by Wendt.

It is unclear if Rashid has taken a leave of absence from his county job or if he will quit the job, which pays in excess of $95,000, for the state representative job which pays slightly over $65,000.