It’s a busy Republican field in the newly drawn 6th Congressional District and six candidates are duking it out on June 28 for the right to take on the Democratic survivor between sitting U.S. Reps. Sean Casten and Marie Newman, and Charles M. Hughes.
The new 6th District includes a considerable portion of what has been the 3rd District, which for years had been represented by Democrat Dan Lipinski and is currently represented by Marie Newman. City neighborhoods in the new 6th include Clearing, Garfield Ridge, Beverly, Morgan Park and Mount Greenwood, as well as most adjacent suburban towns.

Here are some basic facts about each of the six Republican candidates in alphabetical order:

Conforti, who lives in Glen Ellyn, is a Riverside-Brookfield High School graduate and says she can provide a “fresh voice” in Congress for the 6th District citizens. 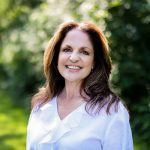 Among other things, she is trying to fight rising crime and fight declining test scores of area schools. She blames Casten, Newman and Democratic policies for those problems.

“As a mom, businesswoman and a lifelong resident of the Chicago suburbs, I have seen the bad leadership in Washington—and in Illinois,” she said on her website. “As an Illinois representative, I will protect your liberties and freedoms and make a better tomorrow.”

The Oak Lawn resident is originally from Joliet and was the starting quarterback for two state championship Providence Catholic High School football teams. 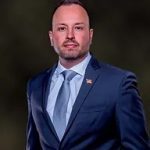 The leukemia survivor is now a business owner hoping to call signals in Washington.

Though he was recently tossed off the Oak Lawn Community High School District 229 Board of Education for suing Gov. JB Pritzker regarding face masks, he said he is acting in the best interests of residents.

“I believe that the people of [the Illinois 6th District] deserve to have safe neighborhoods [and] good schools where kids can learn life skills (not political agendas),” he said on his website. “Our voters deserve good paying careers and jobs that have been shipped away by a political class that has forgotten them in their pursuit of wealth.” 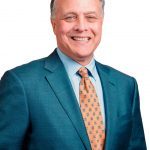 He said he helped keep some businesses operating during the pandemic in 2020 by devising a tent program for restaurants. His desire is to restore the American Dream.

“The American Dream is a national ethos of the Unites States,” he said on his website.

He said it’s “The set of ideals (democracy, rights, liberty, opportunity and equality) in which freedom includes the opportunity for prosperity and success, as well as an upward social mobility for the family and children…”

The candidate from Orland Park has the support of former New York City Mayor Rudy Giuliani, a polarizing figure to be sure, but a person who still carries some clout in Republican circles. 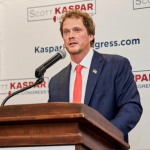 Kaspar has lived in Orland Park and is an engineer and lawyer. He says his great grandfather was Thomas Ehler, who served 30 years as a Republican judge, so there is some rich history in the family.

“I will fight to make this district safe, to bring more meaningful job opportunities to the district, to invest in our children’s education and to provide more healthcare choice so that everyone in the 6th District can succeed,” Kaspar said on his website. 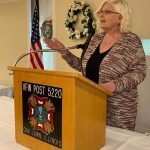 She said she has worked as an unpaid trustee for the Worth Trustees of Schools for six years, including two as the president. She said she oversaw $300 million in investments in that capacity. She also calls herself a “proud plaintiff” on a lawsuit protecting due process rights for school children.

The other mayor in this race is Pekau of Orland Park, who is an Air Force combat veteran who said he has more than 1,500 hours of flight time including 45 combat sorties and 150 combat hours over southern Iraq. 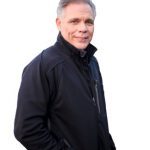 He boasts of lower crime in his town since he took over in 2017 and has enjoyed accolades of Orland being one of the safest and best towns to live in by independent sources. He has endorsements from nine current mayors and one former mayor in the district.

“Politicians like Marie Newman, Sean Casten, Nancy Pelosi and Kim Foxx have put special interest party politics and extreme far-left agendas ahead of doing what’s best for the people they’re supposed to represent,” he said in on his website. “It’s time for Washington to put people over politics.”