Skip to content
June 28, 2022/Comments Off on Police Reports 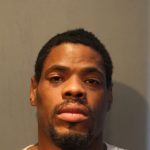 arrested in the 400 block of West Marquette Road on June 23. Lorenzo Raythell Fultz, of the 6400 block of South Martin Luther King Jr. Drive, allegedly shot and killed 48-year-old Dexter Flowers in the 6200 block of South Campbell on April 5. He was due at a bond hearing on June 26. According to public records, Fultz has been arrested seven times by CPD since 2016 on such charges as aggravated assault, leaving the scene of an accident, failure to appear in court and domestic battery.

Man shot in Wolcott drive by

A 24-year-old man was shot in the body multiple times in a crime that occurred in the 4800 block of South Wolcott at 2:20 a.m. Monday, June 27. The victim was transported to the University of Chicago Hospital, where he was listed in fair condition. Police said the shooter fired from a light-colored sedan. No one is in custody.

Shot in the buttocks on Artesian

A 25-year-old man was shot several times in the buttocks in a crime that occurred in the 7200 block of South Artesian at 1:53 a.m. Monday, June 27. The victim was taken to Advocate Christ Medical Center, where he was listed in good condition. Police said the shooter fired by a gray Cadillac sedan. No one is in custody.

Shot in drive by on 36th Street

A 30-year-old man was shot in the chest and right arm as he sat in a westbound vehicle in the 2100 block of West 36th Street at 12:41 a.m. Saturday, June 25. The victim was taken to Mount Sinai Hospital, where he was listed in critical condition. Police said the shooter fired from a passing gray Jeep. No one is in custody.

Boy shot in the foot in Back of the Yards

A 13-year-old boy was shot in the foot as he stood outside in the 1800 block of West 46th Street at 8:26 p.m. Thursday, June 23. He was taken to Stroger Hospital, where he was listed in good condition. The shooter was a man who reportedly fired from the front passenger seat of a gray Chevy Impala. No one is custody.

Shot in the chest, drives self to hospital

A woman was shot in the chest in a crime that occurred in the 6500 block of South Albany at about 11:15 a.m. Wednesday, June 22. The victim drove herself to Holy Cross Hospital, where she was listed in serious condition. No one is in custody. A source in the neighborhood said the crime stemmed from a domestic dispute.

A 21-year-old woman was shot in the hand and leg as she stood outside in the 7000 block of South Campbell at 3:35 a.m. Wednesday, June 22. She was transported to Mount Sinai Hospital, where she was listed in good condition. She did not see the shooter. No one is in custody.

An 18-year-old Wrightwood man was charged with aggravated vehicular hijacking, armed robbery and aggravated possession of a stolen motor vehicle after 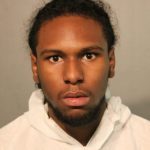 he was arrested at 11:15 p.m. Tuesday, June 14 in the 2400 block of West 45th Street. Devonte Ladd, of the 2800 block of West 86th Place, along with others several hours earlier, allegedly took a vehicle at gunpoint from a 20-year-old woman in the 100 block of West Marble Place (near Monroe and Clark). Police said they spotted Ladd in the victim’s vehicle near 45th and Western and that he attempted to flee. Charges of aggravated fleeing and resisting arrest were added. Bond was denied, and Ladd is in custody of the Cook County Department of Corrections. His next scheduled court date is July 13. 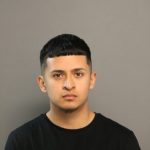 A 21-year-old Gage Park man was charged with unlawful use of a weapon after he was arrested during a traffic stop in the 5500 block of South Whipple at 11:40 a.m. Tuesday, May 17. Jesus Martinez, of the 5400 block of South Sacramento, was pulled over for allegedly failing to signal a turn. Police said they found a handgun in the vehicle’s center console. 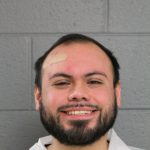 A 29-year-old Gage Park man was charged with domestic battery after he was arrested at his home in the 5600 block of South Albany at 6:57 p.m. Saturday, May 21. Andres A. Infante allegedly punched a 56-year-old man in the head during an argument. A second charge of domestic battery was added after Infante allegedly used a guitar to hit a 57-year-old woman trying to separate the two men. According to public records, Infante was arrested at his home in October 2020 and charged with domestic battery. 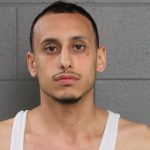 A 22-year-old man from suburban Oak Lawn was charged with unlawful use of a weapon after he was arrested in the 3100 block of West 59th Street at 7:46 p.m. Wednesday, May 25. Matthew Jose A. Rivera, 10400 block of South Mason, was taken into custody after a pat down revealed he was carrying a handgun, a CPD spokesman said without elaborating. According to public records, Rivera was arrested by CPD in June 2021 in the 1600 block of North Lake Shore Drive and charged with unlawful use of a weapon.

He bit me in the hand, man tells police 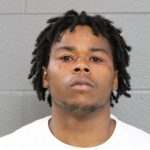 A 28-year-old Chicago Lawn man was charged with domestic battery after he was arrested at 63rd and Western at 10:20 a.m. Wednesday, May 25. Korleone L. Darby, of the 6200 block of South Claremont, allegedly bit a 25-year-old man in the hand during an argument, a CPD spokesman said without elaborating. 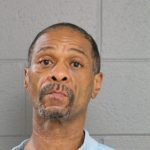 A 52-year-old Chicago Lawn man was charged with domestic battery after he was arrested at his home in the 3000 block of West Marquette Road at 2:20 a.m. Thursday, May 19. Lionel E. Ellis allegedly put his arm around the throat of a 63-year-old woman and hit her with a grill scraper, during an argument. According to public records, Ellis has been arrested three times by CPD since 2016 on battery and domestic battery charges.

By JERRY NOWICKI Capitol News Illinois jn[email protected] SPRINGFIELD – Sustained higher-than-predicted state tax revenues have in recent months given lawmakers a level of budgeting flexibility that is, at least in modern times, without precedent in a state with a reputation for perilous finances. For the current fiscal year and the one before it, that’s led…