A man in custody at Cook County Jail, as well his fiancé, have been charged after an undercover Cook County Sheriff’s Office investigation concluded that they had sought to hire someone to kill a witness in the man’s current murder case, Sheriff Thomas J. Dart announced recently.

Sheriff’s investigators said they learned last month that Michael Aguirre was trying to find a hitman. Michael Aguirre, 27, later had a jail visit with an individual who he allegedly thought was a hitman but was really an undercover Sheriff’s officer. 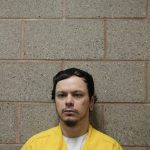 Aguirre offered to pay the individual $2,500 to have the witness killed, investigators said. He also allegedly told the “hitman” that his fiancé, Julissa Ochoa, 23 of North Aurora, would provide the down payment of $1,000 and a picture of the witness.

Aguirre has been in jail custody since October on a murder case. He is accused of passing a gun to a co-defendant who is accused of using the weapon to shoot and kill 14-year-old Savanah Quintero last June, as she walked her dog with her boyfriend in the 1700 block of West 48th Street.

Quintero was struck in the back of the head and taken to Comer Children’s Hospital, where she died three days later. 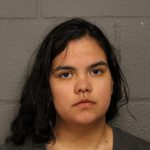 According to published reports, Aguirre is a reputed gang member.

Aguirre is also charged with attempted murder in which he is accused of shooting a witness to the murder case multiple times.

Sheriff’s officers met Ochoa on June 9 and took her into custody. She was charged with solicitation of murder for hire. She remains in custody at Cook County Jail in lieu of $500,000 cash bond.