Skip to content
June 29, 2022/Comments Off on A mom’s heart broke, and now her children are broken-hearted

A mother’s heart, filled with love for her children, is unique.

I understand that in a way only other moms can.

I thought about that the other day as I read the profoundly sad story of Garfield Ridge mom Gisela “Chella” Ruiz. 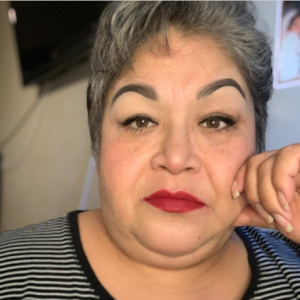 Earlier this month, there was a car crash near 54th and Merrimac, within walking distance of Gisela’s home. Her daughter, Rosita, was one of two young ladies in a vehicle that flipped over and was totaled.

After she was notified of the crash. Gisela rushed to the scene. The terror of what she saw was too much for her heart, and she went into shock-induced cardiac arrest.

In a hospital, her family stood by her side for five days, hoping and praying she would regain consciousness. Sadly, all medical efforts were in vain. Gisela suffered severe brain damage and was removed from life support on June 15. She was 58 years old.

I shed a tear when I read about Gisela, because as a mom, I can see something like that happening to me, should one of my daughters be in a horrific crash or similar tragedy.

Gisela’s wake was at Foran Funeral home, and her funeral Mass was at St. Faustina Kowalska Church.

She was the wife of the late Ramiro Ruiz, who died of cancer in 2018; mother of Ramiro Abraham, Rogelio Aaron, Roman Ariel and Rosita Alexandra Ruiz; daughter of Herminia and the late Jose Puente; sister of Teresa (Enrique) Gaitan, Ana (Rafael) Diaz, Martha Puente, Luis (Carmen) Puente, Silvia Puente, Jose Puente, Irma (Roy) Villarreal and Patricia Puente; aunt to many nieces and nephews; and best friend to Nifa Charles. Two of her children have special needs.

In the aftermath of the tragedy, family and friends have launched a GoFundMe drive to pay funeral expenses.

Will you please help? Simply visit gofundme.com. It’s easy to make a donation.

But they’re also unsafe, especially in the hands of amateurs.

The most recent annual report from the U.S. Consumer Product Safety Commission found that an estimated 10,300 fireworks-related injuries were treated in U.S. hospital emergency departments during the one-month period between June 21-July 21, 2020. The report also found that during that time period:

** Adults ages 20-24 had the highest estimated rate of emergency department-treated, fireworks-related injuries (17 injuries per 100,000 people). (The number is approximately three times the rate of injury for the same group in 2019, and is driven by an increase in injuries among women.)

** Children younger than age 15 accounted for 18% of the estimated injuries. In fact, there were an estimated 400 injuries to small children ages 0-4, due to sparklers alone. According to the Illinois Fire Safety Alliance, sparklers can burn at up to 1,800 degrees.

** Bystanders account for 40%–50% of those injured by fireworks, meaning adults and children must be vigilant, even when just observing firework displays.

That’s all for now. See you next week.