Skip to content
June 29, 2022/Comments Off on Cardenas ousts Wendt in Dem primary for Board of Review

Palos Heights attorney and Realtor Tammy Wendt was denied a second term Tuesday night when she was defeated by Chicago Ald. George Cardenas in the Democratic primary for the Board of Review 1st District.

Wendt said the party had been out to get her since she surprisingly prevailed in 2020 over endorsed Democrat Abdelnasser Rashid in the primary and then beat Republican incumbent Dan Patlak in the general election.

“The dirty politicians are trying to get me out,” said Wendt in the days leading up to the primary. “They changed my district and tried to make it a Hispanic district. They don’t want me because I have tried to pull back the curtain on corruption.” 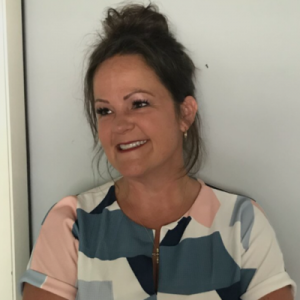 “The results are clear and I am humbled that the voters have elected me as their new Cook County Board of Review Commissioner,” Cardenas wrote on Twitter Tuesday night.

The Cook County Board of Review is a three-member board, elected from three electoral districts. The 1st District has a total population of 1,733,383, with Latinos accounting for about 43 percent. It stretches from Barrington in the northwest suburbs to Palos Heights.

She was defeated Tuesday by Cardenas, who is serving his fifth term as alderman of the 12th Ward on the city’s Southwest Side.

A spokesperson for Cardenas’ campaign said the alderman will leave his City Council post before he assumes office for his Board of Review role in December. He said Cardenas hasn’t made a decision on when exactly he will step down.

In the City Council, he’s deputy floor leader. In private practice, he’s an accountant and a tax professional. He lives in the McKinley Park neighborhood.

He is the son of immigrants who came to Chicago when he was a child to chase the American Dream.

He says he will work against unfair assessments and improve accuracy to avoid property tax hikes driven by mistaken calculations. He will serve with integrity and dedication.

He is a Navy veteran who spent a decade working for Fortune 500 companies before seeking elected office.

The Board of Review is a three-person board that oversees the Cook County Assessor’s Office and is in charge of hearing appeals from homeowners who feel their property assessment and thereby their property taxes are too high or otherwise unfair.

Wendt had been critical of Assessor Fritz Kaegi, who survived a bitter primary battle with Karen Steele, president of the Metropolitan Water Reclamation District.

“Fritz is causing delays in getting out property tax bills,” she said. “The second installment for property tax for this year won’t go out until late in the year and most likely next year. Taxing districts are mad. They won’t be getting the tax dollars they rely on to operate.”

Kaegi defeated Steele in what was the county’s most expensive and high-profile primary contest.

Kaegi led Steele with 54% of the vote with 62% of the vote counted, according to early and unofficial returns.