Rashid had just 215 votes (31 percent) to Zalewski’s 480 votes (69 percent) in the city of Chicago. But that vote represented just nine precincts, a small portion of the district’s residents.

The vast majority of the district is in suburban Cook County and that’s where Rashid rolled.

According to unofficial totals from the Cook County Clerk’s office with 59 of 60 precincts reporting, Rashid received 3,678 votes (54 percent) to Zalewski’s 3,157 votes (46 percent).

And that concludes Zalewski’s 12-year run as an elected official in Springfield.

“I congratulated (Mr.) Rashid on a hard-fought win,” Zalewski said around 9:30 p.m. “I did the best I could. I’m going to enjoy some time with the family.”

Asked why he did not win, he said: “It was a bad environment for moderate Democrats. He’s progressive. … It is what it is. I did have a good run.”

Asked if he may again run for office, Zalewski said, “No, I’m going to rule that out right now. My public career is finished.”

Reminded that he is just 43 years of age, Zalewski reconsidered: “Never say never, I’ll leave myself some room.”

Rashid, who lives in Justice, is married with three children. With his victory, he will have to move into the 21st District.

In 2018, while employed by the Cook County Clerk’s office, Rashid ran against Republican Sean Morrison for the Cook County Board and was narrowly defeated. Morrison successfully beat back a challenge Tuesday night by former ally Liz Gorman.

In 2020, he ran for the Cook County Board of Review but lost to Tammy Wendt. Wendt herself lost her primary fight Tuesday night to Chicago Ald. George Cardenas.

During his campaign, Zalewski said he defends a woman’s right to choose, has invested in jobs and infrastructure, lowered healthcare costs, froze the gas tax and cut the grocery tax.

The Zalewski team had planned on a post-election party at Tacabron, a Mexican restaurant on Ogden Avenue in Lyons.

But that event was canceled, an employee told a reporter who arrived at 9:30 p.m. and found the restaurant empty. 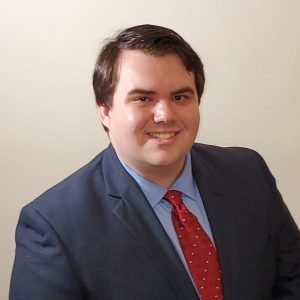 “It’s been a difficult process getting on the ballot, but its exciting that our team has gotten this far,” Schultz said on his Facebook page. “I remember back in January going door to door getting signatures to be on the ballot. The weather was close to zero sometimes, I was slipping on ice, and on top of that we had the threat of Covid-19 to deal with.”

“Now is the last but toughest part yet, winning the general election. The election is going to be a challenge, especially with how the district was drawn. I have lived in Brookfield for over 20 years, and after one look at this district it is unfathomable to me how anyone can believe the district makes any sense.”
“This gerrymandering though only increases my resolve, and is an example on why I need to run. Illinois is in desperate need of reform.”