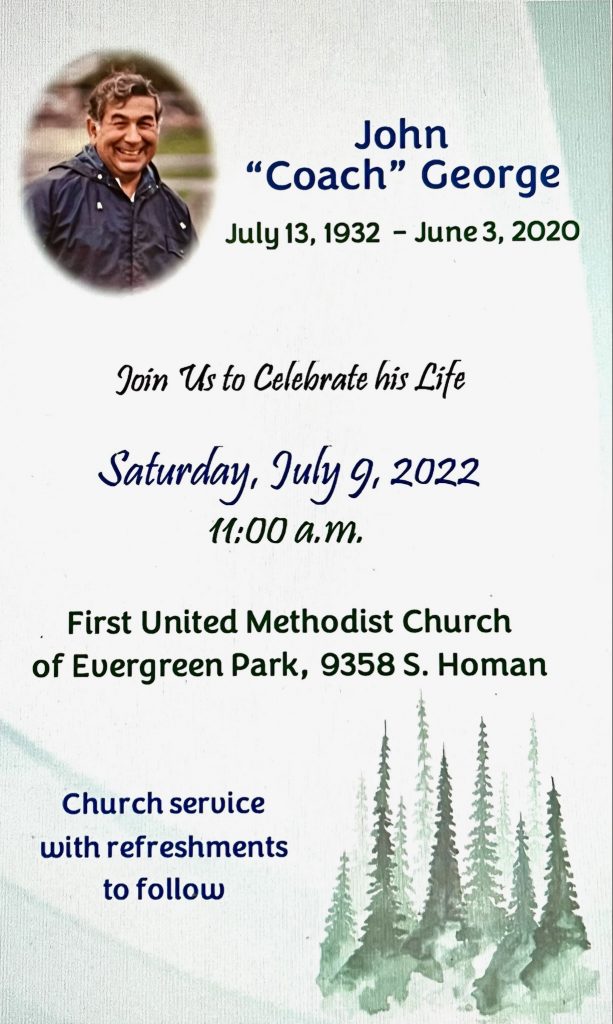 The family and friends of John George, a longtime former teacher and coach at Evergreen Park Community High School, are planning a memorial to remember him on Saturday, July 9, at 11 a.m. at the First United Methodist Church at 9358 S. Homan Ave. in Evergreen Park. Refreshments will be served after the church service.

George – who taught biology and coached wrestling and cross country at EPCHS – died on June 3, 2020. Since his death occurred during the early months of the coronavirus pandemic, a large, in-person memorial service at the time was not a possibility.

As a member of the first EPCHS Hall of Fame class that was inducted in 2008, George spent 36 years (from 1957 to 1993) as a teacher, coach, administrator and dean at the school. He was a wrestling coach for 20 years, and, during that time, won 235 dual meets and coached 28 state qualifiers and two state champions.

His coaching success earned him a spot in the National Wrestling Hall of Fame, Illinois Chapter in 2002.