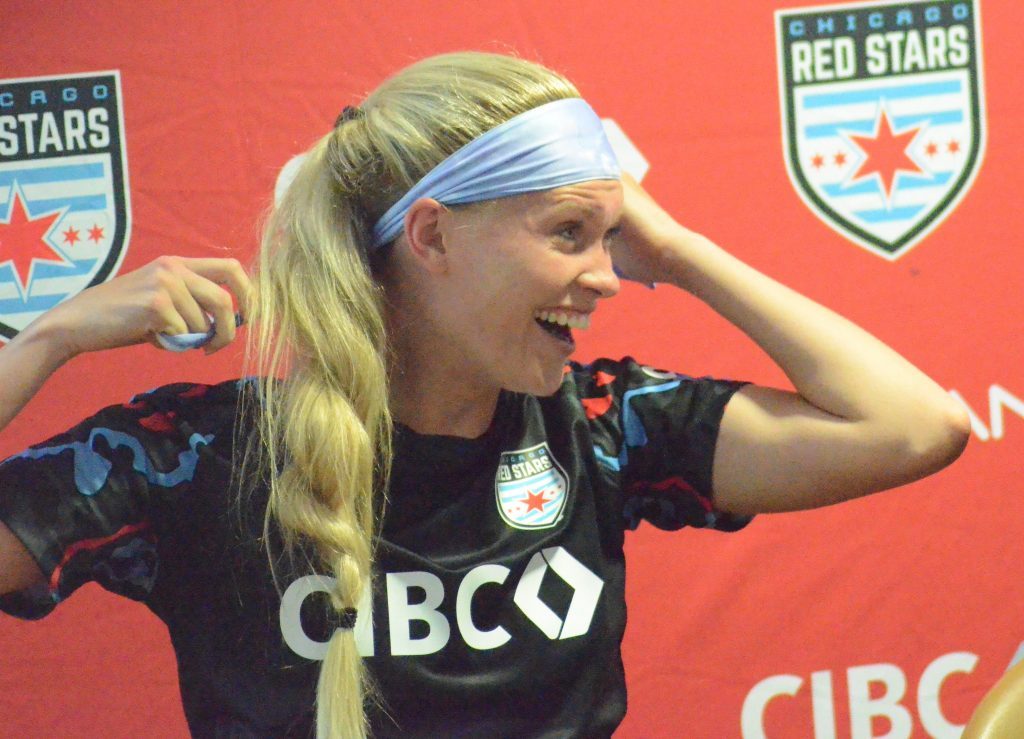 Red Stars defender Amanda Kowalski laughs as she adjusts her headband at the news conference minutes after scoring the final goal in an improbable tie over North Carolina. Photo by Jeff Vorva

The Chicago Red Stars have reached the halfway point of their 22-game NWSL schedule and find themselves in second place, one point behind front-running San Diego.

They had a chance to climb into first place, but their chances slipped away with wild 2-2 draw to last-place North Carolina on July 10 in front of an announced crowd of 4,098 at SeatGeek Stadium in Bridgeview. The tie prevented them from a share of the top spot but kept the Stars’ (5-2-5) unbeaten string alive at nine games.

The Courage (2-5-2, 8 points) had a 2-0 lead after 90 minutes, but the officials gave a minimum of two minutes of stoppage time. Sarah Griffin scored in the 91st minute and Amanda Kowalski’s header off a Danielle Colaprico corner kick in the 93rd minute seconds before the final whistle gave the Stars the improbable tie.

“I kind of closed my eyes and prayed to the man upstairs,” said Kowalski, a defender who has two goals in three matches since starting for injured Kayla Sharples. “I noticed I was heavily marked the entire game. It almost felt like in that last corner, they were pushing everybody in and weren’t worried about man-marking.

“I felt more comfortable running into the box and seeing the flight of the ball. Once it got into my eyesight, I prayed that it would go in.” 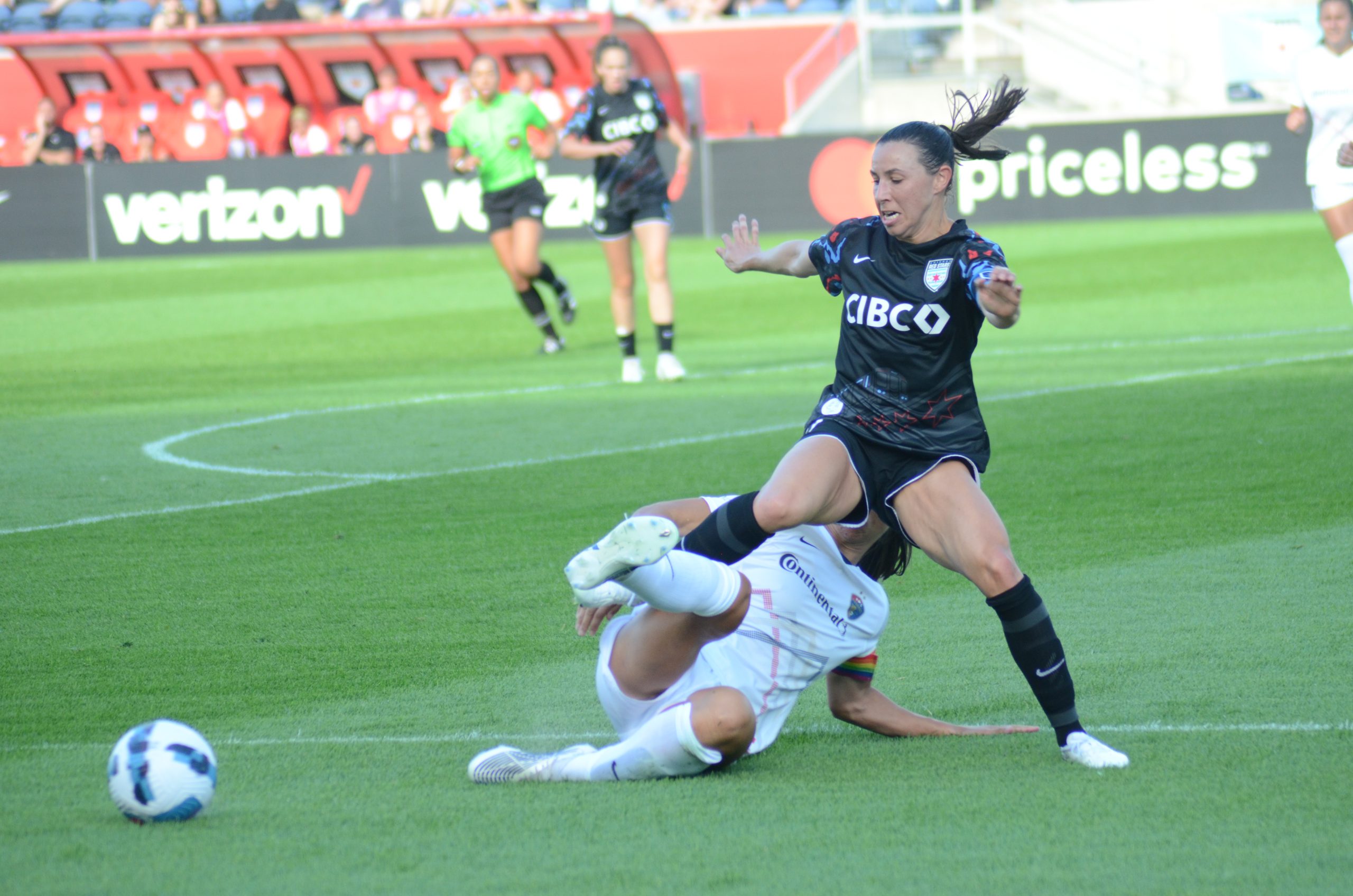 Red Stars midfielder Vanessa DiBernardo (top) and North Carolina’s Abby Erceg get tangled up during a 2-2 tie on July 10 in Bridgeview. Photo by Jeff Vorva

The Red Stars came into the season with new coach Chris Petrucelli among new faces and young players. While he admits that the team did not play a good game against the Courage, the coach said he is happy with the first 11 games.

“I think we’re starting to understand those things. Look, no one in this league is going to be undefeated. People are going to tie and people are going to lose and the games are close every week. To be sitting where we are, we feel pretty good about it.”

The Courage, which won the Challenge Cup during the exhibition season, came into the game with five losses in eight games, the worst eight-game stretch in team history. Interestingly, the two teams at the bottom of the standings are Washington and North Carolina, both finalists in the Challenge Cup. Washington is the defending NWSL champion.

The Red Stars can be found near the top of the standings in the NWSL but when it comes to home attendance, they have been at the bottom.

Through the first nine weeks of the 2022 season, the Red Stars drew an average announced crowd of 3,098 per game, which ranked last out of the 12 teams.

Expansion team Angel City leads the league bringing in 18,507 per game, while Portland is second at 13,927.

The 2021 NWSL champion Washington has drawn an 8,805 average in a pair of games at Audi Field in Washington, D.C., and just 2,996 in three games at Segra Field in Leesburg, Virginia.

The WNBA held its all-star game in Chicago on Sunday and some may wonder if it is feasible for the NWSL to host an all-star game.

With all of the international competition and other scheduling headaches, it may never happen, but Chicago’s Ella Stevens wouldn’t mind seeing it come to fruition.

“It would be fun,” she said. “But the players you would choose would probably be playing a lot of minutes, so if they could figure that out it would be a lot of fun.”

Richard Fleming III and Javier Casas Jr. scored their first goals of the season and Josh Penn picked up his fifth.

Goalie Chris Brady, returning from national team duty with the United States in the Concacaf Under-20 championships, racked up the shutout. 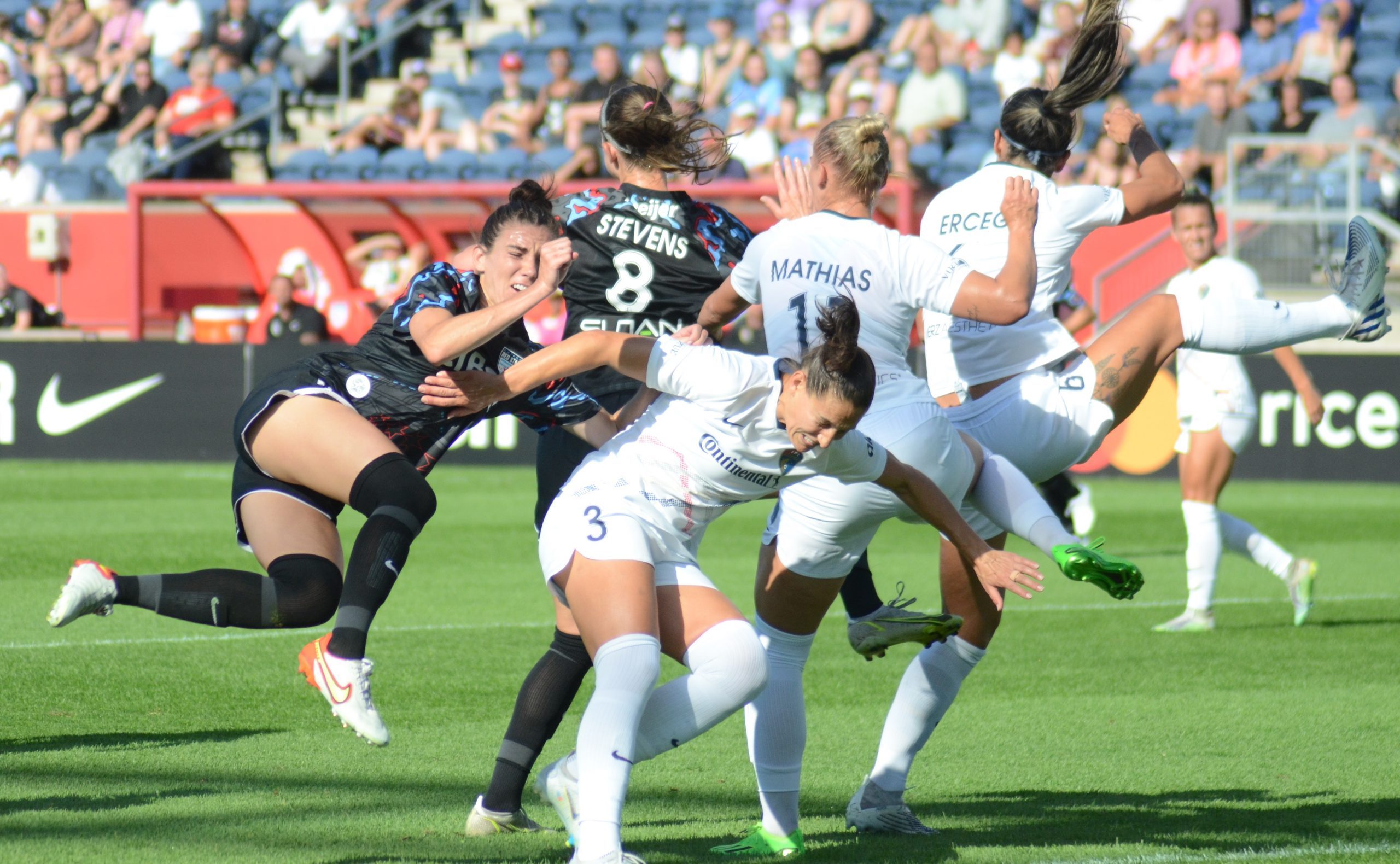