Skip to content
July 13, 2022/Comments Off on From ‘disgraceful’ to hopeful 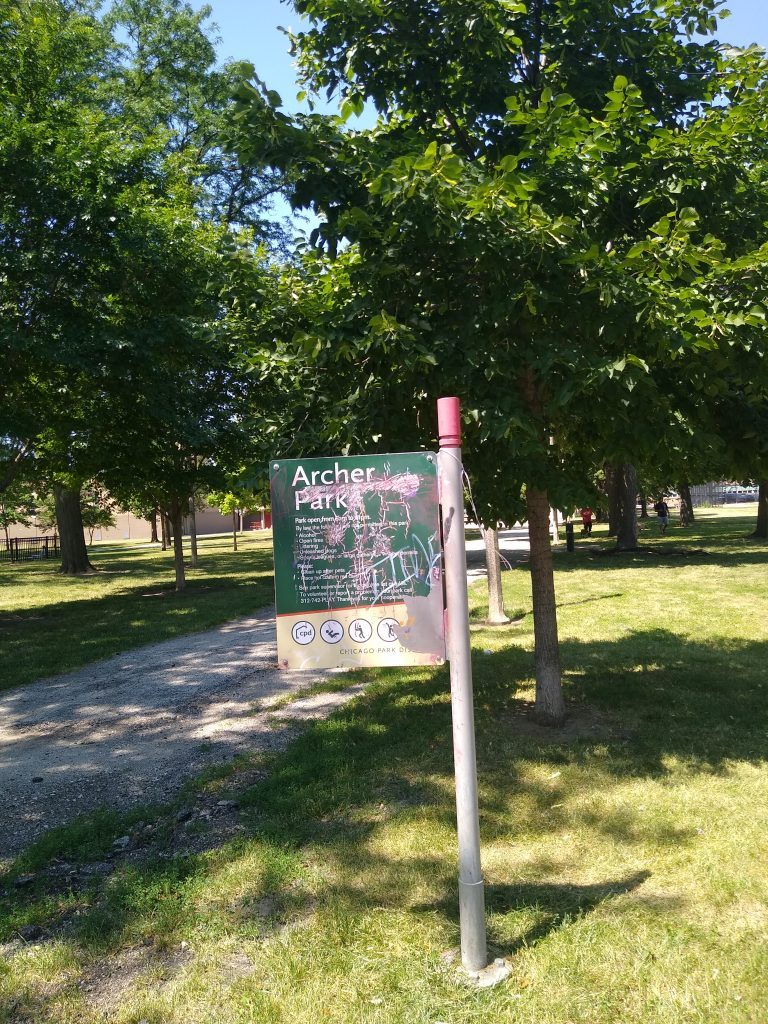 From ‘disgraceful’ to hopeful

Crews get busy at Archer Park

A situation that looked sour is starting to look sweet, thanks to a quick response by new leadership at the Chicago Park District. 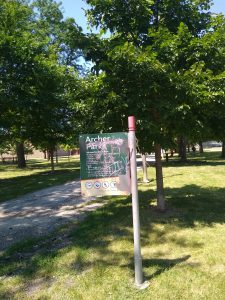 A sign welcoming all to Archer Park is defaced by gang signs. –Supplied photo

Two weeks ago, no fewer than 17 complaints about conditions at Archer Park, 4901 S. Kilbourn, were made by the Archer Heights Civic Association to new Chicago Park District General Supt. Rosa Escareno and other Lightfoot Administration officials.

Two weeks later, about half of them have been addressed to the AHCA’s satisfaction. 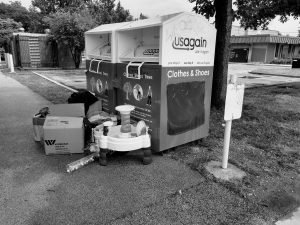 A USAgain donation box stands ransacked, with donated items, lying all around it. –Supplied photo

Also, a donation box placed by the USAgain organization—chronically overflowing and ransacked by scavengers—has been removed, after Baliga contacted the organization and requested the situation be addressed.

AHCA President Thomas S. Baliga, who had described the park’s condition as “disgraceful” last month, was quick to praise Escareno.

“As far as I know, she has not responded directly to us, but actions speak louder than words; and what has been done thus far is a good start to address months and even years of neglect by the administration of her predecessor (former Supt. Michael P. Kelly, who resigned last October in response to the scandal involving sexual abuse of Park District lifeguards),” Baliga said. “I trust her team, as well as the Chicago Department of Transportation and the Department of Streets and Sanitation will see to it that all our concerns are addressed satisfactorily.

“Through our taxes, the community pays for public parks to be operated efficiently and properly maintained ,” he continued. “We deserve way better than what we’ve gotten in the past—especially at a park our civic association fought so hard to establish back in the 1940s and improve in the decades since.”

What remains to be done at Archer Park, according to the AHCA’s 25 pages of documentation sent to Escareno, as well as CDOT Commissioner Gia Biagi and Streets and Sanitation Commissioner Cole Stallard, is:

“I have not met her personally, but I’ve heard good things about her,” Baliga said of Escareno. “At this point, we are encouraged by her response. We may be inviting her to one of our general membership meetings this fall.”

Baliga said the AHCA’s action “shows the value of a community standing up for itself, of neighbors not settling for decay, decline or bureaucratic sluggishness from government. It also shows the value of having an experienced, effective, non-partisan civic association not afraid to stand up to City Hall or anyone else. There is strength in numbers, and people in every neighborhood need to realize that.”