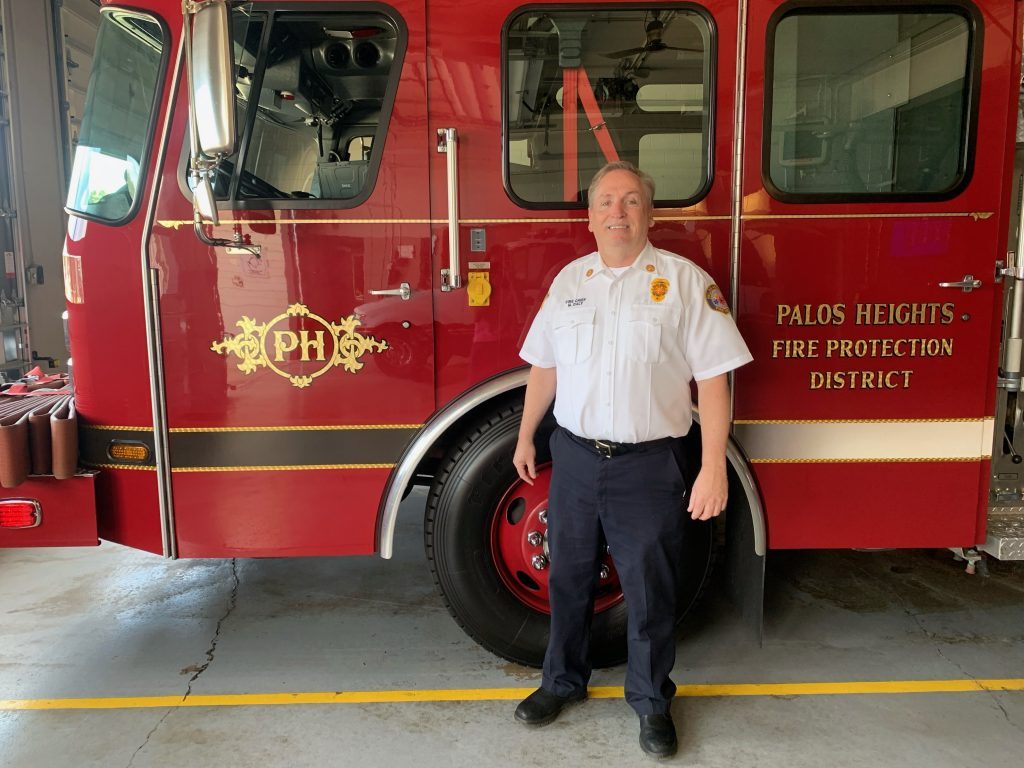 Even after more than 30 years in fire protection, Michael Daly said he was still excited to come to work.

“I’m very lucky to have a career that I enjoy,” said Daly, who became fire chief for the Palos Heights Fire Protection District in March. “I still like to work. I enjoy helping make progress in different departments and seeing improvement. I like the people I work with, and I like mentoring and training.”

Daly was fire chief for his hometown of Bridgeview before retiring in January 2021. He became acting chief in 2015 then permanent chief in 2018.

“I feel like I’m too young to stop working,” Daly said. “[Palos Heights] has a great fire department that has a good history. People are very welcoming, and the people I work with are genuinely concerned for the residents. They love their jobs.”

As fire chief, Daly runs the day-to-day operations of his department including finance management and administration. Occasionally, he goes on calls and supervises on the street.

The Palos Heights department has a crew of seven firefighters on shift daily, split between the stations located at 12300 Harlem Ave. and 13101 Ridgeland Ave. Daly’s team gets an average of eight calls a day.

Firefighters work 24-hour days, with one day on and two days off and provide services to the city of Palos Heights as well as nearby unincorporated Cook County. They are also licensed paramedics.

“It’s a dual role,” Daly said. “More than half of our calls are emergency medical calls, so it’s a good value. They can be to the home here within around five minutes.”

Daly said his department has a mission to spread prevention education.

“It’s important to us that we’re approachable and that we’re available,” Daly said. “We have a relationship with the school district, and we do some safety planning with them. We teach [students] basic safety: smoke detectors, escaping their homes, exit plans. Prevention is as important as the job we do.”

Daly said he would like residents to know that he is “here to serve the community.”

“I’m available if anybody has any questions,” Daly said. “We hope to keep the tradition of the fire department and provide the best services we can.”