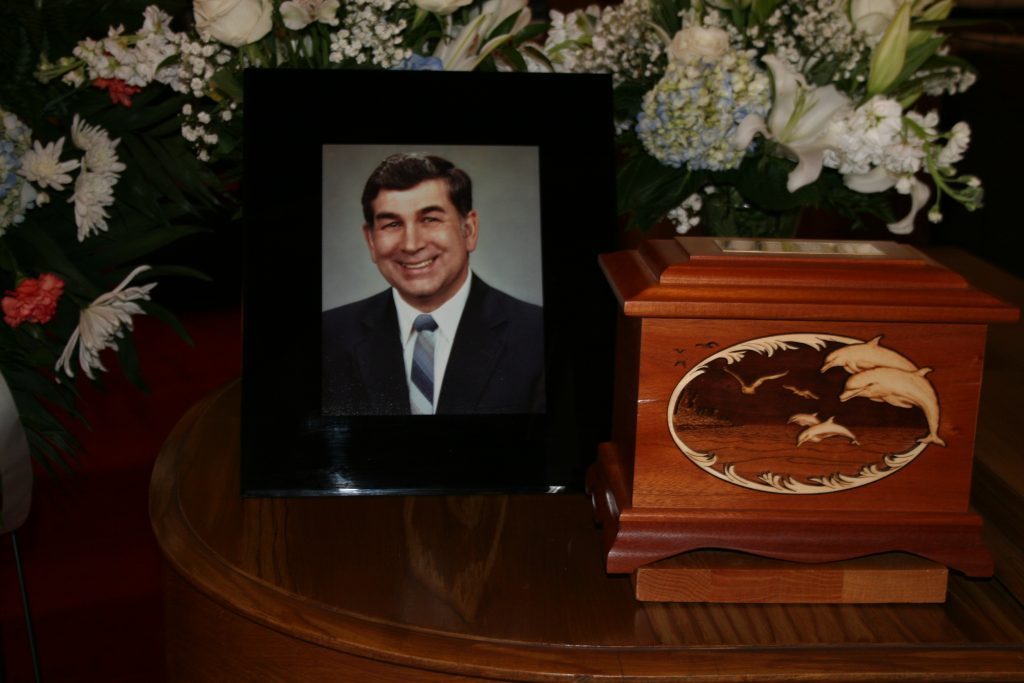 A memorial service was held Saturday for John George, who was a longtime teacher and coach at Evergreen Park Community High School. (Photos by Joe Boyle)

Words of praise have never been scarce from the Evergreen Park community for John Elias “Coach” George.

Relatives, friends, colleagues and former students were in attendance during a memorial service for George, a longtime teacher and coach at Evergreen Park Community High School.

George died June 3, 2020, but a public memorial service was delayed due to the pandemic. The service for George, who was 87 years old at his passing, was held Saturday morning at First United Methodist Church in Evergreen Park. 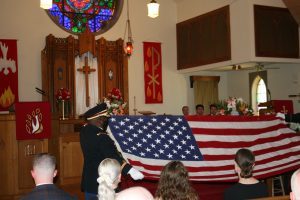 Representatives of the U.S. Army present the flag that was later given to Marian George, widow of John George, during a memorial service Saturday at First United Methodist Church in Evergreen Park.

Accolades were frequent for George during the service. He spent 36 years — from 1957 to 1993 — as a teacher, coach, administrator and dean of the school.

He also served two terms as an Evergreen Park trustee from 1979 through 1987.

George married Marian Rollins in Washington, Pa., on July 7, 1956. They had two sons, Rich and Ron, and several grandchildren. He also served in the Army.

Sheila George, a daughter-in-law, spoke during the service of the coach’s early years growing up on a farm in Pennsylvania. He was from a large family that included 12 brothers and two sisters. It was this upbringing that made him humble and devoted to family and community, she said.

“He taught Rich and Ron how to take apart a car and put it back together again,” Sheila said. “He loved his grandchildren and taught us his love of biology. He had a soft spot for all creatures, large and small. At work, he was tough but was a compassionate coach.” 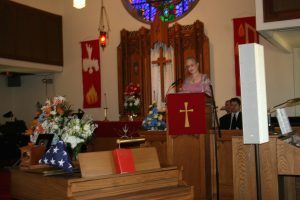 Sheila said that her father-in-law’s love of fishing was well known. He organized annual summer trips to Canada with family for 41 years, through 2008.

He was proud of the honors he received after his many years at Evergreen Park High School. George was the first member of the EPCHS Hall of Fame Class inducted in 2008. He had also been named to the National Wrestling Hall of Fame, Illinois Chapter, in 2002.

“He seemed especially touched to be named to the Evergreen Park High School Hall of Fame,” Sheila said.

“So many hearts are so heavy that he has left the Earth,” Sheila added. “Well done from a good and faithful servant.”

At the beginning of the service, representatives of the Army presented the American flag to Marian. Rev. Caitlyn Nesbit, pastor of First United Methodist Church, said that John George loved his family and community. His actions and dedication to service affected many lives, she said.

“He was without a doubt a person who was dedicated to making the world a better place,” Nesbit said.

George’s achievements are noteworthy, instilling ethics and character in his students to be better people, the pastor said.

“It wasn’t about him, it was about family,” Nesbit said.

At the conclusion of the service, family and friends gathered in the church hall to view old photos and discuss their memories of the longtime teacher and coach.

Evergreen Park Trustee Carol Kyle did not know John George personally but felt compelled to attend the service to pay her respects.

“I became a trustee in 1988 just after he left,” Kyle said. “Everything I heard about him is that he was a good guy.” 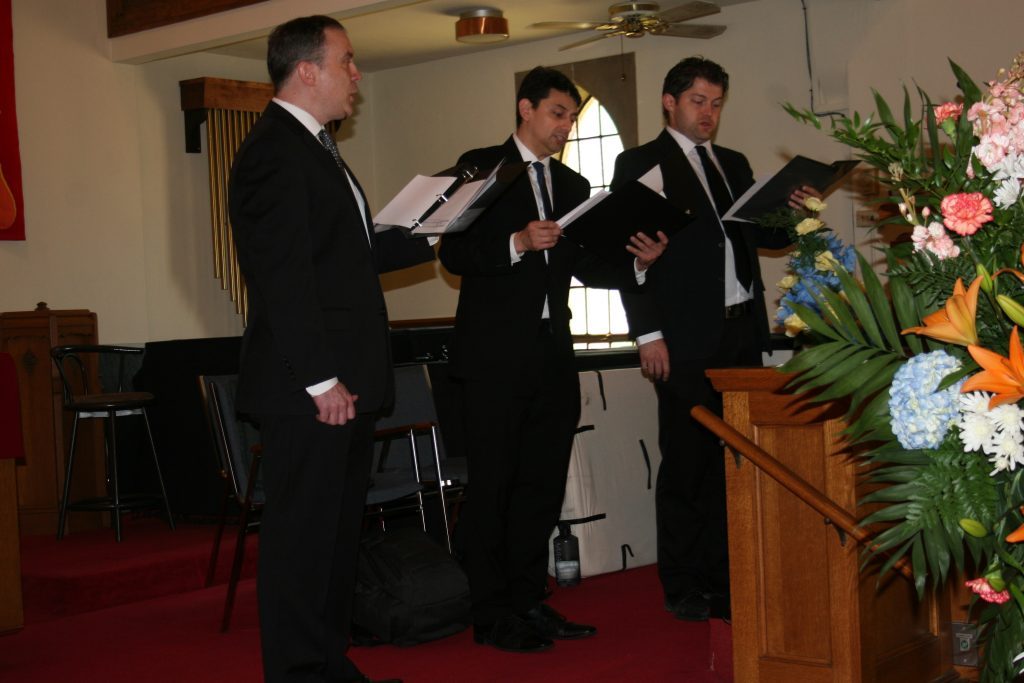